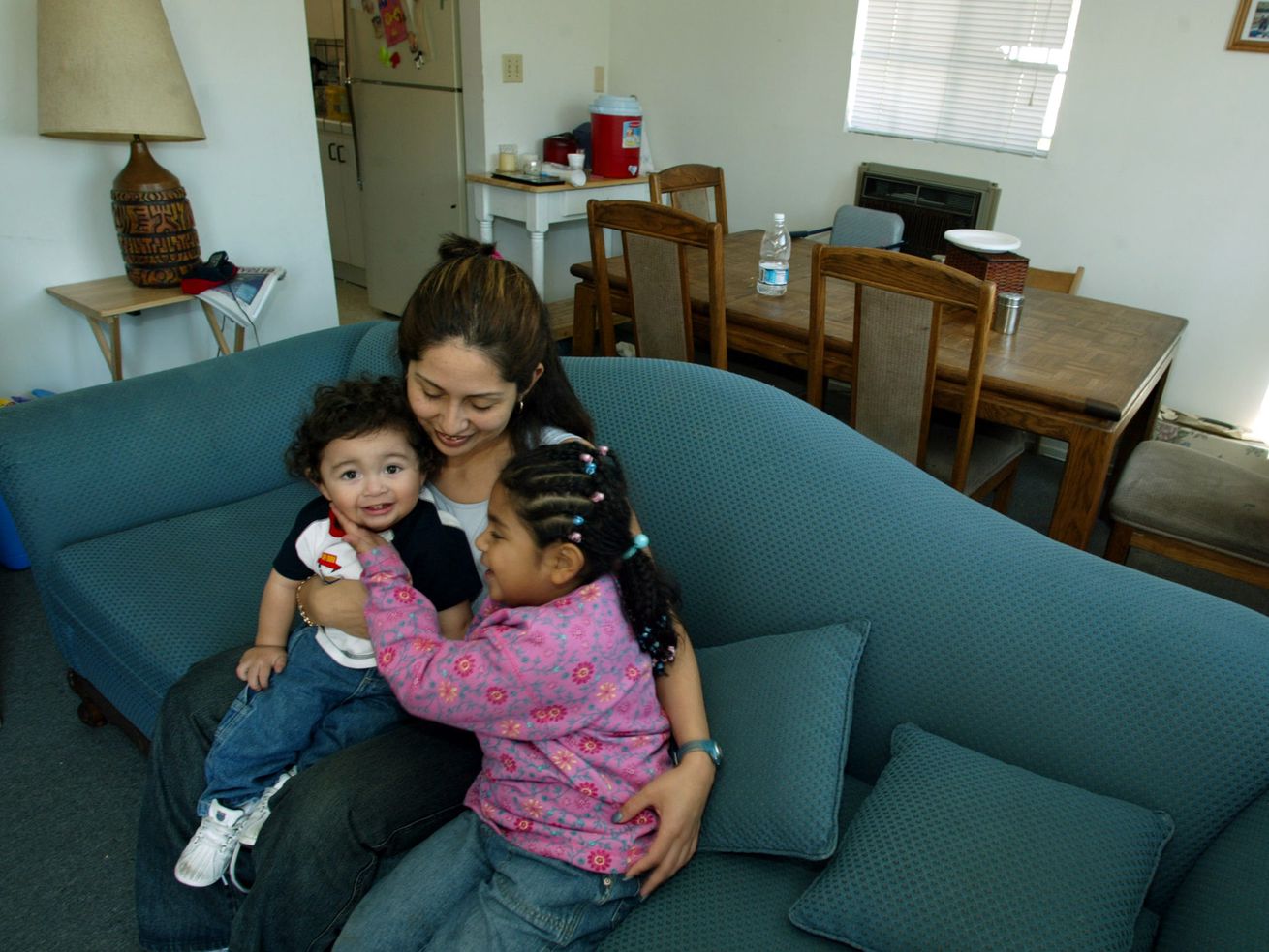 A “caregiver EITC” would reward parents who stay at home.

About 11 million parents in the US don’t work for a wage. Most of those are stay-at-home moms primarily at home for caregiving reasons, but it’s a group that also includes ill or disabled parents, parents who are retired, and parents still in school.

And for full-time caretakers without a partner who’s working, the US tax code currently doesn’t offer much.

The two big tax benefits for low-income parents — the Earned Income Tax Credit (EITC) and the Child Tax Credit — are both premised on work. The EITC offers massive benefits — up to $5,828 for parents with two qualifying children — but to get the full benefit, parents have to be in a household earning more than $14,570. That limits the benefits going to poor or extremely poor households without a working adult, which have to rely on benefits like food stamps and support from extended family to get by. The Child Tax Credit is even worse, as benefits don’t even start to kick in until a household earns $3,000.

However, a new policy idea, endorsed by a number of Democrats in Congress and pushed by the influential (and deep pocketed) Economic Security Project, would transform the safety net for non-working parents overnight. The idea, known as “caretaker EITC” (and part of a broader proposal formally dubbed the “Cost of Living Refund”), would treat caring for children or vulnerable adults as a job, and entitle caretakers to a full EITC credit for their work.

It’s a move that would likely weaken the incentive for work that the EITC provides, but also provide a fuller safety net for parents. It would create a more even financial playing field between parents (mothers especially) who drop out of the workforce and those who stay in. And it’s a change that has something for both sides of the political aisle: Social conservatives get a benefit that subsidizes families where mothers choose not to work, and liberals get a cash safety net for extremely poor parents who can’t find jobs.

How a caretaker EITC would work

This is how a single parent not working would find herself on the very lefthand edge of the chart — that is, with zero earnings and thus $0 in EITC benefits, no matter how many children she has.

Compare this to the “Cost of Living Refund,” a plan to expand the EITC that the Economic Security Project (a group run by Facebook cofounder Chris Hughes and activists Natalie Foster and Dorian Warren) has aggressively promoted, and which Sen. Cory Booker (D-NJ) has embraced in full as part of his 2020 presidential bid.

The Cost of Living Refund simplifies and improves the EITC in a number of ways. For one, it makes the EITC benefit dependent not on the number of children in a household but on the number of workers. But the most important change for our purposes is the dotted line in the below diagram starting at $0 in earnings:

What that means is that while non-caregivers would see their credit ($4,000 for singles, $8,000 for couples) phase in gradually with earners, caregivers would get the full credit right away. Whereas a single parent with no earnings would get $0 from the EITC under current law, the Cost of Living Refund would give her $4,000.

This is only one model of how a caregiver benefit would work. A number of other bills in Congress — including variants on the Cost of Living Refund by Sen. Sherrod Brown (D-OH) and Rep. Ro Khanna (D-CA), and the EITC Modernization Act from Rep. Bonnie Watson Coleman (D-NJ) — would also extend the EITC to caregivers. The bills generally also extend the credit to full-time students, in a similar attempt to recognize the value of non-wage work.

In a static analysis, these additions would not cost too much money. Elaine Maag, Donald Marron, and Erin Huffer of the Tax Policy Center analyzed the idea of adding caregivers and students in a recent report and estimated the cost at $70 billion over 10 years, or about a 20th of the cost of the Trump tax cuts.

“There aren’t that many caregivers of children under 6 that aren’t working — so they’re mostly already getting the EITC,” Maag explained in an email. The addition might discourage wage work, but Maag notes that this effect might induce employers to increase wages: “If people have an option to get a benefit without working, then work must pay enough to make it worth going to work.”

An alternative to a basic income

The latest push for a caregiver EITC can be credited, in a circuitous way, to rising interest in basic income in Democratic-aligned tech circles.

Chris Hughes, the multimillionaire Facebook cofounder, founded the Economic Security Project with Foster and Warren initially as a organization for “thinking through how a basic income might work, how we might pay for it, how to most effectively talk about it, and what a political roadmap might be to put it in place.”

In early 2018, Hughes released Fair Shot, a book laying out his vision of basic income, which had a pragmatist twist: It would be reserved for working people. At the same time, Hughes sought to expand the definition of “work” so the guarantee extended as broadly as possible, to include people like students and caretakers.

You can think of the Cost of Living Refund that Hughes’s group is now pushing at both the federal and state levels as a kind of practical evolution of that idea: achieving basic income-like levels of cash support in a system that prizes work not by throwing out work requirements, but by expanding the definition of work.

That argument could also be helpful in pushing for another major part of the Democratic anti-poverty agenda: a fully refundable child tax credit. Transforming the credit from something restricted to working adults to a universal benefit for all parents would similarly increase resources going to the work of caregiving, and unlike the caregiver EITC, the credit would grow with the number of children being cared for. Otherwise, the eligibility criteria would be identical: The caregiver EITC as currently designed goes to all taxpayers with dependents, just as a fully universal child credit would.

A caregiver EITC doesn’t go as far as some critics of the credit would in decoupling benefits entirely from wage work. Childless adults who can’t or don’t find work would still be out of luck; even some adults with children would be excluded, as eligibility for the credit would be based on claiming a child as a dependent, which some non-custodial parents cannot do. But it would represent a meaningful shift in that direction, and an evolution of the safety net toward true universality over ties to work.