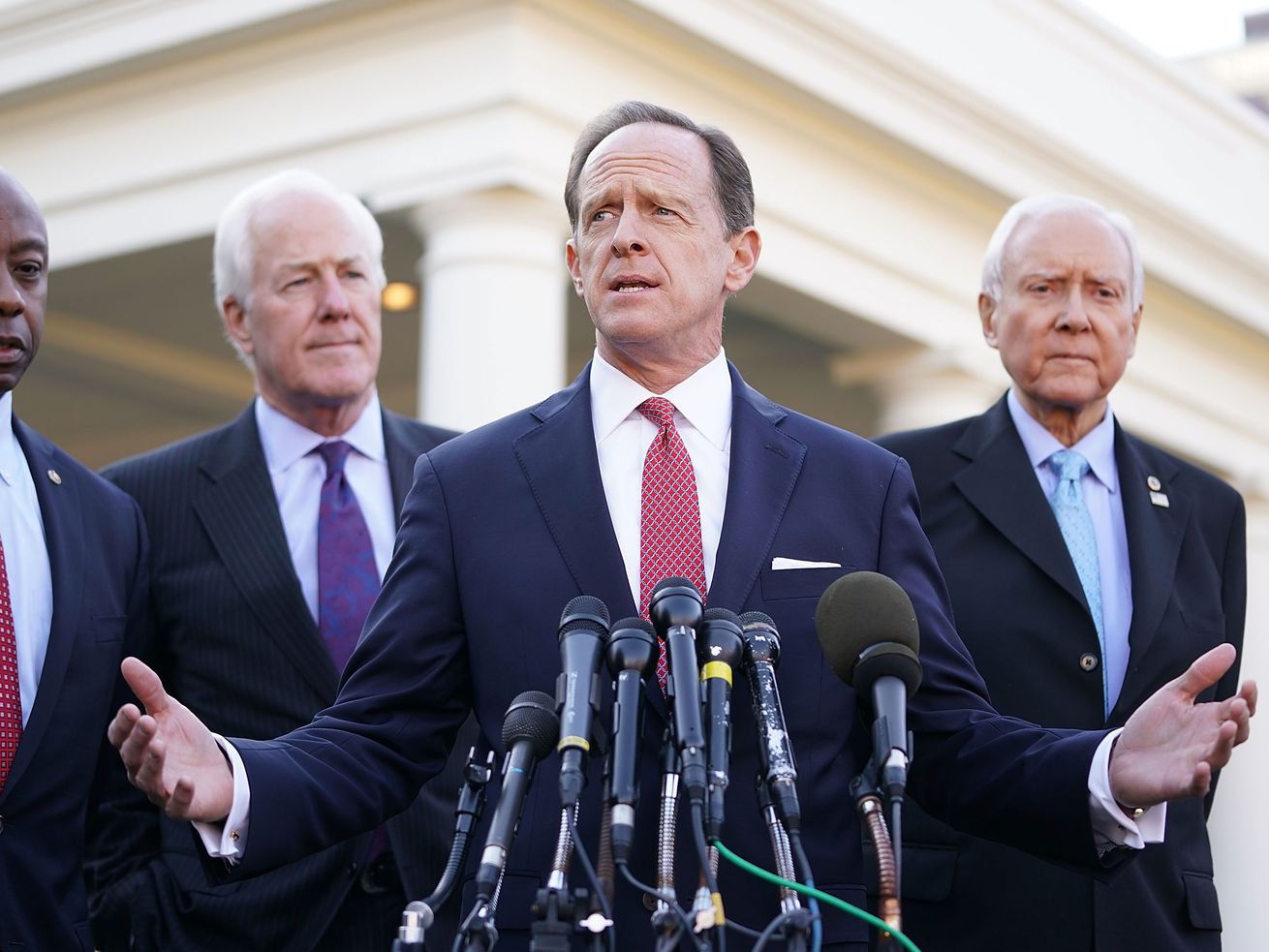 GOP senators are ready to hear from Christine Blasey Ford. Not so much from Deborah Ramirez.

When Christine Blasey Ford came forward with allegations that Supreme Court nominee Brett Kavanaugh sexually assaulted her in high school, a chorus of Democratic and Republican senators said she should have the opportunity to testify.

Deborah Ramirez, who said Kavanaugh exposed himself to her in college, isn’t getting the same reaction from Republicans.

Majority Whip John Cornyn said the Senate Judiciary Committee is in touch with Ramirez’s lawyers, but it’s not clear where that will lead. Among seven Republican senators who were asked whether they thought Ramirez should testify in the Senate, only one said Ramirez should be heard under oath: Sen. Susan Collins (ME).

This exchange with Sen. Pat Toomey (PA) was perhaps the most revealing. Earlier Monday evening, Toomey said he would “pay attention carefully to what is said in the hearing and then make a final decision in the context of everything we know about Judge Kavanaugh.” But asked whether he thought Ramirez should testify, Toomey walked around what seemed to be a “no.”

I was wondering whether you thought Deborah Ramirez should testify in front of the Senate Judiciary Committee and whether you would need that much more information?

I will have more than enough information after the hearing as I currently understand it to be scheduled.

So you don’t need to hear more from her? Just from Ford?

After the hearing Thursday I will be prepared to vote.

And what’s the difference between the level of credibility?

I will be prepared to vote on Thursday.

Sorry, I just want to make sure I understand —

— And I understand the question.

Toomey’s remarks are in line with a now well-established sentiment from Republicans: Ford should be heard, but they know Kavanaugh to be an honest and honorable man.

On Monday, several top-ranking Republicans called the allegations of sexual assault part of a Democratic smear campaign. They’ve been careful not to call Ford a liar. (Utah Republican Sen. Orrin Hatch, who sits on the Senate Judiciary Committee, called Ramirez a “phony,” however, and said Ford is “sincerely wrong” about her allegations.) But they’re saying they believe Kavanaugh.

“It should be clear now to all Americans that Democrats are engaged in a coordinated effort to stop Judge Kavanaugh’s confirmation by any means possible,” Hatch said.

Republicans are making clear that they aren’t inclined to believe Ford — and many, like Toomey, don’t see the need to even hear from Ramirez.

Clarification: Collins did not specify that Ramirez should be heard under oath in public testimony, but said that she should be interviewed by committee staff under oath.