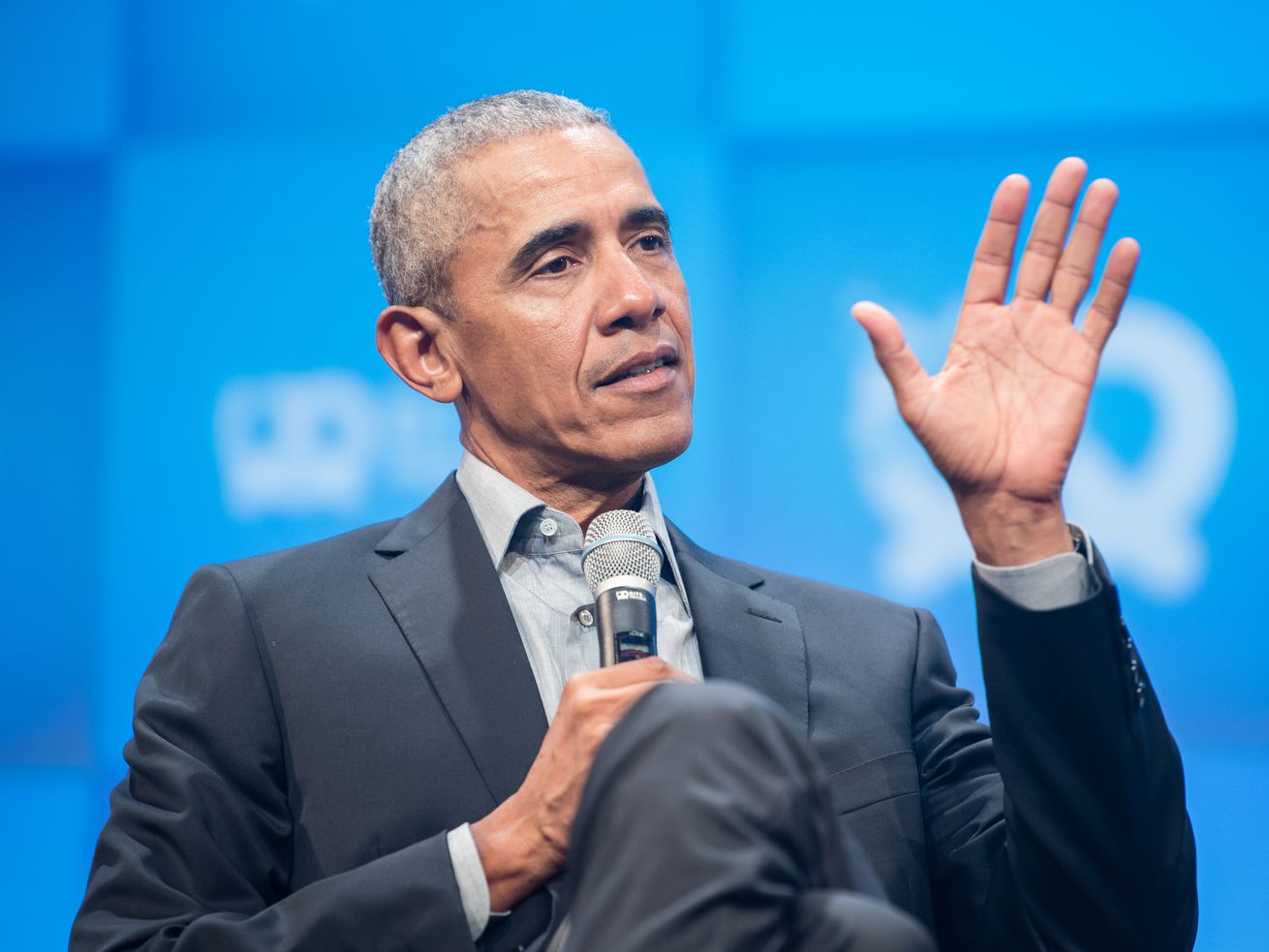 Obama said leaders today “aren’t even pretending to be in charge.”

In his first major national address since the coronavirus pandemic began, former President Barack Obama delivered a commencement speech to graduates at historically black colleges and universities (HBCUs) Saturday. And much of his advice encouraging students to become leaders doubled as an indictment of the Trump administration’s management of the pandemic.

“More than anything, this pandemic has fully finally torn back the curtain on the idea that so many of the folks in charge know what they’re doing,” Obama said in a video streamed online as part of the “Show Me Your Walk H.B.C.U. Edition” virtual commencement. “A lot of them aren’t even pretending to be in charge.”

On the whole, Obama struck his signature tone of calm and measured optimism, and used the country’s current economic and public health crises as springboards for discussing his usual political themes, including the importance of community organizing and finding common ground outside of comfort zones. And he also emphasized the unique injustices faced by young black people like Ahmaud Arbery at a time when some political leaders are arguing that coronavirus is an equalizer of sorts.

“Let’s be honest, a disease like this just spotlights the underlying inequalities and extra burdens that black communities have historically had to deal with in this country,” he said. “We see it in the disproportionate impact of Covid-19 on our communities, just as we see it when a black man goes for a jog and some folks feel like they can stop and question and shoot him if he doesn’t submit to their questioning.”

Obama went on to tell graduates that it is because of challenges such as these that they are needed as active citizens who can engage deeply with the world in a time of crisis. “No generation has been better positioned to be warriors for justice and remake the world,” he said.

And in encouraging his audience to foment change, the former president offered a thinly veiled criticism of Trump’s divisive political style.

“So rather than say, ‘What’s in it for me?’ or ‘What’s in it for my community and to heck with everyone else,’ stand up for and join up with everyone who’s struggling — whether immigrants, refugees, the rural poor, the LGBTQ community, low-income workers of every background, women who so often are subject to their own discrimination and burdens and not getting equal pay for equal work,” Obama said. “Look out for folks whether they are white or black or Asian or Latino or Native American. As Fannie Lou Hamer once said, ‘Nobody’s free until everybody’s free.’”

In some ways, the remarks were a more polished version of comments Obama made recently during a private call with members of the Obama Alumni Association, when he expressed sharp criticism of Trump’s handling of the coronavirus pandemic.

“It has been an absolute chaotic disaster,” Obama said during the call, which included thousands of people he’d worked with in the past. “What we’re fighting against is these long-term trends in which being selfish, being tribal, being divided, and seeing others as an enemy — that has become a stronger impulse in American life.”

But while Obama’s remarks on Saturday were less pointed than the criticisms made during his call, they were a call to action nonetheless.

“And on the big unfinished goals in this country, like economic and environmental justice and health care for everybody, broad majorities agree on the ends. That’s why folks with power will keep trying to divide you over the means,” Obama said toward the end of the commencement speech. “Because that’s how nothing changes. You get a system that looks out for the rich and powerful and nobody else. So expand your moral imaginations, build bridges, and grow your allies in the process of bringing about a better world.”

The speech won’t be Obama’s final commencement address in 2020 — his next graduation speech, to high school seniors, will take place Saturday at 8 pm ET, and he will deliver a third address to 2020 graduates at 3 pm ET on June 6.