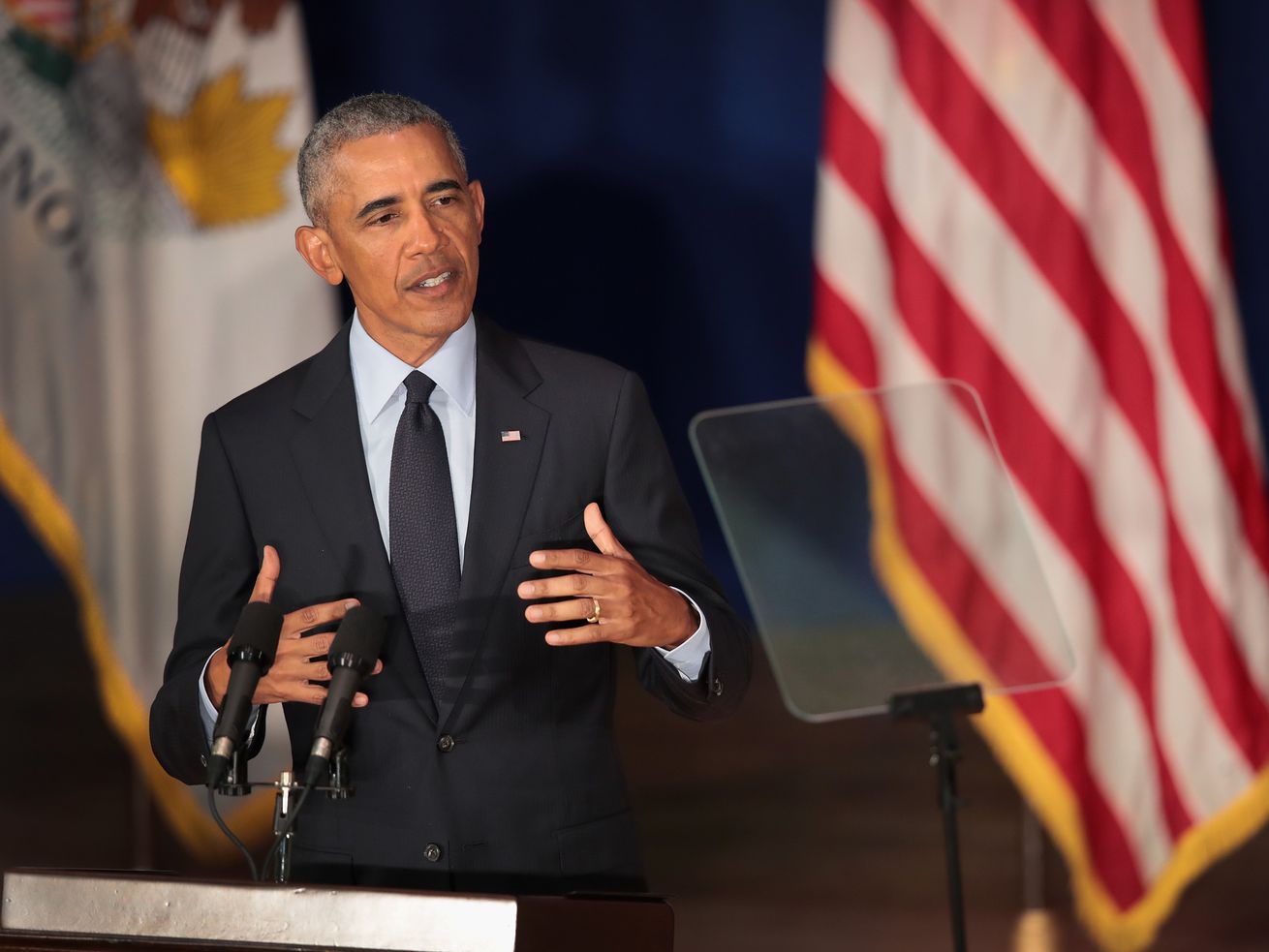 It used to be about rejecting partisanship. Not anymore.

Barack Obama is no longer seeking elected office. His speech at the University of Illinois (my undergraduate alma mater) last week reflected this reality; he talked about his intention to follow a norm that ex-presidents should “exit the political stage.”

But in another way, Obama is right in the space where he does best; he was more popular as a candidate than as president, and many of his finest moments have come in talking about unity. In April 2008, he talked frankly about the racial divide while citing common values. In his acceptance speech after winning the presidency later that year, he promised those who didn’t vote for him that “I will be your president too.” And in the keynote address at the 2004 Democratic National Convention — the one that turned him into a truly national figure — was all about finding common ground and defying stereotypes about partisan divisions.

The kind of speech where Obama levels with his audience, dispassionately delivering hard truths won through careful observation, is really his rhetorical home turf. It’s his equivalent of what empathy was for Bill Clinton, or talking about salvation and evangelical religious beliefs for George W. Bush.

Obviously, things have changed. We could read Obama’s speech as a change in his approach, though it still reflected some of his familiar themes, like civic duty and civic action — even though these may not be precisely the right appeals for the moment. But I’d also argue that it bookends his 2004 speech in a different way, showcasing the changing relationship between authenticity and partisanship.

Political scientists are rightly skeptical of authenticity. Richard Skinner, Seth Masket, and Brendan Nyhan have written about authenticity’s emptiness as a concept. I’ve written about how I think it has gender and race implications. Scholars in the communications field are even sharper in their critique, pointing out that politicians who come off as authentic are almost always engaging in theatrics.

It’s a frustrating concept, like populism and mandates (two things I’ve thought a bit about). It seems unlikely that it would operate in a way that’s accurate and meaningful at the same time; it derives its definitional power in its absence.

As with mandates and populism, authenticity is part of the popular lexicon of politics, and political scientists ignore it at our peril. This is especially true in light of our slowness to fully grasp all that was going on in the late years of Obama’s presidency.

It’s also important as we try to understand the nature, causes, and manifestations of institutional distrust that inform so much of US politics at the moment. Like populism, authenticity exists in contrast to the conventions and structures of politics.

Specifically, authenticity in electoral and especially presidential politics has rested on the idea of transcending partisanship — artificially imposed divisions that reflect the “mess in Washington” rather than the authentic realities of ordinary life. It’s what made Obama’s original rhetoric powerful.

In a 2015 piece about the superficial authenticity of Chris Christie — a former New Jersey governor and briefly the chair of the Opioid and Drug Abuse Commission in the current administration — John Dickerson points out a list of politicians who have been praised for their authenticity. In addition to Obama, the modern politicians on the list are John McCain, Jimmy Carter, and Bernie Sanders — all figures who defined themselves as being outside of, or at odds with, standard party politics to varying degrees.

Not surprisingly, this is complicated in the world of contemporary politics, where partisanship increasingly shapes attitudes and behavior. Partisanship mattered, research shows, for perceptions of authenticity in the 2012 race. And Obama’s speech last week in Urbana, Illinois, drew on his old authenticity tropes, suggesting a reluctance to enter the political arena but a willingness to frankly describe the country as he saw it. This time, this description came in the form of a critique of the Republicans and the administration, and an explanation of Democrats’ “good old ideas” and “good new ideas.”

Presenting oneself as a partisan still has costs; Samara Klar and Yanna Krupnikov demonstrate how many Americans see partisanship as undesirable and hide their partisanship accordingly. Embracing it in a raw and unapologetic form is in line with low self-monitoring — in other words, with presenting oneself authentically. But this goes against previous norms in which politicians striving to be authentic would attempt to shed the artificial trappings of party and partisanship.

None of us — not you, the reader, nor me, the writer, are going to get out of this piece without thinking about Trump. Obviously, perceptions of authenticity have been part of his political persona, and these appeals are tied up in his rejection of “PC” and perceived willingness to “tell it like it is” about particular groups in US society.

It’s unlikely that Trump is responsible for this shift in what authenticity means. Partisan polarization was reshaping presidential politics long before he came on the scene. But it is possible that he’s helped to link authenticity with expressing negative views.

To the extent that authenticity can now include genuine expressions of partisanship — dislike for the other party, but also esteem for one’s own party — this is probably a positive development. The idea that conflict is a natural occurrence in politics is a good one for us to grasp and grapple with.

Still, such a sharp transformation in a concept like authenticity illustrates how much the intersection of presidential politics, party polarization, and political communication has changed in a relatively short time.