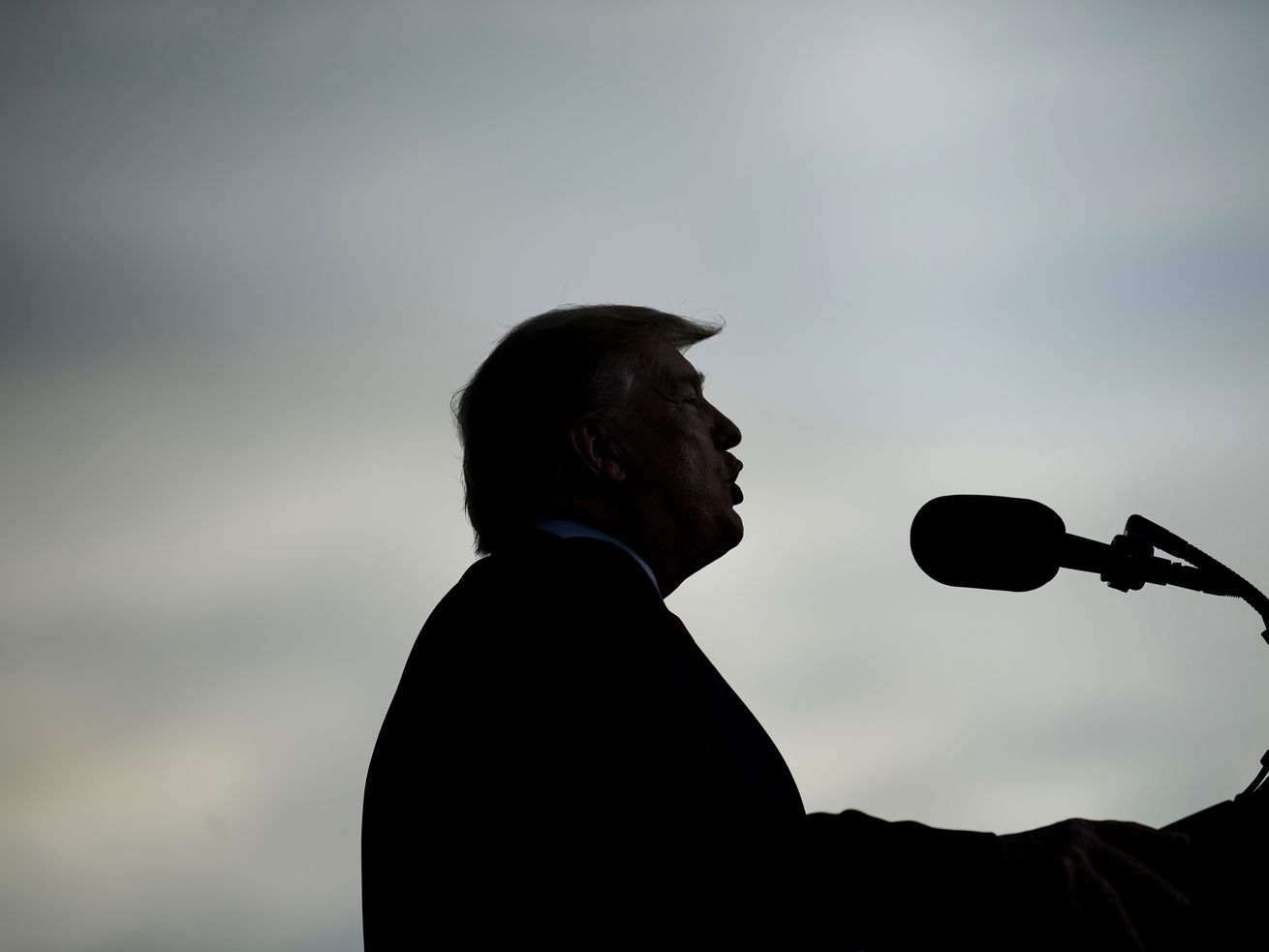 Delegitimizing Obama is one of the core political objectives of the Trump administration.

The past week has seen President Trump, desperate to distract from the coronavirus, turn his attention to the promotion of a new conspiracy theory: “Obamagate.”

This theory posits the prosecution of former National Security Adviser Michael Flynn was part of a broader scheme against the Trump presidency, masterminded by former President Barack Obama. It’s not at all clear how this is supposed to come together; Trump could not explain it when asked a press conference, saying that “some terrible things happened” and that “the crime is very obvious to everybody.”

But while Obamagate may not make very much sense on the merits, it makes complete sense as an ideological totem. It is eerily reminiscent of the conspiracy theory Trump rode to political prominence a decade ago: birtherism.

The notion that Obama was not born in the United States was never even remotely plausible. But it served a particular ideological function: It otherized America’s first black president, claiming that he was not American-born at all, and that therefore he and his election were illegitimate. It took the popular conservative idea that Obama was ideologically foreign to the country (remember his “Kenyan, anti-colonial” worldview?) and turned it literal.

That Trump played a major role in popularizing birtherism, and then rode a wave of white resentment to the White House, is not an accident. Birtherism was proof of concept that a more vulgar politics of white backlash could find a real audience in the GOP, evidence that the party was waiting to be captured by Trump’s longstanding brand of racial demagoguery.

Trump eventually admitted, grudgingly, during his 2016 campaign that Obama was born in America. But the spirit of birtherism has infused his administration. Throughout his presidency, Trump has positioned his predecessor as a nefarious plotter working to undermine the quest to Make America Great Again. From Trump’s absurd 2017 claim that the 44th president “wiretapped” him to his new demand that the Senate make Obama testify about “Obamagate,” he has painted Obama’s presidency as illegitimate and fundamentally criminal.

Delegitimizing Obama is one of the core political objectives of the Trump administration. The question today is how much he’s willing to corrupt the justice system in pursuit of it.

Obamagate and birtherism reveal the real heart of Trumpism

Birtherism tapped into a very particular kind of racialized critique of Obama: a free-floating sense that something about him was not truly American. You saw in the right-wing media habit of always using his middle name — Barack Hussein Obama. You saw it in the accusation that when he and his wife fist-bumped during the 2008 campaign, it was a “terrorist fist jab.” You saw in the allegation, which some still believe, that he is secretly Muslim.

These arguments, while not explicitly framed in terms of Obama’s skin color, reflect the way America’s racial caste system operates in polite society. Everyone knows using the n-word is unacceptable, but describing black people through stereotypes in media and everyday life remains commonplace. Though formal discrimination in hiring is outlawed, careful studies have established that black applicants are significantly less likely to be hired than white ones.

The idea of Obama’s foreignness was always a way of saying that his race made him ineligible for high office, just in this coded language. Trump’s advocacy for birtherism, a theory he promoted relentlessly in media appearances and on Twitter in Obama’s first term, took this abstract idea and turned it into a concrete rallying cry. Obama doesn’t just think in a foreign way, the idea posits; he’s a literal foreigner who is ineligible for his office, an un-American interloper who occupies the presidency unlawfully.

The move takes a generically coded racist attack and turns it into an actual attack on presidential legitimacy.

A leader’s legitimacy is an essential component of effective governance in a liberal democracy. It is the idea that political authorities have been properly authorized by the people and the law to exercise authority, and thus are entitled to wield power. Democratic legitimacy allows citizens to accept the rule of people they disagree with; you may not like how they wield power, but at very least you accept that election results mean they have the right to do it.

Birtherism was the idea that Obama was not entitled to this legitimacy in a very literal sense. Because foreign-born individuals are not legally eligible for the presidency, it claimed, Obama’s victory was unlawful: The people were duped by a fake American. It gives reason for people afflicted by generalized racial panic to justify their belief that Obama did not deserve to be in the Oval Office — and thus, did not deserve the respect or authority they’ve conferred on his white predecessors.

Obamagate operates in essentially the same fashion. It argues that Obama was not a legitimate leader because he broke the law (somehow). He masterminded a conspiracy to undermine Trump, who is the people’s “authentic” representative, and illegally coordinated the “deep state” in its counterattack on the duly elected president.

The racial politics are, similarly, just barely below the surface. In labeling Obama “foreign,” Trump positioned a black president as alien to the rightful and correct order of things in the United States. In labeling Obama “criminal,” he’s drawing on centuries of stereotyping of black people as criminals who need to be reined in by white authority figures.

Obamagate, like birtherism, directly embodies the grievances many whites have with recent challenges to white dominance. It signals to them that Trump could not stand the fact of this man’s presence in the office: the political equivalent of describing Obama as a “thug.”

Conspiracy theories are by their nature impossible to disprove. After Obama released his “longform” birth certificate from Hawaii, Trump repeatedly insisted that it was forged. The absence of evidence for the claim that Obama persecuted Flynn — a man who, to be clear, pleaded guilty to lying to the FBI — is no obstacle to Trump pursuing it.

This allows the crusade to go on as long as it’s useful. Whenever Trump needs to rally the political faithful, to gin up his most hardcore supporters, he can dial up the racism dial to 11 by seizing on some anti-Obama conspiracy theory. Just by making these wild allegations, Trump force serious coverage of them by credulous reporters — allegedly balanced reporting that just aims to teach the controversy, as it were.

Birtherism was the first iteration of this Trumpian move. Obamagate, while the most recent, might not be the last.

In a recent essay on birtherism, the Atlantic’s Adam Serwer describes it as not a sideshow to the Trump phenomenon but the center of it:

Birtherism was a statement of values, a way to express allegiance to a particular notion of American identity, one that became the central theme of the Trump campaign itself: To Make America Great Again, to turn back the clock to an era where white political and cultural hegemony was unthreatened by black people, by immigrants, by people of a different faith. By people like Barack Obama. The calls to disavow birtherism missed the point: Trump’s entire campaign was birtherism…

You could call birtherism a conspiracy theory, sure. But in 2020, looking at the Trump administration’s efforts to diminish the power of minority voters, imprison child migrants, ban Muslim travelers from entering the country, and criminalize his political opposition, it could be more accurately described as the governing ideology of the United States.

The more Trump pursues Obamagate, the harder this point will be to deny.