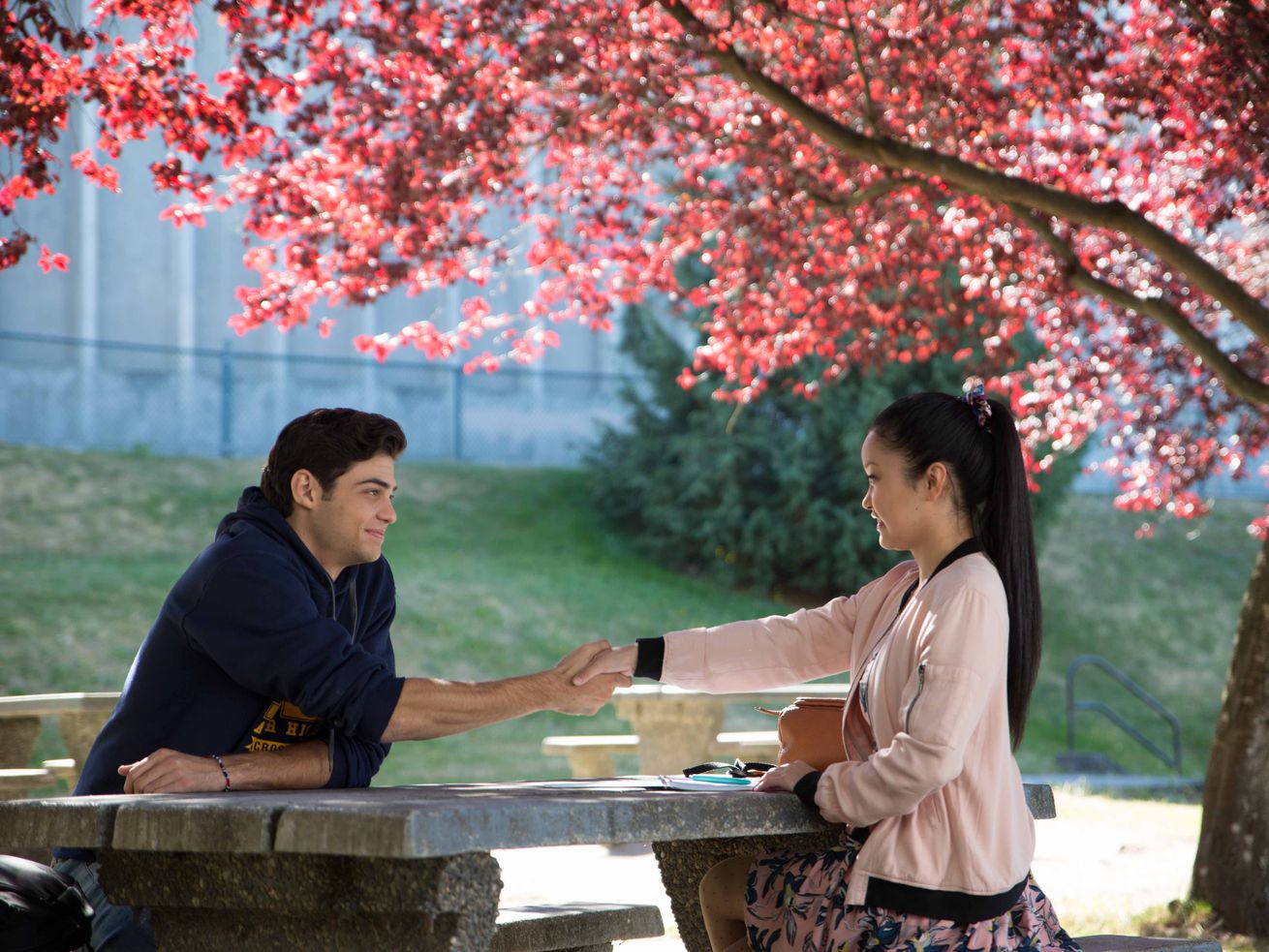 It’s an unabashedly sweet movie that doesn’t deconstruct its tropes. It just executes them beautifully.

To All the Boys I’ve Loved Before, Netflix’s new teen romantic comedy, is enchanting. It is what the kids call wholesome, pure, and Soft. I watched it on a Friday night and fell asleep with a smile on my face. Then I woke up on Saturday morning and decided to watch it again.

To All the Boys I’ve Loved Before is that kind of movie: the kind that is as sweet and addictive as candy, that wants its audience to indulge in multiple repeat viewings. And, because it’s on Netflix, you can — which means that, judging from the state of Twitter and Tumblr right now, To All the Boys is already well on its way toward developing a cult fanbase.

In part, that’s because of the way it plays off of familiar tropes and archetypes: not deconstructing them or taking them apart, just executing a classic formula with care and affection. But mostly, it’s because of the unabashed sweetness of this movie, and the way it builds itself around nice people who care about each other and want to do nice things for each other, like for instance writing each other love letters or letting the other person use them as a pillow during a nap. It is heart-melting.

To be fair, it does have an existing fanbase to draw from. To All the Boys is based on a 2014 YA novel of the same title by Jenny Han, which became a New York Times best-selling series. There’s name recognition to work with here.

But the Netflix movie, directed by Susan Johnson, isn’t just a paint-by-numbers adaptation. It’s a stylish pastel-tinted confection of a movie, one that knows every single one of the romantic tropes it’s working with backwards and forwards, and loves them with all its pure and wholesome heart.

To All the Boys I’ve Loved Before is unapologetically tropey. That’s a good thing.

To All the Boys I’ve Loved Before has a complex, high-concept premise, but at its heart, it’s one of the oldest stories out there: It’s a fake dating story.

In this case, circumstances conspire such that Lara Jean (Lana Condor), a Korean-American 16-year-old girl with an addiction to romance novels and a terror of talking to boys, must pretend to date Peter Kavinsky (Noah Centineo), the most popular boy in school. The plan is that with a fake relationship, Lara Jean will buy the time to get over her crush on her sister’s ex-boyfriend, and Peter will be able to make his ex-girlfriend jealous.

Of course you know immediately that, despite their best-laid plans, Lara Jean and Peter will fall in love, and there will be third act complications. That’s the point of a fake dating story. But what elevates To All the Boys I’ve Loved Before is how carefully and thoughtfully it executes Lara Jean and Peter’s inevitable romance.

We see the two bonding over their respective missing parents. (Her mother is dead, and his father walked out.) We see them debating pop culture (she likes Sixteen Candles, he likes Fight Club, for my money they are both wrong), and teaching each other about snack foods. There’s an easy, lived-in quality to their banter, but there’s still enough tension to drive the story; it’s comfortable and sparkly at the same time.

As Lara Jean, Condor boasts just the right levels of introverted quirkiness and comic despair, and her deadpan narration ushers the movie nicely along its tracks. As Peter, Centineo is sweetly yearning. Earlier this year, a viral Twitter thread writer by Alanna Bennett posited that “the number one thing a man in a romcom needs, TV or movie, is the ability to look at their love interest REALLY WELL”; rest assured, Peter looks at Lara Jean REALLY WELL.

The framework here is classic, but it’s also updated for 2018. Mostly.

To All the Boys I’ve Loved Before is a throwback to the golden age of teen movies in the ‘90s, and the ‘90s revival costumes — all slip dresses and chokers — make it clear that everyone involved intends as much. But it has also revamped the ‘90s teen movie to make sense for the 21st century.

This film is thoughtful about contemporary teen dating etiquette. Lara Jean and Peter sell their fake romance by making each other the background photos on each other’s phones. They talk about when to post pictures of each other on Instagram.

And To All the Boys also turns away from the blindingly white casts of ‘90s teen movies to center an Asian American heroine. It’s possible to criticize its methods here: The Korean Americans in this movie are played by, among others, a Vietnamese American actress and a Chinese American actress, and judging from the controversy over Crazy Rich Asians, that choice is sure to anger some audiences. But it is still so overwhelmingly rare to see a teen movie center an Asian American heroine that the choice to do so at all is worth some kudos.

And that choice was not inevitable: In a New York Times oped, Jenny Han wrote that only one of the production companies that approached her about adapting To All the Boys into a movie was willing to keep Lara Jean Asian American. “One producer said to me, as long as the actress captures the spirit of the character, age and race don’t matter,” Han wrote. “I said, well, her spirit is Asian-American. That was the end of that.”

In fact, one of the only parts of this movie that doesn’t feel like an effective update of the ‘90s teen romcom is the choice to leave Peter’s ex-girlfriend Genevieve as a one-dimensional bitch. The vapid mean girl villain was a staple of the ‘90s teen movie, but the best iterations of the genre subverted expectations by giving her a heart and a soul: Bring It On managed to pull that off, and so did Legally Blonde. If anything, the choice to flatten Genevieve into a paper doll of a villain feels like a step backward.

Still, Genevieve’s characterization is a rare misstep in the heart-melting romantic confection that is To All the Boys I’ve Loved Before. Mostly, this is a movie that believes that people are generally nice and good and deserve love, and that when you love someone you should be nice and good to them, and do such things as sit next to them on the school bus and buy them their favorite yogurt beverages. It is profoundly pure of heart.

To immerse yourself in this world is to immerse yourself in candy-colored sweetness, in a sense of warmth and sparkle and overwhelming coziness. It is a psychic refuge from a terrible world, and somehow it never once either becomes cloying or falls into the trap of easy cynicism. It’s simply, incredibly sweet.

Now, if you’ll excuse me, I’ve got a nearly perfect teen movie to watch for the third time in three days.