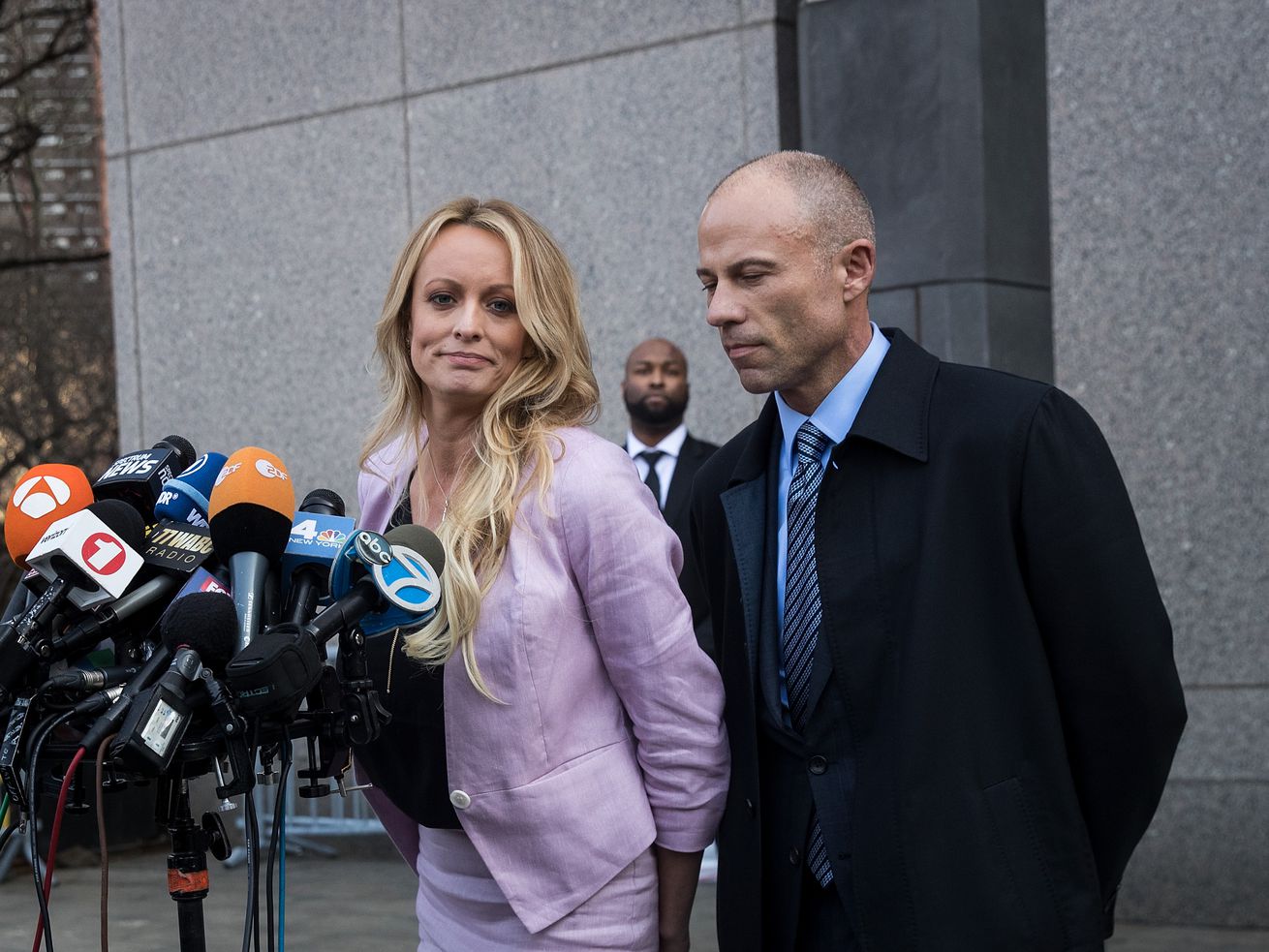 He wants the $130,000 in hush money back, too. But Michael Avenatti sees it as a way to avoid a deposition.

Michael Cohen wants to let Stormy Daniels out of the nondisclosure agreement she signed to keep allegations about her affair with President Donald Trump under wraps — and he wants the $130,000 he paid her to do so back.

Essential Consultants, the company Cohen used to make the hush payment, filed a status report in a Los Angeles federal court on Friday to rescind the 2016 agreement that was meant to keep Daniels from speaking out but has become part of Cohen’s recent legal troubles.

”Today, Essential Consultants LLC and Michael Cohen have effectively put an end to the lawsuits filed against them by Stephanie Clifford, aka Stormy Daniels,” Brent Blakely, Cohen’s lawyer, told CNN. “The rescission of the Confidential Settlement Agreement will result in Ms. Clifford returning to Essential Consultants the $130,000 she received in consideration, as required by California law.”

Friday’s filing would seek to let Daniels off the hook for the nondisclosure agreement — but it’s not a deal she is eager to take, according to her lawyer, Michael Avenatti. In a pair of tweets late Friday, Avenatti said he sees the maneuver as an attempt by Cohen to bar him from deposing the president and Cohen. “My client and I will never settle the cases absent full disclosure and accountability,” he said.

Michael Cohen is back to playing games and trying to protect Donald Trump. He is now pulling a legal stunt to try and “fix it” so that we can’t depose Trump and present evidence to the American people about what happened. He is not a hero nor a patriot. He deserves what he gets.

If the NDA is rescinded, Daniels will be able to speak freely about her alleged affair with Trump without the fear of legal or financial repercussions. As the Wall Street Journal points out, scrapping the agreement wouldn’t end all of Cohen’s and Daniel’s legal entanglements with one another: Daniels also has a defamation claim against Cohen related to his public comments. Both Cohen and Daniels have set up separate crowdfunding pages to help them raise money for their legal battles, including against one another.

The dismissal of the hush agreement lawsuit would likely mean that Avenatti wouldn’t be able to keep trying to depose Trump or Cohen about the payment, and that’s where Avenatti has taken issue. He told the Journal he would be “shocked” if Daniels agreed. “This is a hail Mary to try and avoid [a deposition], that’s my first guess,” Avenatti told CNN.

Daniels and Avenatti are scheduled to appear on ABC’s The View next week, where they’ve teased a “big announcement.”

As for the $130,000, Daniels already offered to pay it back months ago, though it’s unclear who would keep the money if she does return it. Trump reimbursed Cohen for the payment after it was made.