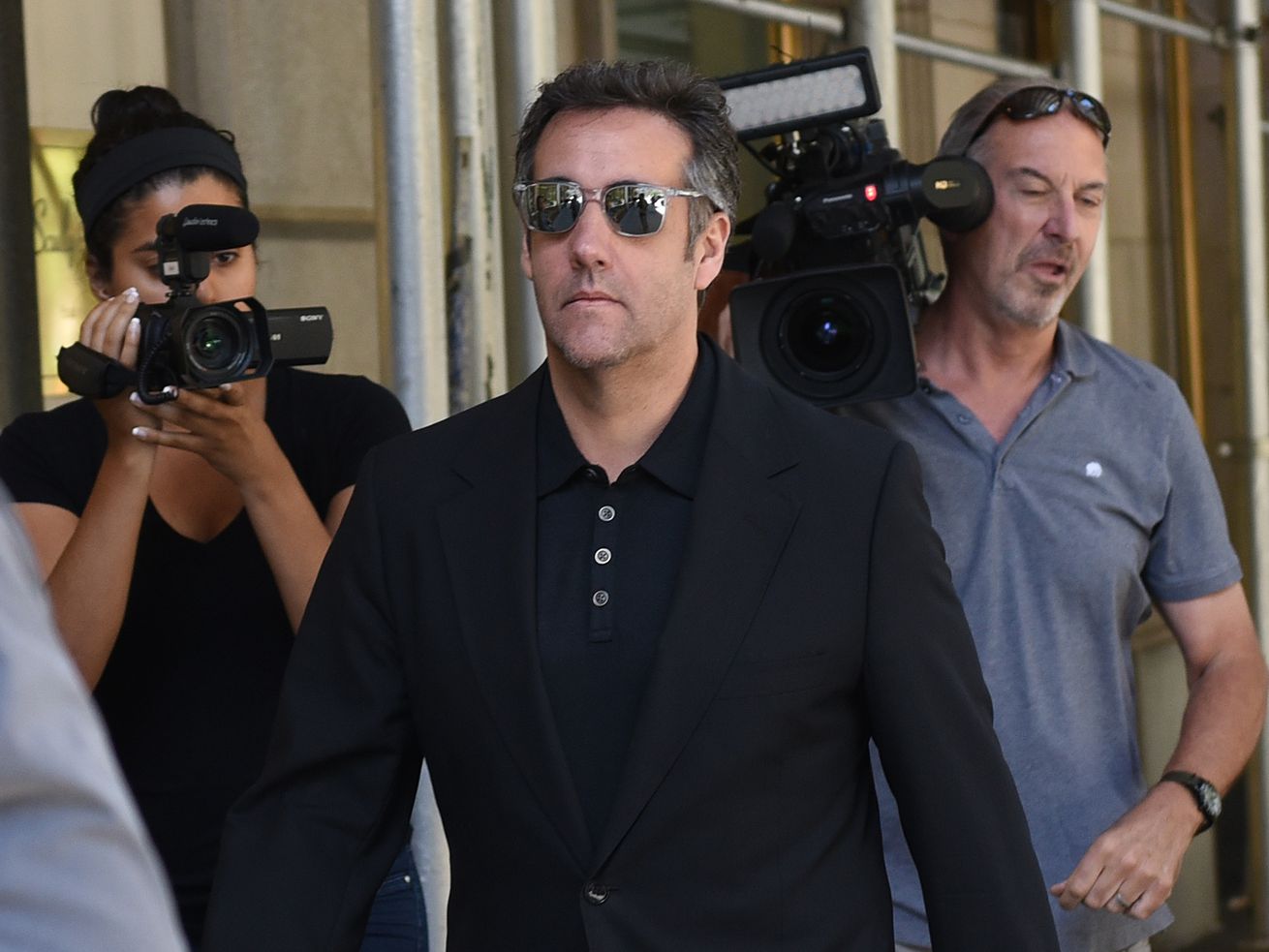 Hours after an ABC News report that Michael Cohen had spent hours talking to special counsel Robert Mueller’s team about Trump’s Russia ties, the man himself decided to weigh in on the topic.

The tweet — clearly intended to be sent from another account — was deleted in less than a minute. But soon, it showed up again, from the account of Cohen’s “legal crisis manager” Lanny Davis:

Good for @michaelcohen212 in providing critical information to the #muellerinvestigation without a cooperation agreement. No one should question his honesty, veracity or loyalty to his #family and #country over @potus @realdonaldtrump

my Tweet sent to @MichaelCohen212 and I asked him to re-send to his followers-Good for @michaelcohen212 in providing critical information to the #muellerinvestigation without a cooperation agreement. Don’t question his honesty, veracity or loyalty to his #family, #country

FYI – I wrote a Tweet congratulating @MichaelCohen212 and sent text to him to Tweet to his much larger following – but was delayed posting myself so he posted first. All take a breath. I don’t control or have access to Mr. Cohen’s Twitter account. He is my client and my friend.

The rollout may have been a little bungled. But it’s now clear Cohen’s camp is very happy indeed with the new ABC story on Cohen being questioned by Mueller.

Indeed, the tweet even goes so far as to claim Cohen isn’t just providing information — but “critical information to the Mueller investigation.”

This is a theme Cohen’s PR team has been attempting to get into the press for quite some time. Whether it’s actually true remains… unproven.

The bizarre, months-long spectacle of Cohen’s team telling reporters that he had bombshell Trump-Russia information

Ever since the FBI raided Cohen’s residence and office in April, a drama over whether he’ll “flip” on President Trump has unfolded, much of it in public via leaks from people close to him.

All the way back on June 13, ABC got word that Cohen was “likely to cooperate” with prosecutors. Days later, a Cohen friend leaked to CNN that he “if they want information on Trump, he’s willing to give it.”

In early July, Cohen decided to make even more waves by hinting on the record to ABC’s George Stephanopoulos that he was considering flipping — he said his main “loyalty” was to his family, not Trump.

Stephanopoulos also asked Cohen a curiously specific question — whether Trump knew about the infamous Trump Tower meeting beforehand. (This is, of course, Donald Trump Jr.’s meeting with a Russian lawyer to get dirt on Hillary Clinton in June 2016. The president has denied knowing anything about it at the time.) Cohen conspicuously declined to answer.

Soon afterward, Cohen hired Davis, a Clinton ally and PR bulldog. Then the press began to report more tantalizing hints that Cohen had key Trump-Russia information, leading to a July 26 CNN report that, per “sources,” Cohen claims that Trump himself knew about his son Don Jr.’s infamous meeting with a Russian lawyer in advance.

But shortly after Cohen pleaded guilty to tax, bank fraud, and campaign finance charges in New York last month, his team changed their tune. Davis began to tell reporters that no, he wasn’t sure if Cohen had bombshell Trump-Russia information after all, and that yes, he was an anonymous source for many of the stories that made that claim.

“I should have been more clear — including with you — that I could not independently confirm what happened,” Davis told the Washington Post. “I regret my error.” (He also said that his claims might still be true, who’s to say, really.)

Now, it seems, we’re doing this again. An ABC reporting team including, again, Stephanopoulos cited “sources” today describing Cohen’s recent talks with Mueller. Hours later, this Twitter mix-up has made clear this is exactly the story Cohen and Davis want out there.

Whether Cohen is anywhere near as important to Mueller’s probe as his team wants us to think remains to be seen. But recent experience suggests a few grains of salt are in order.