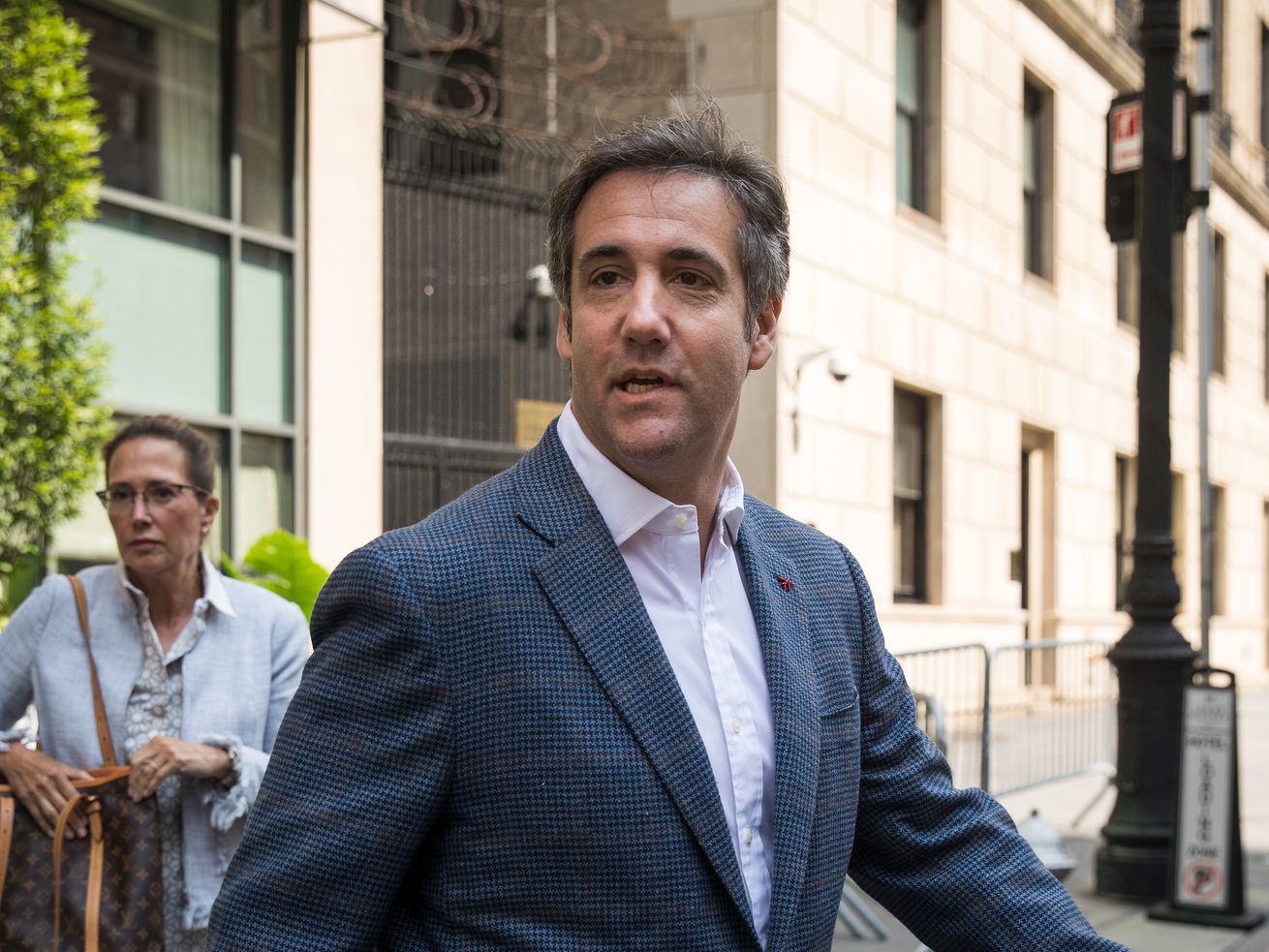 What’s more, Cohen admitted that he did so at the direction of Donald Trump, and with the goal of influencing the election.

Cohen pleaded guilty to a total of eight counts, including five counts of tax evasion involving nearly $4 million, one count of making a false statement to a financial institution, one count of willful cause of unlawful corporate contribution from June 2016 to October 2016, and one excessive campaign contribution on October 27, 2016.

The last charge — one excessive campaign contribution — is related to a $130,000 hush money payment Cohen arranged to Stormy Daniels to keep her silent about an affair she says she had with Trump in 2006. Cohen wired the $130,000 to Daniels’s lawyers on October 27, 2016.

Cohen has been in deep legal trouble since April 9 — when the FBI raided his residence, office, and a hotel where he was staying and seized several of his electronic devices.

And though Cohen’s conduct has been examined in special counsel Robert Mueller’s probe into Russian interference with the 2016 election, this indictment is separate from the Mueller investigation.

Several months ago, federal investigators in New York convened a grand jury to investigate Cohen for “criminal conduct that largely centers on his personal business dealings” and “finances,” as they put it in a court filing. They also secretly obtained search warrants on several of his email accounts.

Now Cohen appears to have reached a deal with prosecutors. It’s not quite clear what this might mean for President Trump, now that the man who’s been one of his closest associates for decades may be facing serious legal consequences.

Cohen, who once said he’d take a bullet for Trump, seems to have soured on his old boss as the months wore on. He gave several public signals that he might be willing to cooperate with prosecutors, including releasing a secret recording of himself and Trump discussing a payoff to former Playboy model Karen McDougal. A CNN report also suggested Cohen was considering telling Mueller that Trump had advance knowledge of the 2016 Trump Tower meeting where Russians offered “dirt” on Hillary Clinton — something the president has repeatedly denied.

A plea deal doesn’t necessarily mean Cohen will “flip” and cooperate with federal prosecutors, including those on Mueller’s team. But Cohen’s revelations in court certainly deal a blow to Trump, who has tried to distance himself from Cohen and the hush money payments.

Who is Michael Cohen?

Born in Long Island, New York, Cohen first found financial success in the 1990s as personal injury lawyer and through various business investments tied to a community of Ukrainian immigrants in New York City. He soon began investing in real estate, including Trump properties, which is how he entered Trump’s orbit. In the early 2000s, Cohen intervened on the mogul’s side in a fight for control of the condo board of Trump World Tower in New York.

Trump was impressed, and not long afterward, in early 2007, he offered Cohen a job: executive vice president and special counsel for the Trump Organization. The job’s duties were varied. In his first few years, Cohen would be involved in matters ranging from a New Jersey development project to mixed martial arts live events.

By 2011, he had taken a leading role in advising Trump on his growing political ambitions, launching a website called “Should Trump Run?” and flying to Iowa to meet with Republican operatives. (Trump ended up not running for president in 2012.)

Things were going well for Cohen. He took on an ever-larger role in the Trump Organization, helping to explore potential development projects in the former Soviet republics of Georgia and Kazakhstan. He made high-dollar, eyebrow-raising real estate purchases. And after Trump officially launched his run for president in June 2015, Cohen was quite busy behind the scenes.

But he was also reportedly in the loop for a similar payment made by the National Enquirer’s parent company, American Media Inc.: a $150,000 payment to former Playboy model Karen McDougal, buying the rights to her story alleging an affair with Trump in 2006 and 2007.

Cohen reportedly had helped arrange a deal between McDougal and American Media Inc. in August 2016. The deal wasn’t for the tabloid to publish her story, but to pay to hush it up: McDougal sold the rights for $150,000 and the promise that it would publish some of her fitness columns in exchange for her staying quiet about the alleged affair. (The Wall Street Journal reported on the deal between McDougal and AMI in November 2016. In April 2018, McDougal successfully sued to get out of the agreement.)

Last month, Cohen’s lawyer Lanny Davis released a tape, which he said was from September 2016, that included a recording of Trump and Cohen where they appear to be discussing setting up a shell company to pay back AMI for hushing up McDougal’s story. The tape was reportedly seized in the FBI’s raid on Cohen’s property.

After Trump won the election, Cohen announced he’d leave the Trump Organization but would continue to work as Trump’s personal attorney, in what some observers saw as an effort to hold on to his attorney-client privilege with the new president.

His legal troubles kicked into high gear on January 12, 2018, when Wall Street Journal reporters Michael Rothfeld and Joe Palazzolo reported, for the first time, that Cohen had paid $130,000 for Stormy Daniels’s silence near the end of the presidential campaign.

In October 2016, as Election Day drew near, Daniels threatened to come forward with her story alleging a 2006 sexual encounter with Trump.

Cohen wanted to keep Daniels quiet. He created the shell company Essential Consultants LLC and on October 27, 2016, wired $130,000 to Daniels’s lawyers. The following day, Daniels and Cohen signed a nondisclosure agreement — the validity of which is now subject to a lawsuit. Daniels stayed quiet, and not long afterward, Trump won the presidential election.

When the FBI raided Cohen’s office, residence, and hotel room and seized potential evidence, they were reportedly looking for evidence related to the Stormy Daniels payment, among other things.