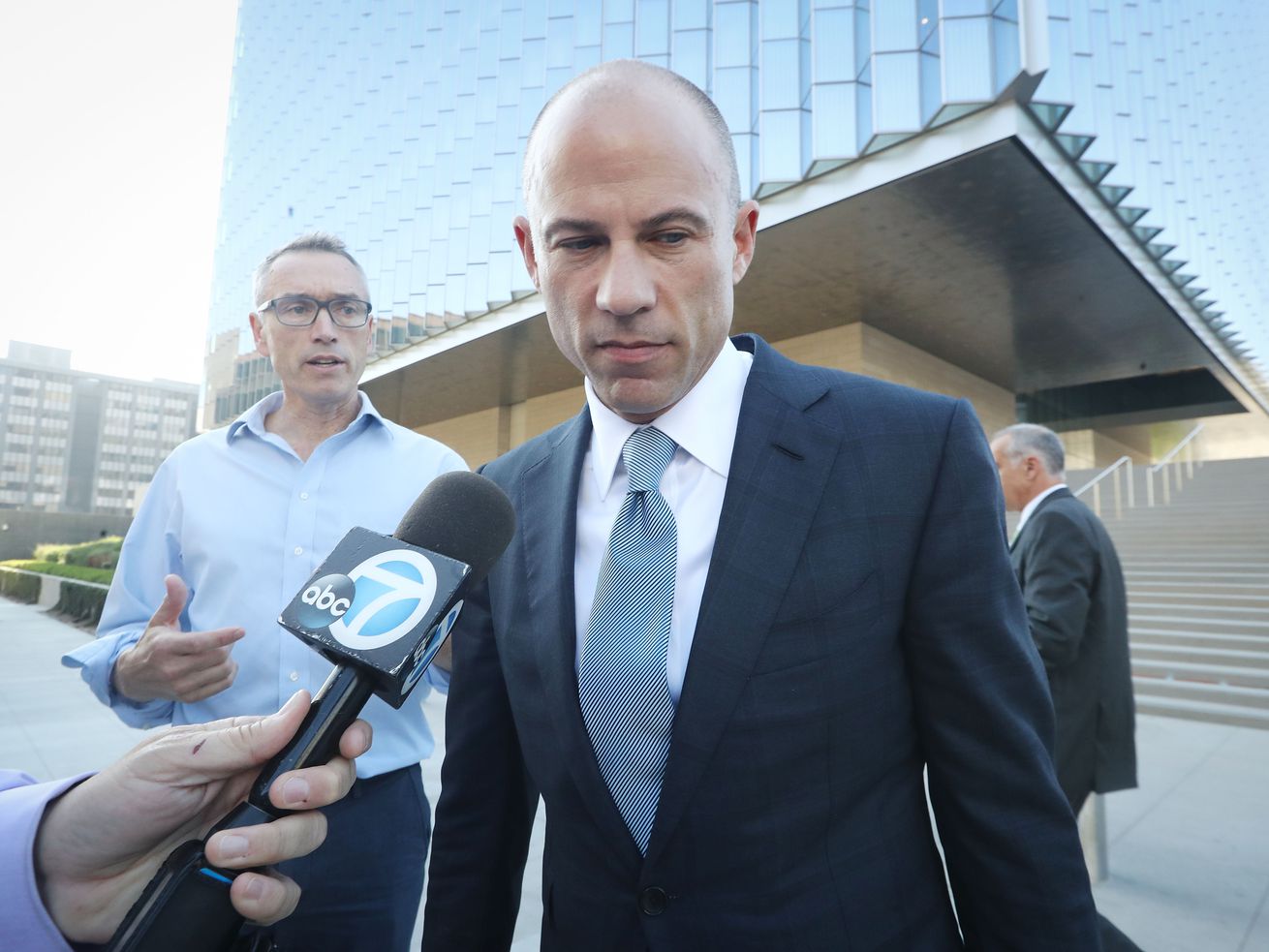 Julie Swetnick says she was “gang raped” at a party Kavanaugh attended.

Attorney Michael Avenatti has for days been claiming that he has a client with explosive information about Supreme Court nominee Brett Kavanaugh — and on Wednesday, he and his client finally went public.

On Twitter, Avenatti posted a sworn affidavit from Washington, DC, resident Julie Swetnick, who says she was present at numerous high school parties where Kavanaugh and his friend Mark Judge drank excessively and harassed women.

Swetnick alleges that Kavanaugh, Judge, and others targeted women with drugs and alcohol to cause them to “lose their inhibitions” so they could be “gang raped” — and she says she was a victim of one of these “train” rapes. (She says that Judge and Kavanaugh were “present” when she was raped but does not directly accuse them of participating.)

The news adds to the sexual assault and misconduct allegations about Kavanaugh during his younger years, and comes one day before the first such accuser to come forward, Christine Blasey Ford, is scheduled to testify before the Senate Judiciary Committee.

Ford alleges that at a party in the 1980s, while they were all in high school, Kavanaugh pinned her down, tried to take her clothes off, and covered her mouth as she screamed as his friend Mark Judge looked on. Judge, whom Swetnick refers to repeatedly in her affidavit as well, has declined to testify, and committee Republicans have not subpoenaed him.

Kavanaugh has vehemently denied the allegations brought against him by Ford and another woman, Deborah Ramirez, who says that Kavanaugh drunkenly exposed himself to her and pushed his genitals into her face while they were freshmen at Yale University. He has also disputed characterizations of him drinking heavily and partying in his youth, despite many of those who knew him saying otherwise. Judge, now a conservative writer, has written books about his own alcohol abuse while in high school.

It’s not yet clear what Swetnick’s allegations will mean for Kavanaugh’s nomination moving forward. Republicans have already scheduled a panel vote on his nomination for Friday.

A spokesperson for the Judiciary Committee said committee lawyers are in the process of reviewing the new allegations. The White House released a statement from Kavanaugh in which he called Swetnick’s allegations “ridiculous” and “from the Twilight Zone.”

“I don’t know who this is and this never happened,” he said.

Avenatti is a third rate lawyer who is good at making false accusations, like he did on me and like he is now doing on Judge Brett Kavanaugh. He is just looking for attention and doesn’t want people to look at his past record and relationships – a total low-life!

According to Swetnick’s signed declaration, she is a graduate of Gaithersburg High School in Gaithersburg, Maryland, and met Judge and Kavanaugh in 1980 or 1981 after being introduced to them at a house party in Washington, DC. She says she attended more than 10 house parties with them from 1981 to 1983 and observed the pair as “joined at the hip.”

In the declaration, Swetnick alleges she saw Kavanaugh “drink excessively at many of these parties and engage in abusive and physically aggressive behavior toward girls,” including pressing up and grinding against them and trying to shift their clothes to expose parts of their bodies. She says she also saw him be “verbally abusive” toward girls and witnessed him act as a “mean drunk.” She says other women told her of Kavanaugh’s behavior in Ocean City, Maryland, during “beach week,” which appears on the calendars he has made public.

Swetnick, who according to the declaration signed it on Tuesday, says she saw Kavanaugh and his wife Amy’s interview on Fox News on Monday “regarding his alleged ‘innocence’ during his high school years and lack of sexual activity.” In the Monday interview, Kavanaugh claimed he was a virgin in high school and for “many years thereafter.”

“This claim is absolutely false and a lie,” Swetnick claims, saying she repeatedly saw Kavanaugh “engage in excessive drinking and inappropriate contact of a sexual nature with women during the early 1980s.”

The most disturbing part of Swetnick’s allegations regards the “gang rape” she alleges occurred at parties where Kavanaugh and Judge were present. She alleges that Judge, Kavanaugh, and others would “‘spike’ the ‘punch’” at parties “so as to cause girls to lose their inhibitions and their ability to say ‘No.’” They would target particular girls, and if the girls became very drunk or disoriented, they would be gang raped by a ‘train’ of numerous boys.”

She continues: “I have a firm recollection of seeing boys lined up outside rooms at many of those parties waiting for their ‘turn’ with a girl inside the room. These boys included Mark Judge and Brett Kavanaugh.”

Swetnick says that in 1982, she was a victim of such a “train” rape where Judge and Kavanaugh were “present,” but she does not say that they participated. She says she told at least two other people what happened shortly after the incident, and believes she was drugged using “Quaaludes or something similar.” Swetnick says she is aware of other witnesses who can back her up.

We don’t know yet what all of this means

Avenatti, a media-savvy figure with 2020 presidential aspirations, has been for days hinting about his client’s allegations and making a number of demands of the Senate Judiciary Committee, including calling for them to subpoena Judge and to get Kavanaugh to explain what some of his yearbook entries mean.

Yet there was skepticism among many — even top Democrats — about Avenatti’s claims, particularly given how vague they were, and that they weren’t being vetted by reporters who were fact-checking them.

Now, though, Swetnick has come forward, and there will be an effort to evaluate her credibility — which raises the stakes for Kavanaugh’s appearance Thursday even higher.