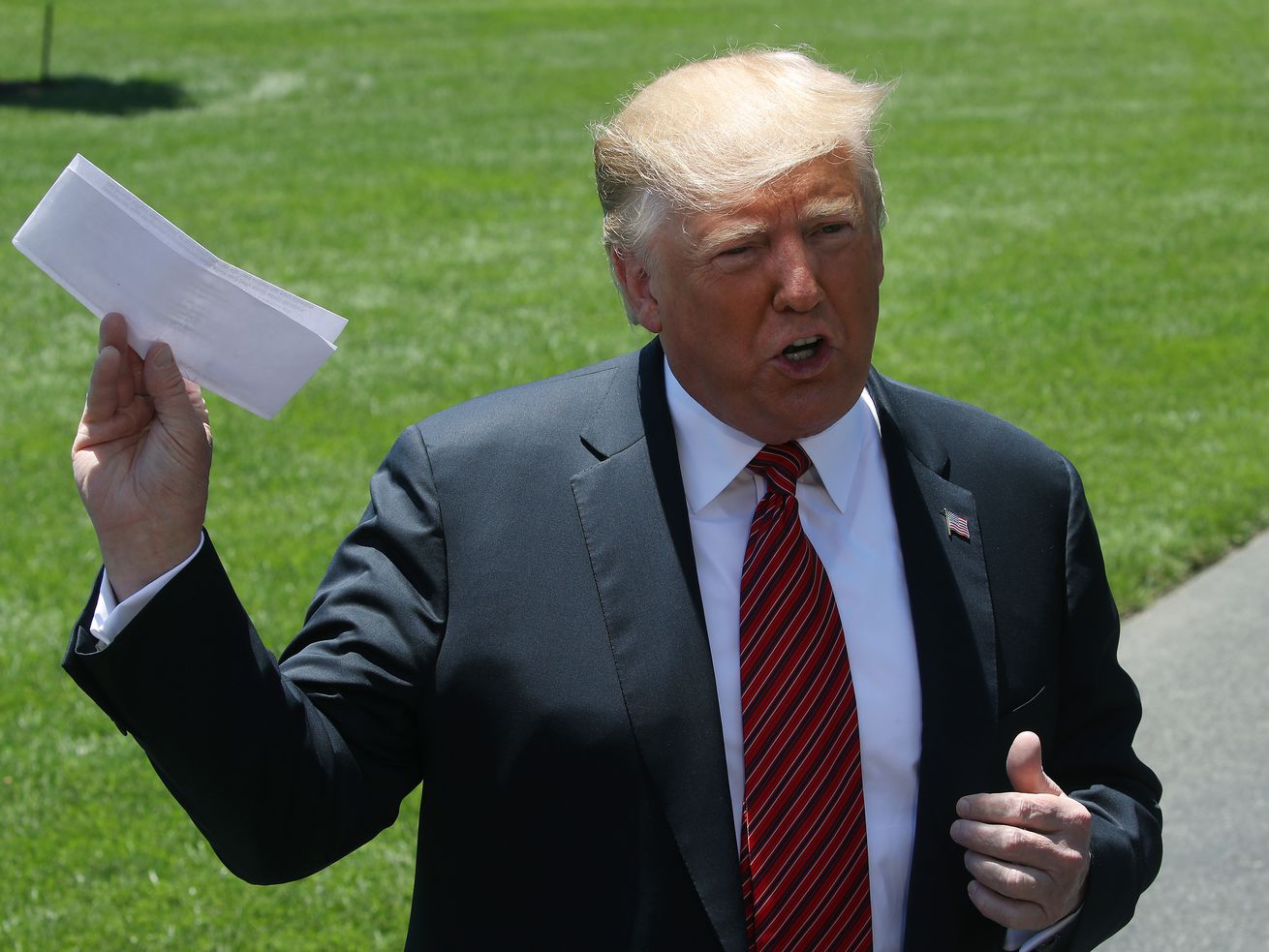 It is less a deal and more an agreement to discuss a future agreement.

The Mexican government has released a copy of a deal Donald Trump waved in front of reporters this week that he called “the agreement that everybody says I don’t have.” According to the president, the document detailed previously unannounced immigration concessions agreed to as part of a deal between the US and Mexico that was negotiated both in order to reduce the number of South American immigrants arriving at the US border and to keep the Trump administration from levying tariffs on Mexico.

The text of the letter reveals a commitment to begin discussions for a future agreement — essentially making it an agreement to negotiate an agreement — and is, as many expected, not a “deal.” It does, however, point to a future deal that could contain a win for Trump.

Dated June 7, the letter states that the US and Mexico “will immediately begin discussions to establish definitive terms for a binding bilateral agreement to further address burden-sharing and the assignment of responsibility for processing refugee claims of migrants.”

This future agreement would include “a commitment under which each party would accept the return and process refugee status claims, of third-party nationals who have crossed that party’s territory to arrive at a port of entry or between ports of entry of the other party.”

In the letter, Mexico commits to examining its current immigration control practices and identifying legal changes that may be necessary to bring the outlined agreement into effect. It also sets a timeline for assessing the effect of changes agreed to in early June.

Under the presidential threat of escalating tariffs on all Mexican goods starting at 5 percent, the two countries announced each would take steps to address immigrants and asylum seekers traveling to the US from South America. The US promised to speed up the processing of asylum claims; Mexico promised to deploy 6,000 members of its National Guard, mostly at its border with Guatemala.

According to the letter, Mexico has agreed that if after 45 days this deployment and any other measures it takes “have not sufficiently achieved results in addressing the flow of migrants to the southern border” in the eyes of the US, then Mexico will take “all necessary steps” to bring the still to be negotiated agreement into force within the next 45 days.

Well, Mexico just released the full page that @realDonaldTrump carried when he said there was a secret agreement pic.twitter.com/A5ocd4WV6p

The letter was presented in the Mexican Senate on Friday by Mexican Foreign Secretary Marcelo Ebrard, and was first published by the Mexican newspaper Reforma. It seems to contradict a series of tweets Trump sent out following the release of a joint declaration outlining the terms of the deal in which the president claimed that some elements of the agreement had not been publicly revealed, but would be “announced at the appropriate time.”

Ebrard, who has previously contradicted Trump by stating that there is no secret or outstanding deal between the two nations, repeated there was no other agreement Friday, according to Reforma. Ebrard said the two sides will reassess the migrant situation at the 45 day mark.

Mexico appears to be taking steps toward readying itself for that deadline, with Mexico’s immigration chief Tonatiuh Guillén resigning on Friday at the request of President Andrés Manuel López Obrador. López Obrador is proposing prisons director Francisco Garduño as his replacement, the AP reports, as part of a “crackdown on irregular migration through its territory in response to US pressure.”

The agreement released Friday is definitely the same one Trump waved at reporters on Tuesday, as it contains many of the same paragraphs that were inadvertently revealed when Washington Post photographer Jabin Botsford enhanced photographs of the paper. While brandishing the letter, Trump claimed it was “the agreement that everybody says I don’t have,” later pounding the pocket holding the paper and saying “right here is the story.”

What is the story?

The document puts to rest (or at least should) Trump’s claim that there were secret elements of the deal the US reached with Mexico, but it also points to a future deal that could be a win for Trump.

We have fully signed and documented another very important part of the Immigration and Security deal with Mexico, one that the U.S. has been asking about getting for many years. It will be revealed in the not too distant future and will need a vote by Mexico’s Legislative body!..

The release of the letter doesn’t reveal any new commitments from Mexico, and more or less lines up with the joint statement released on June 7. In the declaration, Mexico agreed to take “unprecedented steps to increase enforcement to curb irregular migration,” including deploying its National Guard throughout the country and giving priority to its southern border. It also declared that “those crossing the US Southern Border to seek asylum will be rapidly returned to Mexico where they may await the adjudication of their asylum claims.”

The agreement doesn’t mention anything about not imposing the tariff on Mexican goods that Trump was threatening, and is, at most, an agreement to have discussions about a potential future deal.

These discussions will give the Trump administration another chance to pursue a future deal containing what Matthew Yglesias earlier this week described as a “dream scenario” for Trump:

The dream scenario for Trump would be for Mexico to sign a “safe third country” agreement with the United States. With such an agreement in place, the United States could simply send any Central American found to have crossed from Mexico back to Mexico on sight. Any asylum claims would need to be made there rather than in the US. Mexico has been reluctant to do that, both because the country is not in fact particularly safe from the kind of violence that people are fleeing in Central America and because Mexico fears being overtaxed by a flood of would-be migrants.

As Trump has alluded to himself, designating Mexico a safe third country would require a vote by Mexico’s legislative body and the success of such a motion is far from a sure thing — as Dara Lind notes, Mexico has “no interest in this.” In fact, Mexican officials reportedly rejected pressure from US negotiators to advance the third safe country issue as part of the talks that led to the joint declaration.

It would seem, however, that this could be the unannounced element to the recent agreement Trump has been teasing — one that, as he said, “the US has been asking about getting for many years.” Should Mexico somehow be convinced to designate itself a safe third country, Trump would have a huge win. Even should his negotiators fail to get the country to declare itself safe for asylum seekers, however, Trump will likely announce whatever progress is made as a win (as he did following the release of the joint declaration) and will likely use that progress to burnish his immigration credentials heading into the 2020 presidential election.