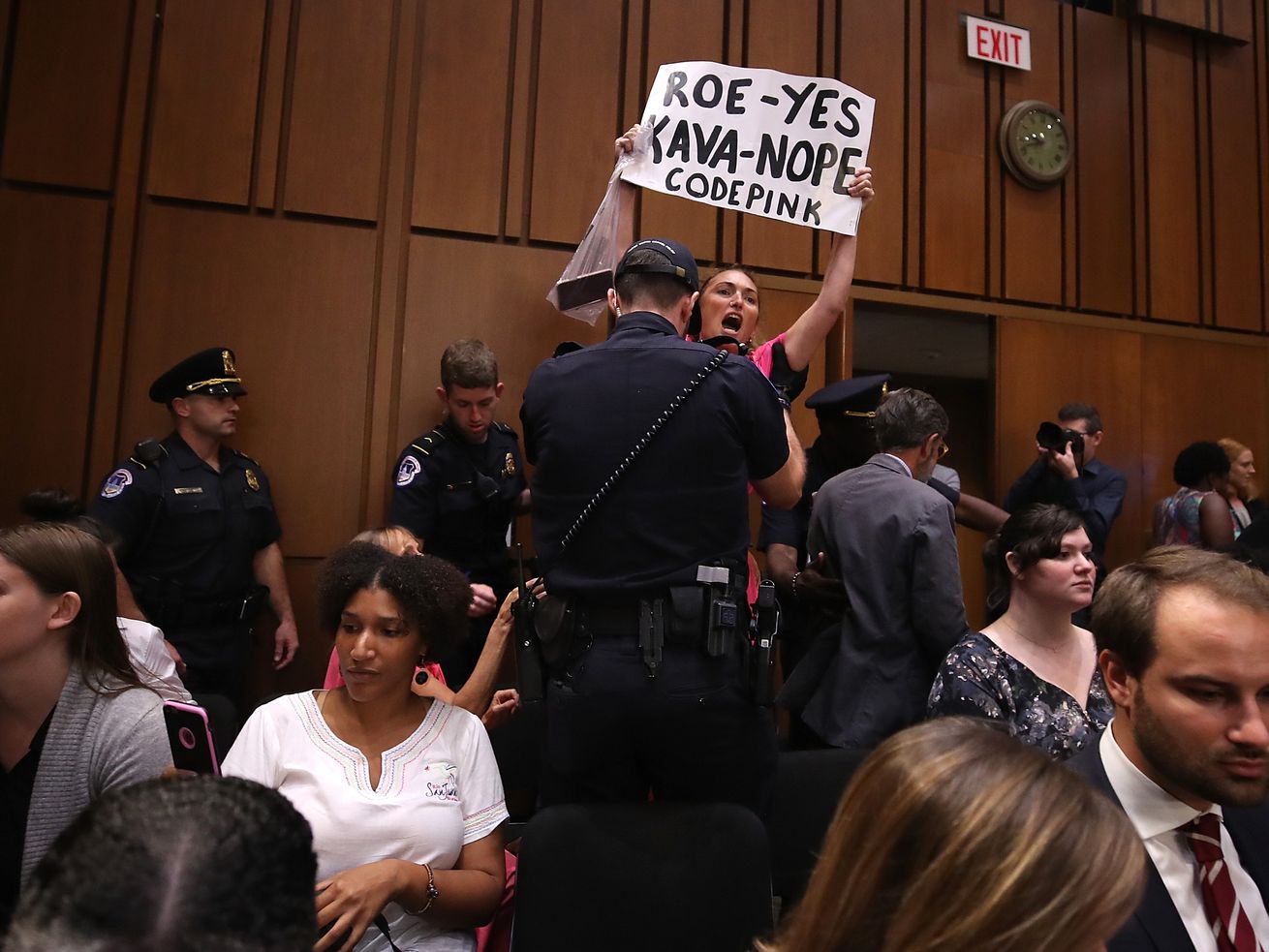 From interruptions by Kamala Harris and Cory Booker to protesters in the chamber, Chuck Grassley has his hands full.

The Senate Judiciary Committee’s hearing on Supreme Court nominee Brett Kavanaugh devolved into chaos nearly as soon as it began on Tuesday, with Democratic senators talking over Republican committee chair Chuck Grassley and protesters shouting inside the room for lawmakers stop the hearing and vote “no.”

Almost as soon as Grassley began his opening remarks, Sen. Kamala Harris (D-CA) interrupted. “Mr. Chairman, I’d like to be recognized for a question before we proceed,” she said.

From there, any hope of an orderly hearing was gone: Harris pointed out that the Senate received 42,000 pages of additional documents on Kavanaugh on Monday evening, the night before the hearing. “We have not had an opportunity to review or read or analyze [the documents],” she said.

Grassley continued to try to deliver his remarks, as Democratic senators went down the line interrupting him and asking to be recognized. Then as Sen. Richard Blumenthal (D-CT) was speaking over Grassley, calling the hearing a “charade and a mockery of our norms,” protesters in the room began shouting.

Harris, Klobuchar, and Blumenthal immediately object to the fact that they just received 42,000 pages of documents about Kavanaugh. Ask for hearing to be postponed.

Chairman Grassley just talks over them and continues his introduction. pic.twitter.com/HNNENZqCyf

They quieted for a minute, and Sen. Cory Booker (D-NJ) began to speak. “I appeal to be recognized on your sense of decency and integrity,” he said. Grassley called for regular order and slowly tapped his gavel as Booker spoke. “What is the rush?” Booker asked. “What are we trying to hide by not having the documents out front?”

Grassley then stopped speaking, as did all the senators on the Judiciary Committee, as protesters shouted. “Be a hero!” one protester shouted. Another yelled at lawmakers to vote “no.”

Video captured the protesters, largely women, being removed from the room. One of the protesters appears to have been associated with the grassroots group Code Pink.

Grassley rejected calls for a halt and said the hearing would forge ahead. “We have said for a long period of time that we were going to proceed on this very day, and I think we ought to give the American people the opportunity to hear whether Judge Kavanaugh should be on the Supreme Court or not,” he said, adding, “There will be plenty of opportunities to respond to the questions that the minority has legitimately raised, and we will proceed accordingly.”