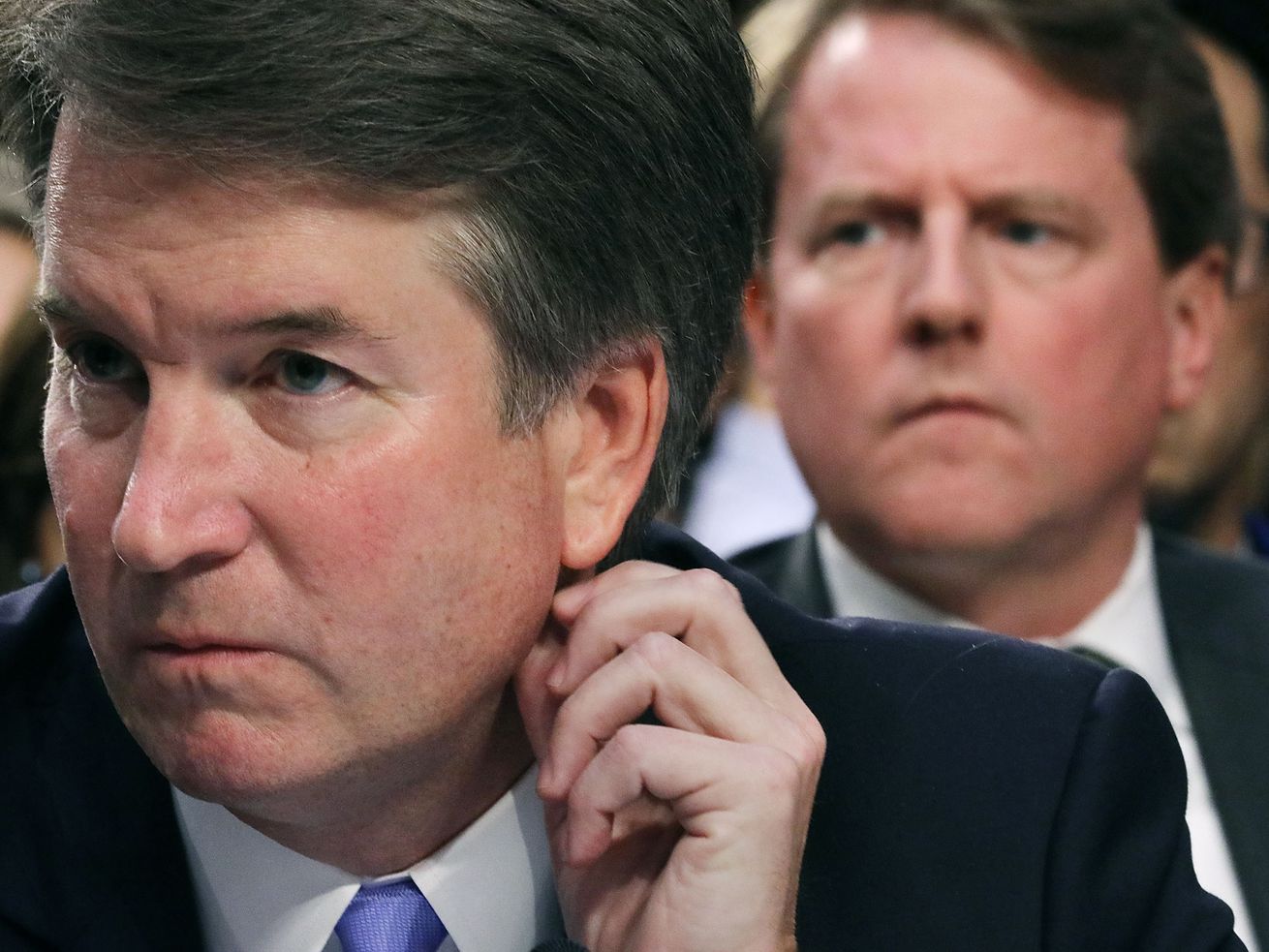 What I learned reading hundreds of false rape accusations.

“This is a completely false allegation.”

That’s what said Supreme Court nominee Brett Kavanaugh said in a statement on Monday after an allegation surfaced that he had attempted to rape a woman named Christine Blasey Ford decades ago when they were both in high school.

“I have never done anything like what the accuser describes — to her or to anyone,” he said. “Because this never happened, I had no idea who was making this accusation until she identified herself.”

This accusation has not been fully investigated, so we don’t yet know what happened for sure. But Christine Blasey Ford’s allegation does not, based on what I’ve researched, have the characteristics of a false rape accusation. I would know. I’ve studied hundreds of them.

A few years ago, I wrote an article on false rape accusations after becoming obsessed with the issue and how frequently it’s used as a cudgel when allegations of sexual misconduct come out. I ended up spending months reading hundreds of accounts of false accusations in newspapers and magazines, scientific and government studies, and in the database of the US National Registry of Exonerations, which has documented every exoneration in the United States since 1989.

I worked to find the nuggets of useful information in flawed research, like sociology professor Eugene Kanin’s 1994 study, which was based on uncorroborated judgments of police officers as to whether a report was true or false, as well as government studies intended for other purposes, which sometimes dealt with cases of false rape accusation in a sidebar. Through this painstaking process, I became very familiar with what a false report of rape tends to look like. I’m confident that Ford’s allegations do not fit this profile.

To briefly recap Ford’s allegations: She says that one evening when she was about fifteen she was at a small party in suburban Maryland. She left the group to go upstairs to the bathroom. She says that Brett Kavanaugh and his friend Mark Judge, who were seventeen, caught her on the way and Kavanaugh pushed her into a bedroom. There, in her words: “Kavanaugh was on top of me while laughing with [Judge], who periodically jumped onto Kavanaugh. They both laughed as Kavanaugh tried to disrobe me in their highly inebriated state. With Kavanaugh’s hand over my mouth I feared he may inadvertently kill me.” She says that Kavanaugh also groped her over her clothes and ground his body against hers. At last, she says, Judge jumped onto Kavanaugh so hard he toppled him and Ford escaped.

Again, Kavanaugh denies that any of this happened. When asked about the allegations, Mark Judge, who was allegedly implicated in the assault, told The Weekly Standard, “It’s just absolutely nuts. I never saw Brett act that way.”

Studies have found that false accusations are quite rare, but when they do happen, they tend to share several important characteristics. To anyone familiar with false rape accusations, the striking thing about this story is that it’s so undramatic. False stories typically have a lurid quality, often involving bizarre forms of cruelty that don’t always strictly make sense. A good example is the University of Virgina student who accused several fraternity brothers of gang rape in a 2015 Rolling Stone article that was later proved to be fabricated. In the article, the accuser said that her attacker jumped her and crashed them both through a glass table to the floor, where he and six other men proceeded to rape her on the broken glass for three hours while calling her “it” and behaving with inhuman brutality.

In another famous case, a stripper hired to dance at a party at Duke falsely accused members of the lacrosse team of rape. In her story, the accuser described being suspended from a ceiling in the bathroom while three men attacked her at once. In another version of her story, she said she had been raped by twenty white men.

The reason for this dramatizing tendency is clear. There’s no point in making up a rape story that may cause people to minimize the seriousness of the allegation or make them think “So what?” It’s crucial to a false accuser to tell a story so horrific that no normal person could fail to be moved.

In Ford’s allegations against Kavanaugh, we have none of this. The event described feels common. Ford emphasizes that both Kavanaugh and Judge seemed to have no inkling of the seriousness of what they’re doing, and the story ends with the slapstick note of Judge knocking them all into an ungainly heap. She alleges that she feared Kavanaugh might kill her through drunken clumsiness, not through savagery. This is not a story crafted to earn sympathy or destroy someone’s character. This is a story someone tells because it’s most likely true.

Additionally, Ford herself—a married professor who teaches part-time at Stanford—doesn’t fit the profile of a false accuser. Adults who make false accusations generally either have a criminal history or suffer from a specific type of mental illness known as a factitious disorder: a personality disorder related to Munchausen syndrome that compels them to say they’ve been assaulted in dramatic ways. Note that no study points to mental illnesses such as anxiety, depression, and bipolar disorder, being associated with false reports of rape This distinction is crucially important, since having mental illness is strongly correlated with being a victim of rape.

It is comparatively common for teenagers to make false accusations, typically as an alibi to get out of trouble. These cases can end tragically, as in the story of the 14-year-old girl with cognitive deficits caught in a compromising position with a boy by her mother, who assumed she’d been raped. The panicked girl agreed to the false accusation and only confessed her lie after the boy was already in prison.

Ford’s situation, on the other hand, couldn’t be more different. It is not common for adults to falsely report that they were raped many years after the accusation. In my research I didn’t come across a single verified example of this. So—counterintuitively for many people—if Ford had reported the assault when it happened, there would be far more reason to suspect it was a lie.

Finally, while Ford’s alleged story of drunken wrestling sounds nothing like a false rape accusation, it does sound exactly like millions of real attempted rapes. It’s such a common story that it’s likely happening to many people as you read this sentence. In fact, when defenders of Kavanaugh aren’t insisting Ford is a liar, they’re energetically arguing that what Kavanaugh is accused of is so normal it doesn’t matter. If we ever hope to live in a world where it isn’t normal, we cannot continue to elevate alleged sex offenders to the highest positions in our society.

Sandra Newman is the author of several books, including the novels The Country of Ice Cream Star and The Heavens, forthcoming from Grove Atlantic/Granta in February 2019. She has written for The Guardian, The Atlantic, Aeon, Quartz, and Slate, among other publications.

First Person is Vox’s home for compelling, provocative narrative essays. Do you have a story to share? Read our submission guidelines, and pitch us at firstperson@vox.com.