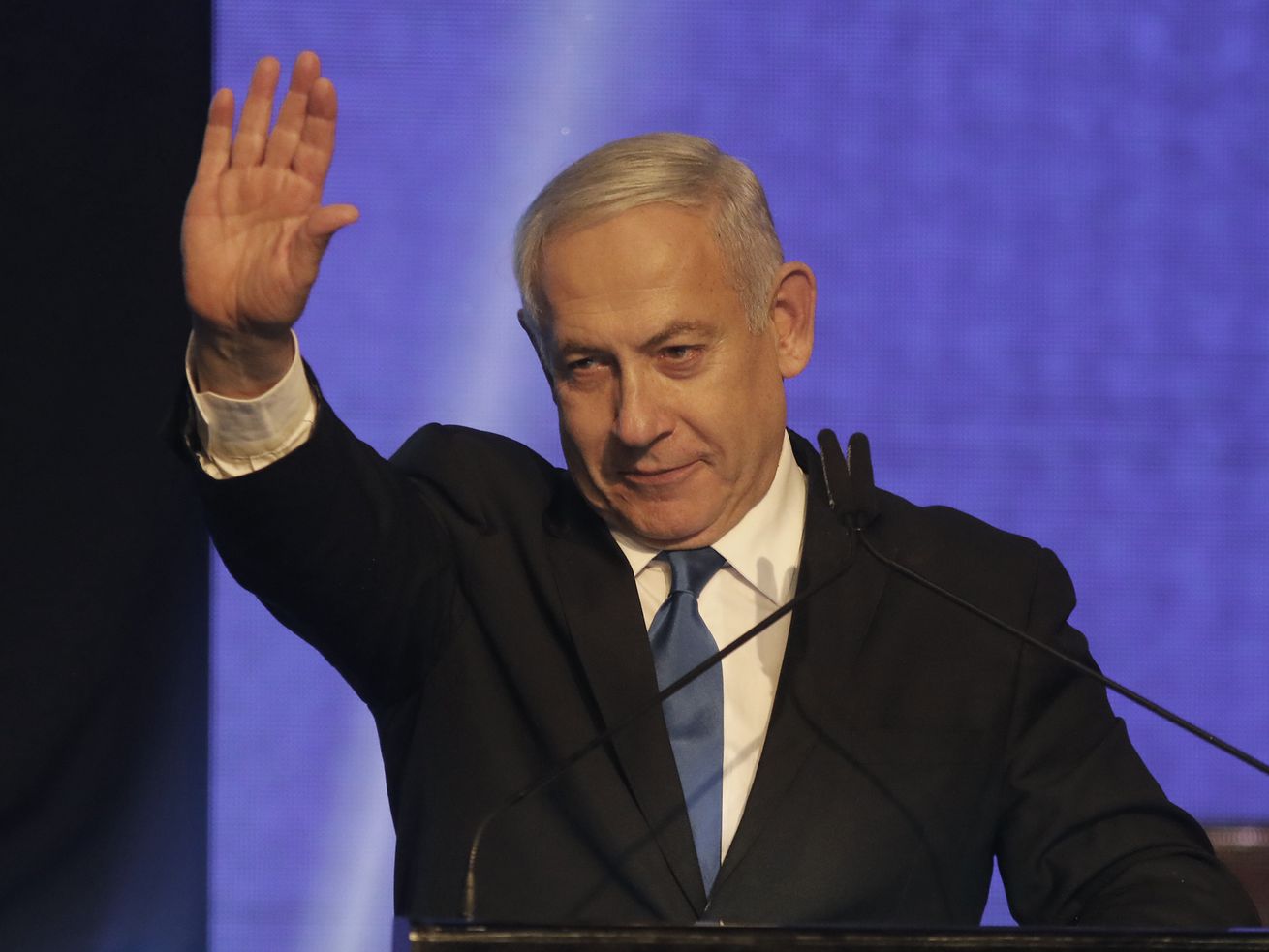 No one outright won. But Netanyahu did worse than he hoped and may lose office because of it.

The September Israeli election results are in — and it’s still not clear who the country’s next prime minister will be. But the results are the biggest threat to incumbent Prime Minister Benjamin Netanyahu’s hold on power since he took office in 2009.

With over 90 percent of the vote now counted, the centrist Blue and White party looks to have won the largest number of seats in Israel’s parliament, called the Knesset — 32 out of a total of 120. Netanyahu’s right-wing Likud came in a close second, with 31 seats.

Obviously, neither one of these parties has enough for a parliamentary majority on its own. Which means they will either have to make some kind of power-sharing deal with each other and form what’s called a “national unity” government or else cobble together some kind of coalition out of the seven smaller parties who made the Knesset. The most important of these is Yisrael Beiteinu, a hawkish secular party whose allegiances are very much up in the air. Its leader, former Foreign Minister Avigdor Lieberman, is widely described as a “kingmaker” in the Israeli press.

So who will come out on top here? Honestly, no one knows yet. But there is a real chance that Netanyahu will lose the top job even if his party remains in power. Benny Gantz, the head of Blue and White, has said he’s interested in a national unity government — but only if Likud dumps Netanyahu.

This is the fight of Netanyahu’s political life — and his personal one, too. Because if he loses, he will have no way to protect himself from imminent indictments on corruption and bribery charges. A defeat in coalition negotiations for Netanyahu might not just be the end of his political career; it could be the end of his freedom.

Israeli election results: how to make sense out of chaos

The best way to think about Israeli politics is in terms of two major ideological blocs, defined principally (but not exclusively) by stances on the Palestinians, minority rights, and the relationship between synagogue and state.

There’s a center-left alliance, which includes down-the-middle Blue and White, center-left Labor, the left-wing Democratic Union, and the Arab minority’s Joint List (which came in a strong third in this election). Then there’s a right-wing grouping, which includes Likud, the ultra-Orthodox parties Shas and United Torah Judaism, and the pro-West Bank settlement Yamina. (Another right-wing party, the Jewish supremacist Otzma Yehudit, failed to get enough votes to enter the Knesset).

Current results show the center-left bloc with 56 seats, and the right-wing bloc with 55. The remaining nine seats in the Knesset go to Lieberman’s Yisrael Beiteinu (Israel Our Home), which kind of straddles the divide.

Lieberman is extremely hawkish on security and the Palestinians; he supports annexing part of the West Bank. This aligns Yisrael Beiteinu with the right-wing bloc; indeed, Lieberman had served in Netanyahu’s cabinet in the past.

However, Lieberman’s voting base — made up significantly of voters from Russian backgrounds — is also relatively secular and resentful of the privileges the ultra-Orthodox have in Israeli society. After Israel’s last election in April, Lieberman refused to join Netanyahu’s coalition unless Netanyahu agreed to a bill undermining the exemption from mandatory military service provided to ultra-Orthodox men. Netanyahu refused to avoid losing ultra-Orthodox support, but without Lieberman’s backing, he didn’t have enough votes for a parliamentary majority. So he chose to call new elections in September with an eye toward winning a more secure majority.

But we now know that hasn’t materialized. Netanyahu’s lead is more imperiled than ever, and Lieberman is the swing vote that could help determine who ends up running the government.

The next step is for Israeli President Reuven Rivlin to meet the leadership of all parties and then task either Gantz or Netanyahu with trying to form a governing coalition based on who he thinks has the best chance to do so (yes, there’s a president and prime minister in Israel’s system). Nobody yet knows who Rivlin will task or what kind of government may emerge from it.

Most experts think the smart money is on some kind of national unity government, which would likely include Blue and White, Likud, Yisrael Beiteinu, and possibly others. But no one is quite sure exactly who would lead such an arrangement.

Netanyahu could remain prime minister in some fashion — perhaps if he agrees to step down when the criminal indictment against him is formally filed. Gantz could end up sole prime minister. Another Likud member could end up with the top job, fulfilling Gantz’s condition that Netanyahu no longer hold the premiership. The wackiest scenario is that the parties could quite literally share power — with Gantz and some Likud leader taking turns holding the top job. This has happened before in Israeli politics, weird as it sounds.

Pretty much everything now depends on backroom negotiations among Gantz, Netanyahu, the rest of Likud, and Lieberman. Again, no one actually knows how this will go or even if a national unity government is workable. There are other possible arrangements too, though the numbers make it tricky for either a unified right or center-left bloc to hold power.

So basically, everything’s up in the air. The only thing we can be absolutely certain about is that Netanyahu, a canny politician, will fight like hell to maintain his hold on power. Facing the risk of jail time, his last hope is to pass a law immunizing himself from criminal charges so long as he holds office. To build enough support for this obviously shady bill, he’d likely need to remain prime minister.

But Gantz campaigned in large part as a defender of Israeli democracy against Netanyahu’s personal corruption. It’s difficult to imagine a coalition including Blue and White voting to protect Netanyahu from the consequences of his own corrupt actions (which allegedly include, among other things, giving a major media organization political favors in exchange for positive coverage).

We can’t say what the policy implications of this election will be until a coalition emerges. But, personally, it’s clear Netanyahu — the longest-serving prime minister in Israeli history — is at now at real risk of not only political defeat but of serving jail time to boot.

Israeli PM Benjamin Netanyahu’s decade-long hold on power may be coming to an end. Anyone up for peace?

Looking for a quick way to keep up with the never-ending news cycle? Host Sean Rameswaram will guide you through the most important stories at the end of each day.

Subscribe on Apple Podcasts, Spotify, Overcast, or wherever you listen to podcasts.