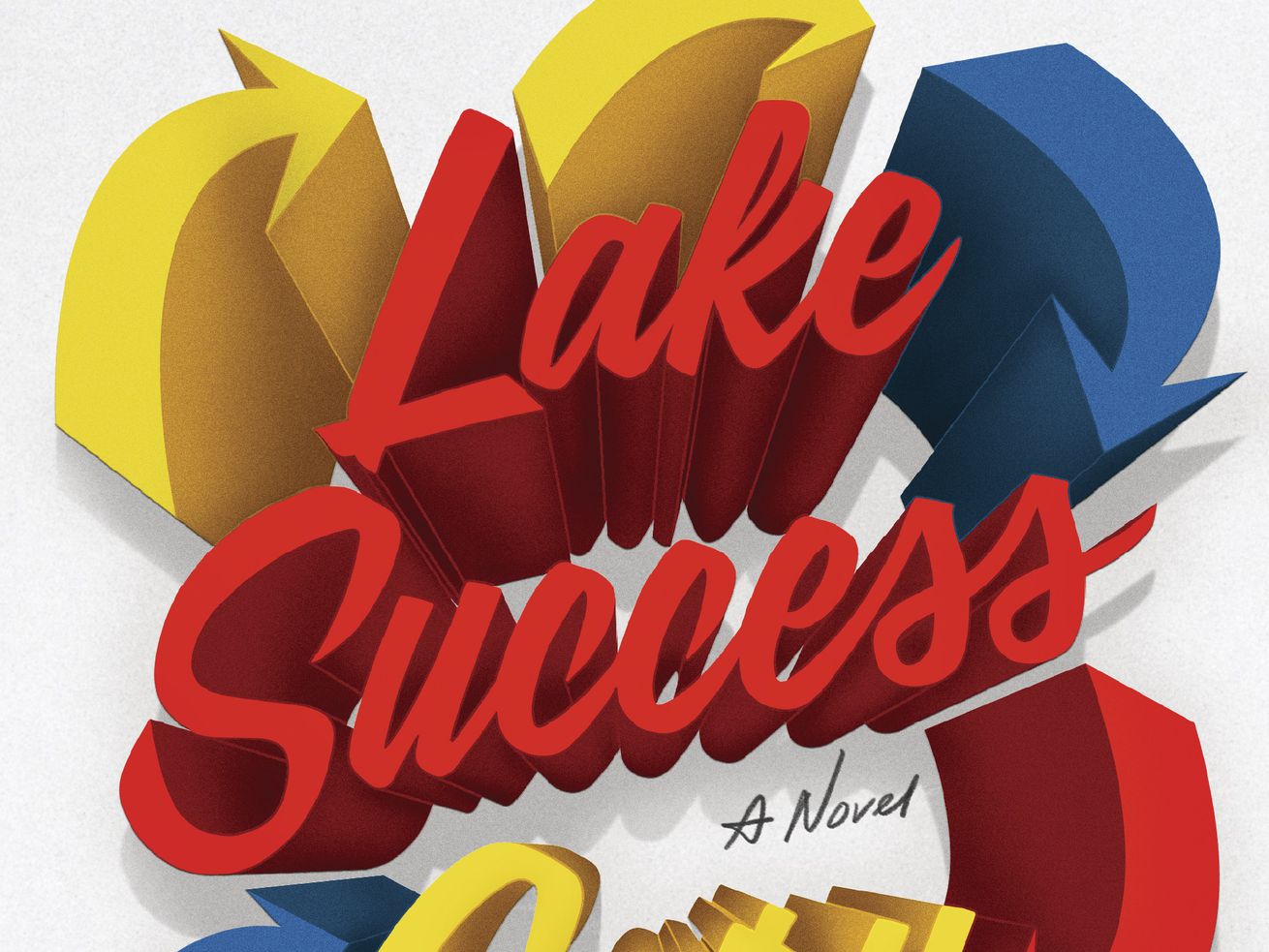 It would be heartbreaking if it weren’t so funny.

This book does not buy into the idea that you can learn about a country’s soul by spending a few days traveling across it. It does not believe that leaving behind your home and responsibilities to take to the open road will lead you toward enlightenment, or that if you have lived a life devoid of contact with people from other backgrounds, that spending some time on a Greyhound bus will radically change you. Lake Success sort of thinks that the cheap epiphanies of a road trip novel are for suckers.

But the main character of Lake Success, hedge-fund manager Barry Cohen, is absolutely a sucker. He’s a sucker for a promising-sounding deal that he does not understand: He lost $800 million on a bad investment with a Martin Shkreli-like figure, and now he’s being investigated by the SEC. He’s a sucker for the delusions of his class: “People get hung up on the compensation part” of hedge-fund management, he explains. “Okay, sure, we earn a lot by comparison, but the money is there as a scorecard.” He’s a sucker for the trappings of modernism: He named his hedge-fund “This Side of Capital” after F. Scott Fitzgerald, and he unironically worships Ernest Hemingway.

And so Barry leaves behind his work and his wife and his severely autistic son to take a Greyhound across the country, from Port Authority in Manhattan to Texas and then on to California. What ensues is less a portrait of America and more a portrait of Barry’s self-delusions — and by extension, the delusions of his entire class.

Lake Success skewers the whole idea and subculture of Wall Street bankers detail by damning detail, and every detail is so specific and rings so true as to read like a succession of bull’s eye darts. But what keeps the novel from being a glib and cynical satire is how much affection it holds for Barry and all the other poor suckers of Wall Street. In this story, they’re all complicit with an immoral and evil system, they are all at least a little bit racist and a little bit sexist, and they are also all sad and lovable human beings.

That Shteyngart manages to balance sincere empathy with his subjects with a genuine satirical deconstruction of their culture is what makes Lake Success so compelling. And so we follow Barry as he resolutely ignores the fact that he has abandoned his family and ruined his business, setting off to self-consciously ape the conventions of a road trip novel in search of some easy epiphanies. Because he has suckered himself into believing in them.

Lake Success makes you like Barry almost against your will

Barry is not a likeable protagonist, but Lake Success is not a purely cynical novel. Shteyngart draws the character with a kind of mocking tenderness that makes it impossible to completely hate him, even if loving him wholeheartedly remains unthinkable. Every time Barry breaks out another cliché about the journey he’s embarking upon — about how he has “been granted refuge in America” or that when “one dream dies, you get another” — you’ll likely find yourself sighing and saying, “Oh, Barry, you poor dumb sucker.”

Barry is a figure of contradictions: He has built his fortune on his glad-handing reputation as the “friendliest dude on the Street,” but he’s also an awkward watch geek who taught himself to charm people by practicing his “friend moves” over and over again, reciting small talk scripts in the mirror as a child until he could deploy them without a hitch.

He thinks of himself comfortably as a fiscal conservative, social liberal — he backed Marco Rubio in the 2016 Republican presidential primaries, after all. But in his profession he actively works to make the world a worse place (he invests in a company that makes common life-saving drugs inaccessibly expensive), and he finds himself incapable of remembering the names of most of the women he encounters on a daily basis. (Barry meets his wife at a party thrown by Anna Wintour and attended by billionaire and former New York City Mayor Michael Bloomberg; he thinks of it vaguely as “a Bloomberg party for a cultural art thing.”)

So comfortable is Barry in his self-delusions that he is able to make his picaresque way across the country without ever quite resolving any of the contradictions in the way that he thinks about himself: One by one he rids himself of his phone, credit cards, cash, and rare watch collection, but he won’t ever let himself directly examine the fault lines at his center. Instead, Shteyngart unveils them to the reader in a sad, shabby burlesque.

Back in New York, Barry’s wife, Seema, and the couple’s 4-year-old son, Shiva, are struggling to make their way through Shiva’s onslaught of medical appointments and counseling sessions. Seema is a Yale-trained lawyer with no job, because “marrying an accomplished woman and taking her off the job market was a way to telegraph success among Barry’s peers.” And she’s a liberal, because “he thought it was cool for people of his stature to marry someone who disagreed with them across the board.” While Barry Jack Kerouacs his way to California, Seema becomes a secondary narrator who reliably punctures the self-mythologizing narratives that Barry attempts to spin.

Seema is not a paragon, but she’s exponentially smarter and more ethical and more glamorous than Barry. Still, the affection that suffuses the novel’s Barry sections is noticeably missing from Seema’s: She’s the straight woman here, the long-suffering beautiful sitcom wife to Barry’s schlubby, lovable man-child, and it feels as though Shteyngart loves her a little less because of it.

Barry and Seema’s pairing mimics the dynamics of the romance in Super Sad True Love Story, which is a shame: Shteyngart is so good at writing terrible people that I’d love to see what he could do if he let himself write a female protagonist who was not busy serving as the more functional, more glamorous, and less charismatic counterpart to the nebbishy hero. As it stands, Lake Success’s Seema sections are low-energy interludes strung between the giddy satirical romps of the Barry sections.

But in both narratives, Shteyngart’s voice is quick and stinging. He has an eye for telling details, and he accretes them over the course of the novel until they begin to accumulate in the exact shape of his characters. Barry is obsessed with the cost of everything he sees, and he reckons the dollar value of every sip of high-end whiskey he takes. When he tries to bond with a drug dealer in Baltimore, he self-consciously drops his Gs. (“When I was growin’ up … I didn’t have my momma.”) Seema obsessively checks FiveThirtyEight on her phone every day (the book is set during the summer before the 2016 election), and the first time it gives Donald Trump a 50.1 percent chance of winning, she cries.

Trump’s shadow looms over this novel more and more as it winds to its close, and the parallels between Barry’s corrupt, venal work and the corrupt, venal administration that has emerged since Trump was elected become ever more clear to the reader: Barry might be a likeable sadsack, but he’s still complicit in a system that is slowly destroying the fabric of the country. And Barry himself can never quite see that he is not a blameless victim, and that even his own self-pity is a luxury, a commodified good on par with his expensive watches.

That’s what makes Barry as tragic as he is: You might feel inclined to root for him, but he’ll never change, and neither will the monstrous, destructive system he helps to maintain. We’re all stuck in it together.

But as far as Barry is concerned, he’s just doing his job, making connections, and being the friendliest dude on the Street.