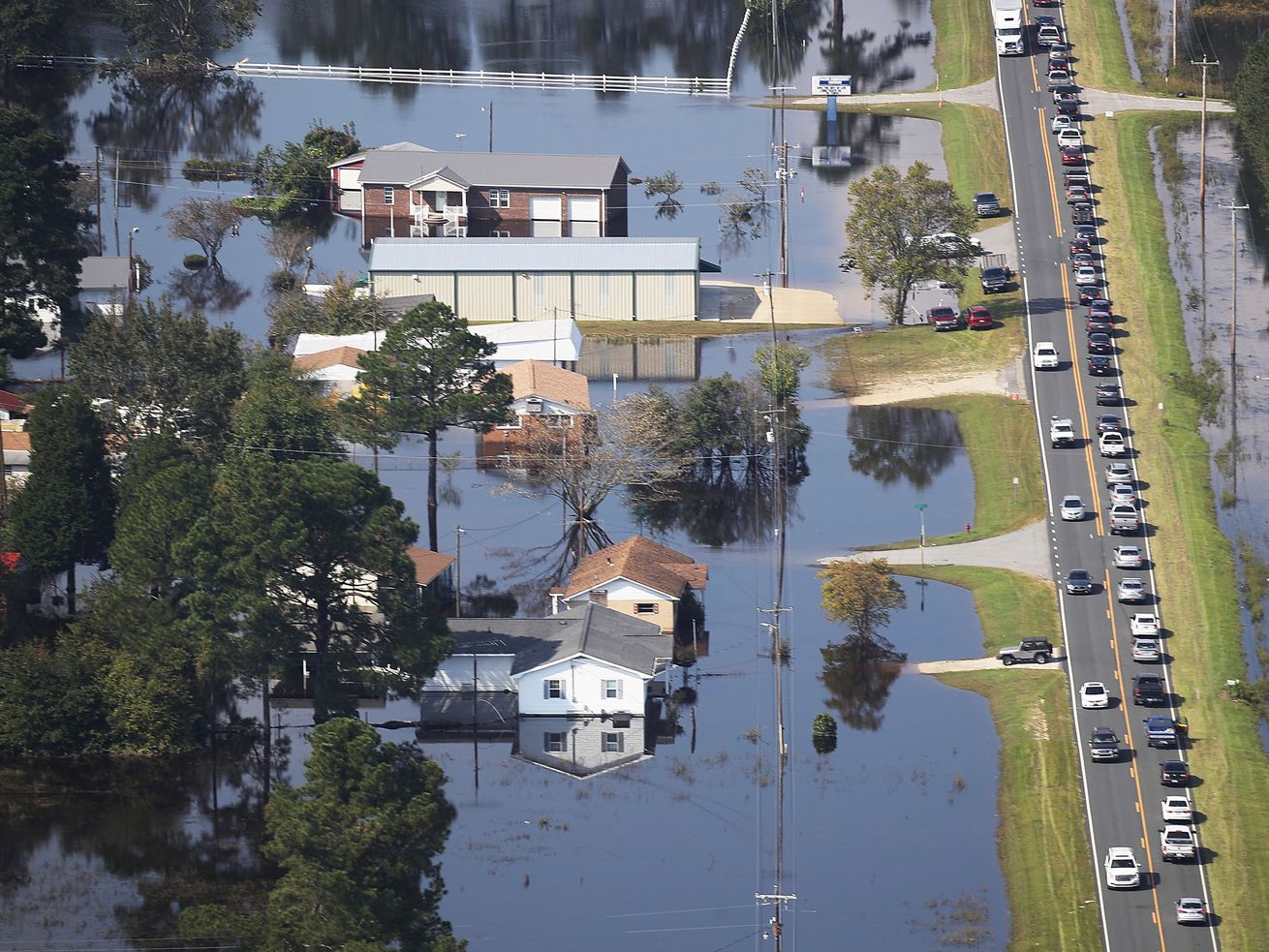 Massive downpours like these are no longer as rare as the name suggests.

The National Weather Service reported Thursday that the overwhelming amount of rain from Hurricane Florence over three days was a 1,000-year event. But these once-rare events are poised to become more common as the climate changes.

Torrential downpours dropped upward of 50 inches of rain in some areas of the Carolinas as the storm made landfall and weakened. Across North Carolina, Florence dumped about 8 trillion gallons of rain, enough to fill more than 12 million Olympic swimming pools.

The resulting floods broke records and sent animal waste and toxic coal ash spilling out of containment structures and into surrounding waters.

Such massive rainfall events have (until lately) been uncommon, and all the talk of 100-year and 500-year events can be a bit confusing. As Vox’s Dara Lind explained last year, when scientists invoke the X-year classification, they’re talking not about history but about probability. (Hydrologists actually prefer the term “recurrence interval.”)

A quantity of rain like what we saw from Florence, for example, is a 1,000-year event because it has a 0.1 percent chance of occurring in any given year. It doesn’t mean that the last time the region saw a flood like this was 1,000 years ago, or that we won’t see a similar event in the near future.

In fact, as the climate changes, these extreme events are occurring with increasing frequency. Hurricane Harvey led to record flooding in Houston last year, but it was also the city’s third 500-year flood in as many years. As average temperatures go up, air can hold on to more moisture, and heavy rain events have been dumping more water in recent years. That’s why some scientists describe climate change’s impacts on extreme weather as “loading the dice.”

So terms like “500-year flood” or “100-year storm” are better understood as a shorthand for the scale of an event rather than its likelihood.

Still, considering the probability of massive flooding or high winds is critical for insuring homes or designing roads and bridges. And the ongoing changes in the climate have huge implications for public policy, as Lind writes:

In theory, a 500-year flood is something that has a 1-in-500 shot of happening in any given year — in other words, the sort of event that’s so rare that it might not make sense to plan around the possibility of it happening. The problem is that 500-year floods are happening more often than probability predicts — especially in Houston. And, especially in Houston, prevention planning hasn’t evolved to acknowledge that a “500-year” flood isn’t really a 1-in-500 chance anymore.

Some areas stuck by Florence had also failed to act on the changing risks in recent years. North Carolina went as far as to pass a law in 2012 to ban the use of modern climate science in forecasting threats from flooding and rising seas.

Other parts of the country will have to reckon with this too. Old assessments of floodplains are quickly becoming obsolete, which stands to put more people and property at risk. City and federal governments will have to decide what kinds of damages they’re willing to tolerate and what they can afford to prevent. In some cases, that may mean retreating from the coasts altogether.