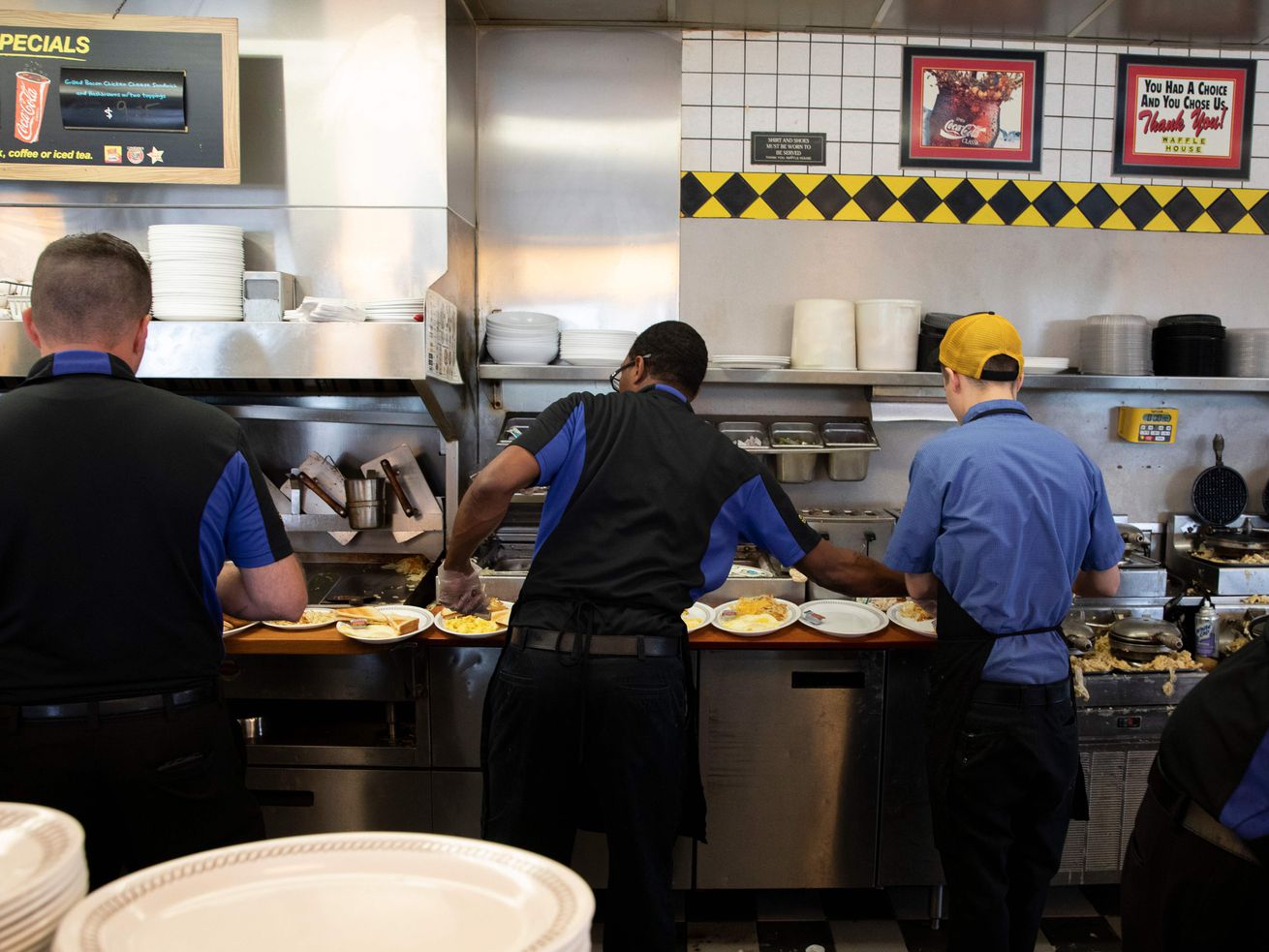 Low-wage workers are the most screwed.

Hurricane Florence is dumping tons of rain on the coast of North Carolina right now, and thousands of people in the storm’s path have evacuated to safer areas.

But even those who are physically safe have something else to worry about: all the income they’ve lost.

Many businesses in the hurricane’s path shut down days before the storm hit, and after the storm, employees returning to storm-hit areas might need to deal with home repairs or flooding. Even if all goes well, it will probably be a few days before some businesses reopen.

This means that thousands of workers — especially low-income workers — are losing money. And federal labor laws do little to nothing to protect them.

Just take the case of South Carolina. Republican Gov. Henry McMaster ordered a mandatory evacuation for the entire coastal area starting on Monday, several days before the storm was expected to make landfall. This news distressed many hourly workers in the evacuation zone, especially restaurant servers and bartenders.

But McMaster downplayed the hardship on low-wage workers during a press conference the following day. “We have to err on the side of caution to make sure all of our citizens are safe,” he said, according to the Post and Courier. “One life is not worth an economic advantage somewhere else.”

To be clear, this is not an issue of workers seeking advantages — it’s about making sure they have enough money to buy food and pay rent when they return home. But instead of addressing this problem, federal labor laws make hurricanes more painful for workers. And the workers hurt most under the law are the ones who actually need the most help.

During hurricanes and other natural disasters, low-wage workers are hit hard

In storm-affected areas, the people who are most stressed out right now are workers who make less than $20 an hour. Low-wage, unskilled workers are considered hourly workers under the Fair Labor Standards Act, the federal law that governs workers’ pay.

Under the FLSA, workers who get paid by the hour can get overtime pay, but they are not guaranteed a steady source of income. That’s because an employer only has to pay an hourly worker for the number of hours worked. It doesn’t matter if an employee can’t work because he or she is ill, or injured, or giving birth. If a business decides to shut down because of a snowstorm or hurricane, employees who were scheduled to work simply won’t get paid.

We’re talking about a huge group of workers. Most employees in the United States get paid by the hour, and they make the least amount of money. In 2017, about 80 million US workers fell into this category — nearly 58 percent of workers who earn a paycheck.

Basically, anyone who currently makes less than $21,000 a year, or less than $27 an hour, is considered an hourly worker under federal law. People who do manual labor, or unskilled work, also fall into this category.

So when the governor of a state issues a mandatory evacuation order ahead of a hurricane, it shouldn’t be surprising that not everyone rushes to leave. Missing even one day of work creates hardship for families that are already struggling to pay their bills. And many businesses expect their workers to be around as soon as the storm passes.

Some businesses even stay open after mandatory evacuations are issued for their area. Waffle House, the popular 24-hour restaurant chain, tries to stay open as long as possible before a storm. One Waffle House in Wilmington, North Carolina, a coastal city that was directly in Florence’s projected path, was still serving food as of 5:45 pm on Thursday. It closed later that evening.

“We plan to open as soon as the storm passes,” read a sign on the door, suggesting that some employees must have stuck around to pick up a shift the next day. They probably have bills to pay.

White-collar, professional workers will feel less pain from Hurricane Florence. Under federal law, jobs that require a college degree are considered salaried positions. These jobs are more flexible, and workers don’t have to worry about tracking their hours. Because these workers receive a fixed salary, employers cannot reduce their income, except in limited cases.

In the context of a hurricane, or severe weather, a business that temporarily closes down must still pay their salaried employees their regular income. However, employers can choose to make workers use any available paid vacation days or sick days during that time. The law only prohibits employers from cutting their pay.

And if a business remains open even if a mandatory evacuation order is in effect, that business can legally dock the pay of any salaried employees who don’t show up that day. That can also happen if a business reopens immediately after a hurricane passes. Even if the storm crushed an employee’s house or car, and that person can’t get to work for a day or more, it doesn’t matter. Their boss can still cut their pay.

That said, businesses can let their salaried employees use vacation days if they need to take some time off. But companies don’t have to do that. It depends on how generous an employer is, and whether state labor laws are more generous to workers than the FSLA.

Taxpayers pick up the tab in some cases

The federal government does have a program to help some workers who lose income because of a major storm.

The Federal Emergency Management Agency funds the Disaster Unemployment Assistance program, which will reimburse workers up to about 50 percent of their lost wages, but only in extreme circumstances.

For example, someone can only get financial assistance if they can’t work for more than a week after a hurricane passes through. Four days without work isn’t enough. And the program doesn’t cover income lost the day of the storm, or from the days leading up to a storm (if a business closes or a worker decides to follow evacuation orders).

The financial impact of a hurricane on workers is well documented. A 2013 study from Rutgers found that Hurricane Sandy cost low-income families in New Jersey $832 million in lost wages. Only a fraction of them received FEMA disaster aid.

So while US taxpayers will pick up the tab in a few scenarios, for the most part, workers are largely on their own. And instead of requiring employers to pay employees regardless of their status, federal labor laws just make hurricanes more painful for people who are already struggling.