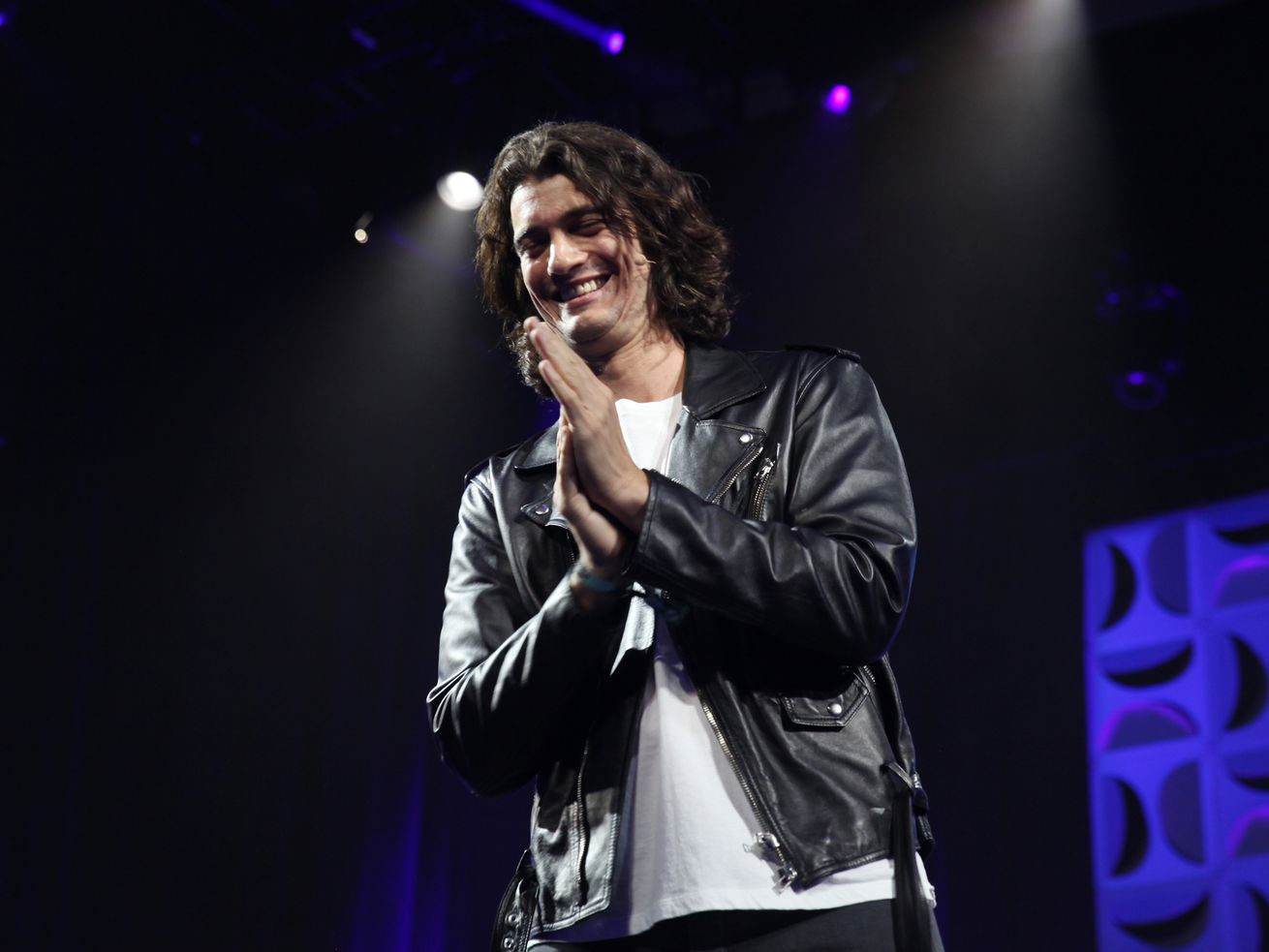 Silicon Valley is trying to point fingers for the demise of WeWork. It is not pointing fingers at itself.

The knives are out for Silicon Valley’s most controversial investor.

WeWork’s plummeting valuation and the ouster of its CEO Adam Neumann on Tuesday has unleashed new frustration with SoftBank, whose name has become shorthand for the debate about whether Silicon Valley is indeed in a financial bubble.

SoftBank, WeWork’s largest outside shareholder, is just one of the thousands of investors who back startups in Silicon Valley. But none have reshaped the entire landscape of tech investing like SoftBank has, and so how it fares carries enormous weight in Silicon Valley.

Three years ago, SoftBank raised an $100 billion — an enormous amount of money — from sources like Saudi Arabia to invest in startups. It then began using that checkbook, called the Vision Fund, to buy its way into the tech industry’s most iconic new companies, including Uber, Slack, and WeWork, often at prices that made rival venture capitalists scoff.

WeWork became one of its crown jewels, with SoftBank’s cash pumping WeWork up to a nearly $50 billion valuation ahead of a highly anticipated IPO that was expected to kick off before the end of the year. But as the company prepared to go public in recent weeks, WeWork began its implosion, culminating with Neumann’s departure on Tuesday.

And now, amid the rubble of an extraordinarily bungled IPO, Silicon Valley is trying to explain what happened and who is to blame. So far, that has not included itself.

Outside observers and sources linked to WeWork on Tuesday took pains to characterize WeWork’s drama as a SoftBank problem, not a tech industry problem. But while SoftBank may be an exaggeration of a trend, nearly all Silicon Valley investors privately bemoan the rise of founders with unfettered power, young companies overflowing with money, and weak ethics rules — each of which played a role in WeWork’s undoing.

“To me this is as much of a SoftBank fiasco as it is an Adam [Neumann] fiasco,” one person close to the company told Recode.

Much of the blame on Tuesday fell on WeWork’s board of directors. One shareholder criticized it for a “total fail” on governance, and the person close to the company said “we own some of the responsibility” for not doing more to limit SoftBank’s influence. SoftBank declined to comment for this story.

But if a reckoning in high finance is coming, some in the tech community are trying to narrow it to SoftBank and SoftBank only.

“This is not a systemic risk where all these venture firms are doing all these deals at crazy prices. It just happens to be the biggest one,” said Zach Weinberg, the co-founder of Flatiron Health, which was acquired for $2 billion last year. “Irrational pricing driven by one giant player is not good for everybody. This is a resettling.”

Investments in WeWork only account for about 4% of SoftBank’s Vision Fund, and the fund has been behind six IPOs. Some of these have performed solidly, like Guardant Health, which has more than doubled in value since it went public. But as always, it is high-profile consumer brands like WeWork that tend to set the narrative. And WeWork’s plight comes after SoftBank’s other landmark investment, Uber, has also struggled, falling in value by about 25% since it went public earlier this year.

Because of SoftBank’s size, its success or failure is perceived as a long-term bellwether for the tech world. When SoftBank began plowing its $100 billion into Silicon Valley, it grew to dominate every Twitter debate or hushed conversation in tech’s power corridors as either an articulation of Silicon Valley’s hubris or of its sweeping ambition.

And so SoftBank’s daring bets made for a grand experiment. If you pump enough money into young, unprofitable tech companies and press their founders to dream big, can they become the next Alibaba (which made SoftBank $58 billion)?

WeWork, according to some observers, has answered that question.

“The emperor has no clothes,” Sandy Kory, a tech investor at Horizon Partners, told Recode. “I think it’s clear that the most negative version of SoftBank’s impact on the companies that it invested in is true.”

Scrutiny of SoftBank was at its peak in the opening months of its jaw-dropping investments in 2017, but gradually receded throughout 2018 and early into 2019 as more and more poobahs came to understand its strategy.

“Could it really be as crazy as it looked?,” Kory remembers thinking. He said he tried to give SoftBank the benefit of the doubt. But no more.

“It’s a uniquely bad impact where the messiah complex of the CEO was massively reinforced by perhaps the messiah complex of the person who runs SoftBank,” he said, referring to SoftBank’s chief Masayoshi Son. “In Silicon Valley, where you can learn the wrong thing from success … it’s easy to think that everything you’re doing is right. But sometimes the wrong lessons get reinforced.”

Kory and other players in the startup world insisted to Recode that this is not a pervasive problem in the tech industry. Several sources pointed out that all of the fundraising rounds that valued WeWork at over $20 billion were led by SoftBank or related entities, suggesting that no other investors fell as hard for the company as SoftBank did. Other pass-bucking attempts included noting that WeWork is technically a New York-based startup with few traditional tech investors and that even its claim that it’s a tech company is questionable.

Matt Kennedy, an expert on IPOs at Renaissance Capital, said that while WeWork’s drama has proven to be “embarrassing” for SoftBank, it should not cast shadows over the world of tech.

“There [are] still plenty of IPOs coming out of Silicon Valley that are successful,” Kennedy told Recode. “Just this whole model of giving a company a $20 billion-plus valuation — when it’s losing $1 billion a year — just wont fly in public markets.”

As for SoftBank, the investor has shown no signs of wanting to change its go-for-broke strategy. Son’s bullishness for tech should be clear from the fact that he speaks of a 300-year plan for an artificial intelligence-fueled revolution. He is also preparing to raise another $100 million Vision Fund, meaning that there is no end in sight for SoftBank’s largesse.

And he even remains bullish on WeWork, a startup that a person close to the deal says he still thinks of as a long-term investment that can weather some short-term turbulence. Once it has a permanent CEO, WeWork will likely to try to go public again at some point in 2020 — even though it’ll likely have to restart the process from scratch, re-interviewing bankers and advisers, the person said.

And so there is little belief that even SoftBank will change, even if hope springs eternal in some quarters for a SoftBank comeuppance. One of the people close to WeWork said they hoped at least that SoftBank’s future founders would not get the type of long leash in the future like Adam Neumann did.

“The shareholder pressure that got Adam out was way too late,” the person said. “Not everyone is Mark Zuckerberg.”