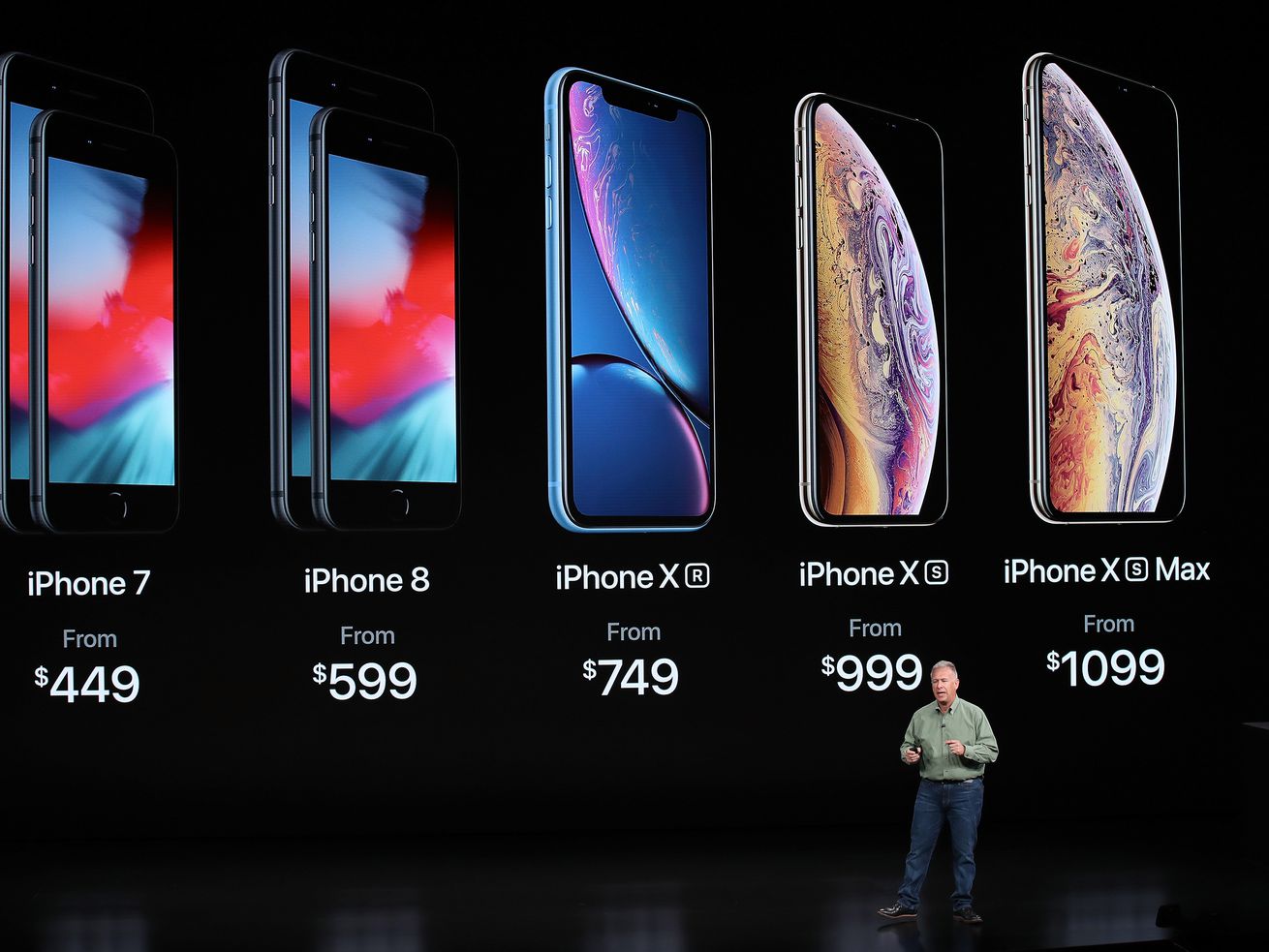 Trump says Apple should just build plants in America. I tried to figure out what that would entail.

Even if President Donald Trump won his battle with Apple and the tech giant started to manufacture its iPhones in the United States, it might not even be a good idea.

Trump lashed out at Apple recently after the company said the White House’s proposed $200 billion tariffs on Chinese goods would hurt its business. Trump tweeted: “Make your products in the United States instead of China. Start building new plants now.”

It’s tempting to write off Trump here as just tweeting populist rhetoric, but he actually does hit on something interesting — should Apple be making more of the iPhone and other products in the US?

If Apple managed to bring manufacturing jobs to the United States, analysts say that assembling the iPhone here wouldn’t actually make it much more expensive. As Konstantin Kakaes wrote in the MIT Technology Review in 2016, putting together the iPhone in the US from parts made abroad would only cost about $30 to $40 more per phone, a modest increase for a device with a 64 percent profit margin. Even if every part was made in the US, an iPhone would cost about $100 more, Kakaes concluded, assuming raw materials were still purchased on global markets.

The issue is not so much cost of putting an iPhone together, or even the cost per part on paper. The issue is skill, scale, expertise, and infrastructure — all of which require money, time and long-term investment. Unlike other manufacturing jobs that have migrated from the United States, Apple wouldn’t be bringing them “back” so much as starting from scratch. The cost would come in attempting to build a system that’s never been in the US, but has been built over decades abroad.

And even if Apple could somehow manage to bring the whole process to the United States, at a huge cost, there might not even be much of an advantage in terms of global trade. China makes only about $8 per phone, so placing Apple and its supply chain in the midst of the US-China trade dispute just isn’t that smart.

“It always sounds good when a president sounds tough on trade and issues protectionist policies,” Wayne Lam, principal analyst at information and analytics firm IHS Markit, told me. “We just don’t have the sheer workforce size nor skill set to be good at consumer electronics manufacturing.”

Apple prices may increase because of the massive Tariffs we may be imposing on China – but there is an easy solution where there would be ZERO tax, and indeed a tax incentive. Make your products in the United States instead of China. Start building new plants now. Exciting! #MAGA

It’s tempting to assume that the reason Apple assembles its phones in China is cost. After all, the minimum wage is a fraction of what it is in the United States. But that doesn’t explain why, then, Apple doesn’t go somewhere even cheaper. Why aren’t iPhones built in, say, Nicaragua, where labor is even less expensive? The answer is skill.

Apple CEO Tim Cook said last year that he needs a “rare” combination of craftsman-like skill, sophisticated robotics, and computer science. That combination is a system that’s been built over time in countries like China that have made the investment.

“There’s a confusion about China,” Cook said. “The popular conception is that companies come to China because of low labor cost. I’m not sure what part of China they go to, but the truth is China stopped being the low labor-cost country many years ago. And that is not the reason to come to China from a supply point of view. The reason is because of the skill, and the quantity of skill in one location and the type of skill it is.”

Apple contracts with different companies to manufacture an iPhone’s various parts (such as the chip or display) and then with other companies, such as Foxconn or Jabil, which are headquartered in Taiwan and Florida, respectively, that put together those parts to build the device. The company says last year it spent more than $50 billion with about 9,000 US suppliers and manufacturers, meaning some parts are already from the US. (“We have always made parts here,” Cook told MSNBC in March. “People just look at where the final product is assembled.”)

Trying to make the display in the US instead of, say, Japan or South Korea could potentially be “juiciest target” in getting more production in America, said Greg Linden, a research associate at the Institute for Business Innovation at Berkeley and expert in global value chains, because it’s the most expensive component of the iPhone. Still, Apple would essentially have to convince their suppliers to fire their workers in Asia and expand operations in the US.

What does “Made in America” mean?

When we talk about “Made in America,” that can mean multiple things. It could mean assembling parts that are brought in from other places. Or it could mean making some of the parts and assembling them here. Or — the most difficult — sourcing every single component and material from the US.

The simplest option for Apple to claim it “makes” iPhones in the US would be option one, bringing in the pieces and putting them together here.

Just assembling an iPhone in the US would increase the price, Kakaes found, but only modestly: Most iPhones are assembled in China or, in some cases, Brazil. Putting them together in the US instead would run anywhere from about $10 to $40 extra because of labor costs and the additional transportation and logistics expenses incurred of shipping parts made elsewhere to the US.

IHS Markit, the information and analytics firm that does “teardowns” of each iPhone to determine the cost of its components, estimated that the iPhone 8 plus contained about $8 in “manufacturing costs” — the price of assembly, including machines and manual labor. IHS estimates that moving assembly to the US would at least double the manufacturing costs of the iPhone. That estimate doesn’t include the overhead costs and markup those manufacturers ultimately charge Apple, or what Apple charges consumers.

An iPhone assembled in America from some American-made parts would be more expensive: If components were to be made in the US as well as assembled here, Kakaes found that it would increase the cost of the iPhone by about $100.

Apple could, theoretically, absorb some of those costs — IHS estimates the iPhone X materials cost $370.25, and the phone is sold for nearly $1,000 — or it could pass them on to consumers.

The government would probably need to provide generous sweeteners to make any of this happen.

Taiwanese electronics manufacturer Foxconn has committed $10 billion to build a plant in Wisconsin. The state’s giving the company about $4 billion in incentives.

“It takes a few years to get a display or chip factory up and running, so committing to a multi-billion-dollar investment for one of them requires a certainty that the products will have a local market when the factory starts running,” Linden said. “For that reason, it probably makes more sense to start assembling phones here first, then worry about the components later.”

In 2013, Motorola announced that its Moto X would be “designed, engineered, and assembled” in the US — specifically, in Texas. The parts were still imported from China and elsewhere, then put together in the US. The phones wound up costing a few percentage points more than they would have had assembly taken place in Asia, Linden said, and the Texas plant closed in 2014.

Google dabbled in a similar idea with its media player, Nexus Q, but that didn’t work out either. “These were both experiments that ultimately came to the same conclusion that manufacturing in China is the most economically viable option,” Lam, from IHS, told me.

Trump often complains about the US-China trade deficit, which was $375 billion in 2017, and computers and electronics contribute a significant portion of that amount. The president has focused on manufacturing jobs in that context. But such a narrow purview, specifically with regard to Apple, misses some important points.

iPhone exports look like a big loss to the US — by one estimate, imports of the iPhone 7 and 7 Plus contributed $15.7 billion, or 4.4 percent, to the 2017 trade deficit with China — but the calculation is more complicated.

China isn’t actually making that much money off of the iPhone, at least in comparison to the device’s total cost. Linden, along with Syracuse University information studies professor Jason Dedrick, and University of California-Irvine business research professor Kenneth Kraemer, earlier this year estimated that China only makes $8.46 for each iPhone made.

That’s a fraction of the $240 factory cost that’s recorded when it enters the US from China, or the amount the government “counts” as what’s being imported. In other words, the government tallies each iPhone brought in as $240 toward the deficit, instead of what researchers say should be less than $9.

“This number does not reflect the reality of how much value China actually gets from its iPhone exports — or from many of the brand-name electronics goods it ships to the US or elsewhere,” the researchers wrote. “Thanks to the globe-spanning supply chains that run through China, trade deficits in the modern economy are not always what they seem.”

Apple has warned some of its products, but not the iPhone, will be affected if Trump imposes additional tariffs on $200 billion worth of Chinese products. The company has said they would cause it to raise prices on products such as the Apple Watch and AirPods, its wireless headphones. The Trump administration has reportedly assured Cook that the iPhone won’t be affected by tariffs.

Experts also argue that Trump’s narrow focus on manufacturing jobs ignores the other jobs — particularly white-collar roles — that Apple creates in the US.

In 2011, Linden, Dedrick, and Kraemer studied the iPod, which was largely produced offshore. They found that in 2006, the iPod supported nearly twice as many offshore jobs as in the United States, but the total wages paid to US workers was twice as much paid to those overseas. Because Apple keeps most of its research and development and corporate support in the US, it’s able to provide thousands of high-paid professional and engineering jobs.

The bottom line is that China and other countries in Asia have become a hub of consumer electronics manufacturing, and as much as Trump and other politicians might try to insist tech companies, including Apple, bring more production to the US, overhauling the current setup isn’t as simple as just building a factory.