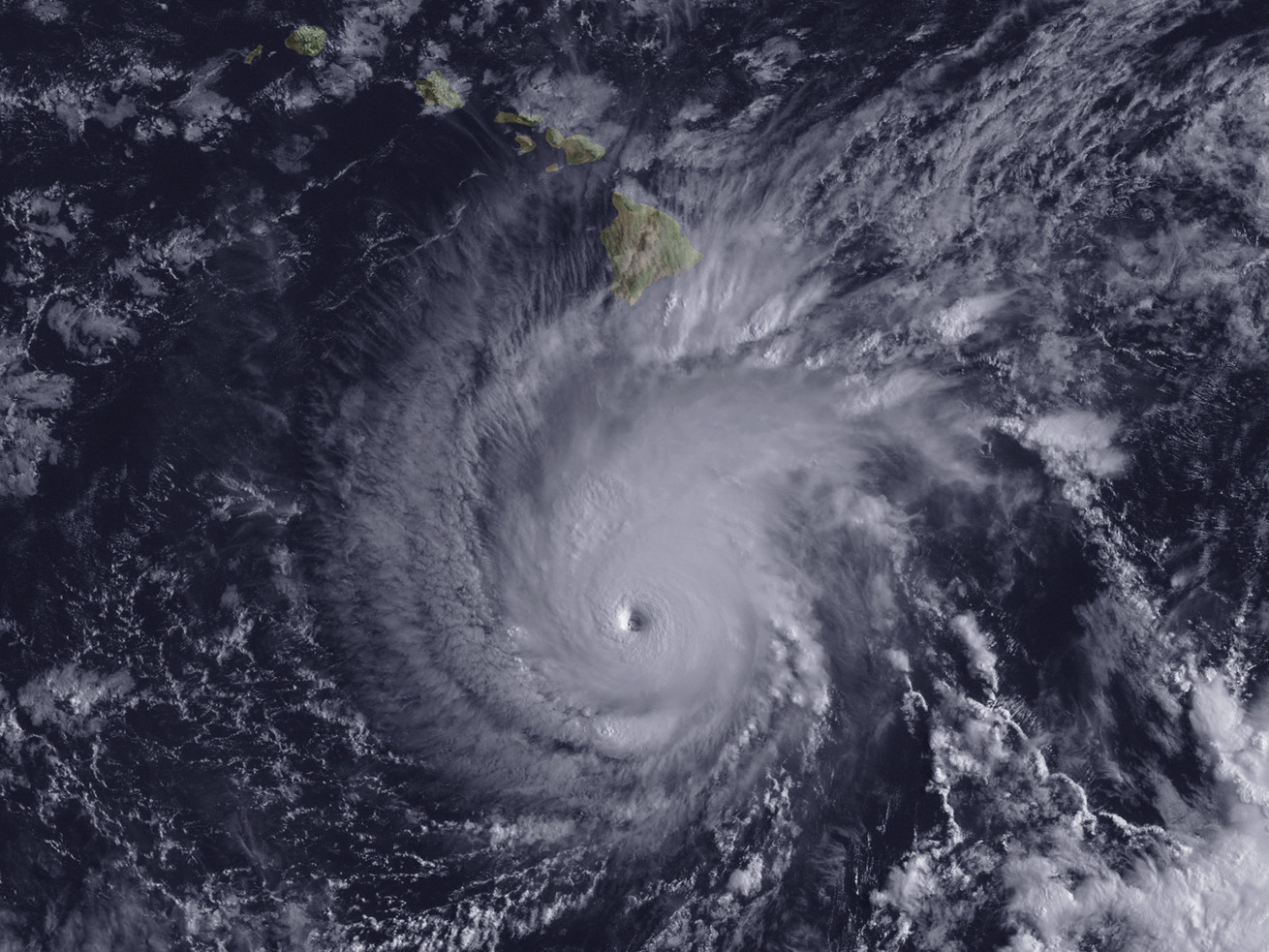 Here’s what we know about the storm that could graze the islands this week.

The state of Hawaii is facing a rare threat: A Category 4 hurricane is moving toward it, with hurricane watches and warnings in effect for most of the islands.

Hawaii is no stranger to natural hazards like volcanic eruptions (remember Kilauea?). But due to high-pressure weather patterns over the central Pacific, and a lot of deep, cool water around the islands, tropical storms usually steer clear.

It’s unclear if the storm — which is currently howling with 155 mph winds — will just graze the islands as it approaches on Thursday, or if it will make landfall. It’s expected to weaken a bit over the next day, but will remain “a dangerous hurricane as it approaches the islands,” the National Weather Service warns.

In any case: it’s a potentially scary situation for the islands’ 1.4 million inhabitants, given the size of the storm and the impact it could have. “The center of Lane will track dangerously close to the islands Thursday through Saturday,” the National Weather Service’s Honolulu office reports. “Regardless of the exact track of the storm center, life threatening impacts are likely over some areas as this strong hurricane makes its closest approach.”

Tropical storm- and hurricane-force winds may reach the Big Island (the largest and easternmost island) by Wednesday night, followed by a possible 20 inches of rain, flooding, storm surge, and, possibly, landslides. “Now is the time to complete all preparations to protect life and property,” the Weather Service warns.

Here’s what the weather service wants Hawaii residents to know:

1. Lane is forecast to move dangerously close to the main Hawaiian Islands as a hurricane tomorrow through Saturday, potentially bringing damaging winds. As Lane will be slow-moving as it nears the islands, prolonged heavy rainfall and life-threatening flash flooding will be possible. Large and damaging surf can be expected along exposed shorelines, along with localized storm surge.

2. As Lane approaches the islands from the southeast, initial impacts will be felt on the Big Island and Maui County, where a Hurricane Warning is in effect. Impacts on Kauai County and Oahu are also possible, and a Hurricane Watch is in effect there.

3.Do not focus on the exact forecast track or intensity for Lane, and be prepared for adjustments to the forecast. Life threatening impacts can extend well away from the center of a hurricane.

And here, see when forecasters predict tropical storm-force winds are expected to arrive for the area (times are in local Hawaii–Aleutian Time, or HST):

As with any hurricane, don’t focus solely on wind speed — the storm surge and rain matter too. But Lane is currently sustaining 155 mph winds, which can destroy homes, uproot trees, and knock out power for months. And as we saw last year with Hurricanes Harvey and Maria, even a downgraded hurricane or tropical storm can cause massive destruction and chaos. The deadliest aspect of a hurricane tends to be the coastal flooding that comes from storm surge. With Lane, forecasters are predicting 15-to-20 feet waves are possible on the south shores of the islands.

We’re more familiar with Atlantic hurricanes, which hit the US more often. One reason why is that when hurricanes form in the Atlantic, they can hit anywhere along the enormous American coastline. Pacific hurricanes often begin as storm systems off the west coast of Mexico. From there, Hawaii is just a tiny target, a speck in the sea.

As CNN reports, a named storm passes within 60 miles of Hawaii every four years or so. But it’s also the case that the Pacific waters around the islands are about a degree Fahrenheit warmer than usual, which is helping to fuel Lane’s powerful wind speeds.

And this is, indeed, an enormous storm.

#HurricaneLane in the early morning hours near #Hawaii. The crew of the @Space_Station sends much aloha to everyone there. pic.twitter.com/raPh37MZH9