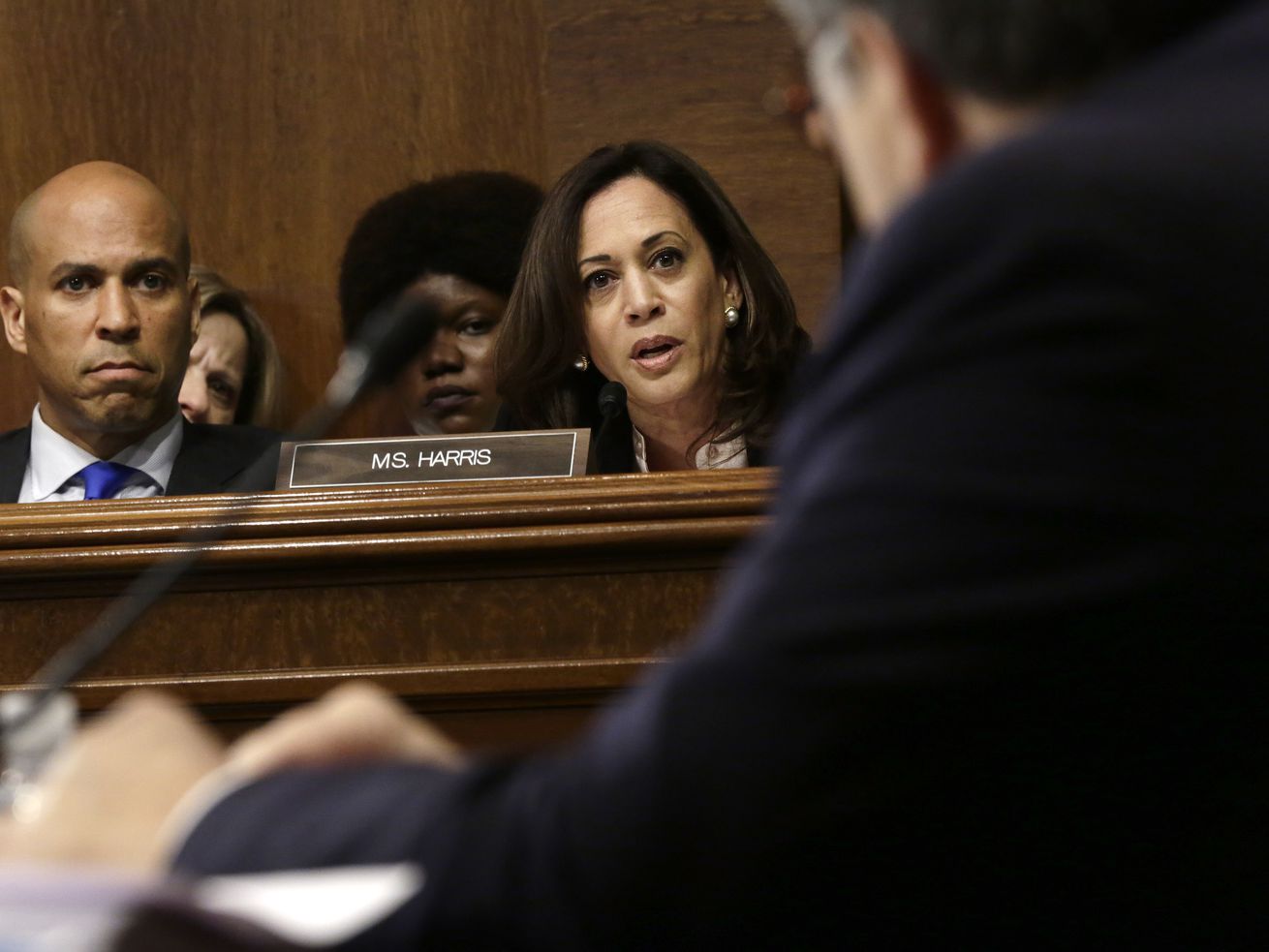 She effectively called him out for not doing his homework.

Sen. Kamala Harris (D-CA), a long-time prosecutor, knew just how to use her past experience to call out fellow prosecutor Attorney General William Barr on Wednesday.

As part of a pointed string of questions during a Senate Judiciary hearing on the Mueller report, the California Democrat and 2020 contender effectively demonstrated how Barr hadn’t really done his homework prior to clearing President Donald Trump of obstruction of justice charges. And in doing so, she exposed just how much his own biases may have fed into the decision.

Harris, specifically, asked Barr if he had reviewed all the underlying evidence that special counsel Robert Mueller had compiled in order to draw his conclusions. Barr indicated that he hadn’t, and noted that he simply took Mueller’s written report as the evidence itself, determining that Trump had not obstructed justice after reading it.

“We accepted the statements in the report as factual record. We did not go underneath it to see if they were accurate,” he said. “We take the characterization of evidence as true.”

Barr’s explanation seems logical, except that it doesn’t really jive with how he says he came to his final conclusions, Harris noted. In those conclusions, which were initially communicated to Congress via a four-page summary in April, Barr said “that the evidence was not ‘sufficient to support an obstruction of justice offense,’” Harris emphasized.

As her questions indicated, if Barr didn’t evaluate all the evidence that Mueller utilized, his final conclusion wasn’t really based on the sum of the evidence that was collected in the investigation. Instead, it was based on how Mueller explained the evidence, as well as, of course, Barr’s own judgment.

“In the Department of Justice, we have cross memos and declination memos every day coming up, and we don’t go and look at the underlying evidence,” Barr tried to explain.

But Barr’s conclusions also don’t really line up with the report the special counsel filed: While Mueller did not charge Trump with obstruction, he did not clear him of it entirely, explicitly stating that if he’d been able to do so after reviewing the evidence, he would have. Barr, meanwhile, said he was “absolutely” confident in his determination on obstruction during his testimony on Wednesday, despite the fact that he hadn’t looked at the underlying evidence Mueller used.

Harris seemed to call his entire methodology into question as part of a follow-up question.

“As the attorney general of the United States, you run the US Department of Justice,” Harris noted, wondering if Barr would accept a conclusion from any other US attorney “if they had not reviewed the evidence?”

“That’s a question for Bob Mueller, he’s the US attorney,” Barr said.

“But it was you who made the charging decision,” Harris quickly responded.

At that point, Barr seemed at a loss to explain further. “I think you’ve made it clear you’ve not looked at the evidence. We could move on,” Harris said.

Barr admits he did no work of his own before deciding to clear Trump of possible obstruction of justice charges pic.twitter.com/6bBQj90rru

Klobuchar also laid out a larger argument about obstruction

Amy Klobuchar, a 2020 candidate and former prosecutor as well, also built an effective case for why Trump’s actions, taken together, could constitute obstruction of justice.

To make her point, Klobuchar started by reminding Barr that he had previously said that the president convincing a witness to change his or her testimony could be considered obstruction of justice. She went on to list out several examples of Trump engaging in behavior that could meet this threshold, including his statements about former Trump lawyer Michael Cohen’s family members committing crimes ahead of Cohen’s testimony in the House and a private statement from Trump’s personal counsel to former campaign manager Paul Manafort that said he would be taken care of if he didn’t flip.

While Barr rebutted the specific examples that Klobuchar offered, noting that “public statements” Trump made in the Cohen example would not “pass muster,” for example, he provided her the exact opening she needed to draw a key conclusion.

“You look at the totality of the evidence, that’s what I learned while I was in law school,” Klobuchar said, listing example after example that the report offered about how Trump treated key witnesses who testified in front of Congress and the courts.

Like Harris, Klobuchar was among the most effective cross-examiners that Barr faced on Wednesday, setting up a crisp chain of questions that chipped away at the reliability of his analysis.

If you didn’t know the context of what was going on here it’d be hard to tell whether Barr is the attorney general of the United States or Trump’s defense attorney pic.twitter.com/KitXojIlfE

“Look at the pattern here. The report found that after Cohen’s residence and office were searched by the FBI, the president told Cohen to hang in there and stay strong,” she said. “The report found after national security adviser Michael Flynn resigned, the president made public positive comments about him and when he cooperated, changed his tune.”

Although Barr maintained that the president’s actions did not ultimately meet the criteria of an obstruction of justice charge, Klobuchar’s strategic framing certainly strengthened the case for Congress to continue pursuing its own probes.

“When you look at it, it is a pattern. It is different than having one incident,” she emphasized.