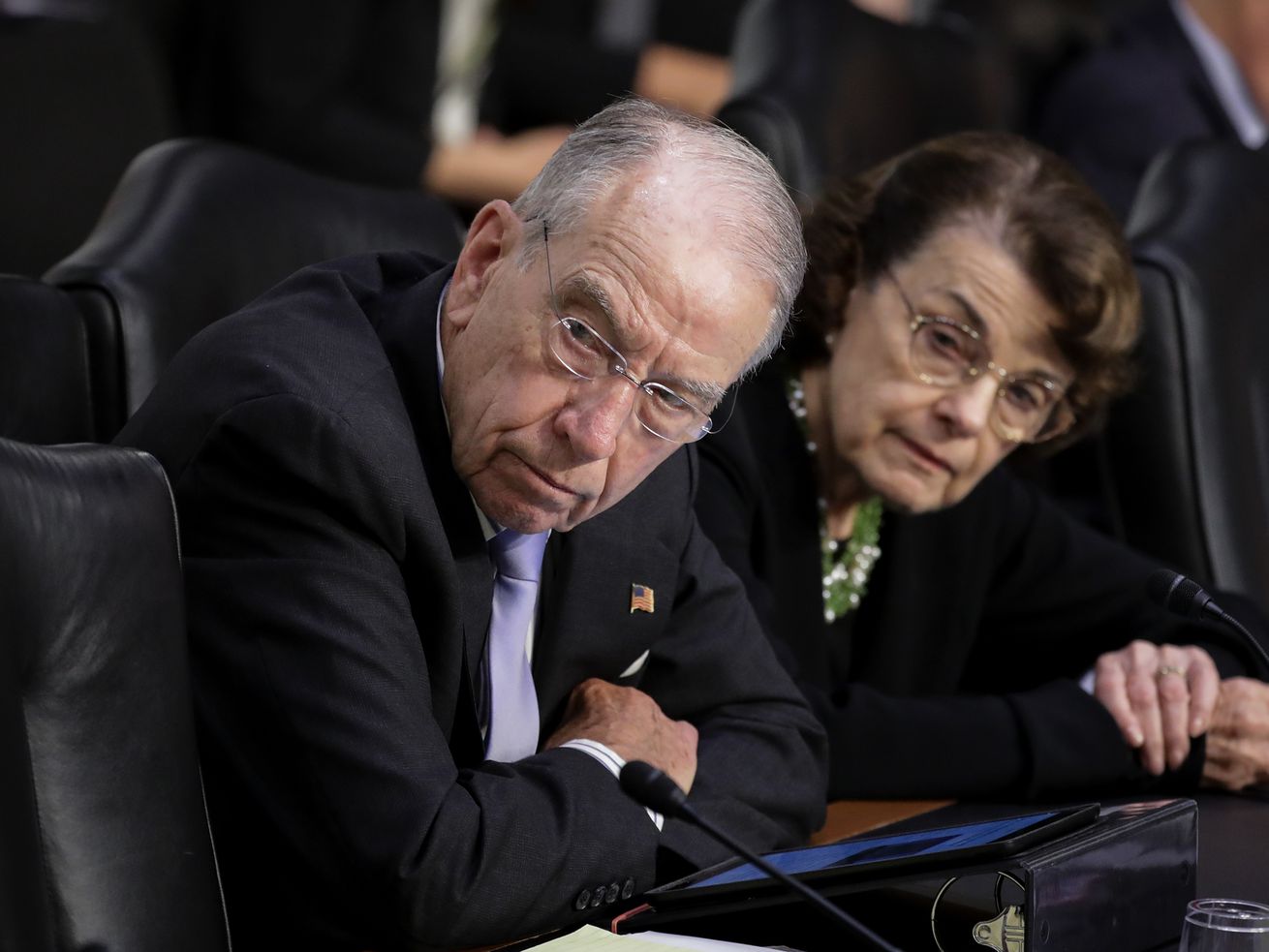 Ford’s lawyer had asked for an extension beyond the Senate Judiciary Committee’s 10 pm deadline. She now has until 2:30 pm Saturday.

Iowa Republican Sen. Chuck Grassley agreed late Friday to allow Christine Blasey Ford — a Palo Alto University professor who has accused Brett Kavanaugh of sexual assault — more time to determine whether she will testify about her allegations in front of the Senate Judiciary Committee, which he chairs, next week. She now has until 2:30 pm on Saturday.

An attorney for Ford, Debra Katz, had asked for the extension earlier in the evening on Friday, according to an email posted by The Washington Post’s Seung Min Kim. Grassley had previously demanded a response from Ford by 10 pm on Friday evening, a deadline Katz slammed as “arbitrary.”

“She [should] decide so we can move on,” Grassley wrote in a tweet, “I want to hear her.” The tweet directly addressed Kavanaugh, the Supreme Court nominee, with Grassley adding, “I hope u understand.”

Judge Kavanaugh I just granted another extension to Dr Ford to decide if she wants to proceed w the statement she made last week to testify to the senate She shld decide so we can move on I want to hear her. I hope u understand. It’s not my normal approach to b indecisive

Grassley had previously signaled that the committee is open to holding a hearing with Ford and Kavanaugh on Wednesday, even though Ford had said the earliest that she is able to commit to an appearance is Thursday. Katz argued that the committee’s strict Friday night deadline was “aggressive and artificial,” and counter to claims that the panel wanted to genuinely consider Ford’s perspective.

“You have been tasked with with pressuring Dr. Ford to agree to conditions that you find advantageous to the nominee,” Katz writes.

Grassley doesn’t appear to be happy about the extension, despite granting it. In a subsequent tweet on Friday, he complained that he feels like he’s “plying 2nd trombone in the judiciary orchestra and [Sen. Minority Leader Chuck] Schumer is the conductor.”

Ford’s attorney had said Thursday that she was still negotiating the terms under which she would testify in front of the Senate Judiciary Committee. She had signaled that it was “not possible” for her to attend the public hearing originally scheduled for Monday, but that she “wishes to testify, provided that we can agree on terms that are fair and which ensure her safety,” according to an email obtained by the Washington Post.

As an unnamed Republican Senator told Politico, the committee has agreed to some of Ford’s requests, which include ensuring that she and Kavanaugh are not in the same room. “We’ll do it on Wednesday, we expect the accuser before the accused and we do intend to have the counsel do the questioning,” the Senator said.

Republicans on the committee have indicated that they were interested in moving ahead with a vote on Kavanaugh’s nomination if Ford didn’t testify. Grassley appeared to follow through on this threat by scheduling a committee vote on Kavanaugh for Monday, which would take place if Ford does not commit to testifying.

“In the event that we can come to a reasonable resolution as I’ve been seeking all week, then I will postpone the committee vote to accommodate her testimony. We cannot continue to delay,” Grassley said in a Friday statement. That was before the extension tweets.

Ford had previously said she wouldn’t testify unless the FBI first conducted an investigation into the allegations, but it doesn’t look like that’s going to happen anytime soon.

Judiciary Republicans, the DOJ, and President Donald Trump have all thrown cold water on the idea of an FBI investigation. Grassley on Wednesday said it was not the job of the FBI to weigh the “credibility” of these allegations.

Ford, who accused Kavanaugh of forcing himself on her while they were at a party in high school, has said she wants to cooperate with lawmakers and is interested in having her story heard. Kavanaugh has unequivocally denied the accusations.

Ford’s announcement on Thursday that she will likely testify ends several days of uncertainty about whether she would appear before the committee. Wednesday evening, her attorney Lisa Banks had argued that the pace and structuring of the process have been fundamentally unfair. “The Committee’s stated plan to move forward with a hearing that has only two witnesses is not a fair or good faith investigation; there are multiple witnesses whose names have appeared publicly and should be included in any proceeding,” Banks wrote in a statement.

Ford and Kavanaugh were originally the only two witnesses expected to testify. Democrats have argued that others, including Mark Judge, whom Ford implicated in the assault as part of her accusation, should speak as well. Ford had said that Judge helped Kavanaugh push her into a bedroom at the party and was intermittently encouraging Kavanaugh during the alleged assault. Judge has said he has no recollection of this incident and that he never saw Kavanaugh act in this way.