GARY NEVILLE and Jamie Carragher were just one name short of agreeing on their fantasy five-a-side team.

On Monday Night Football the ex-defenders were asked to pick three men to play in front of them.

Although that left just three positions to pick, it was only the midfield spot that the duo could not agree.

Liverpool hero Carragher agreed with two of Neville’s picks – but not the other. 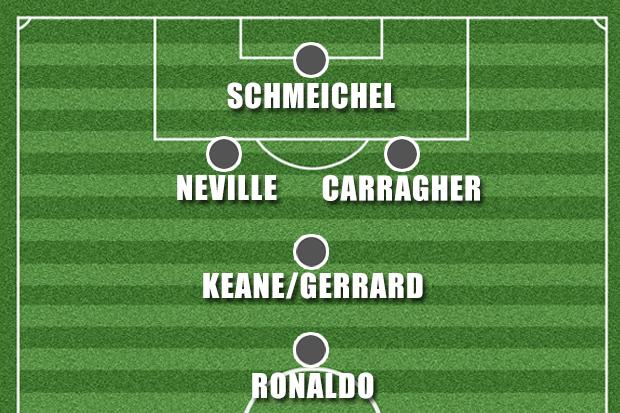 MOST READ IN FOOTBALL


Mourinho storms out of press conference demanding respect for his success


Think Lukaku’s miss against Spurs was bad? Check out his dreadful warm-up shot

MAN UP FOR RETURN

HARD LUKE IN THE MIRROR

Neville replied: “You have to drop Roy Keane for Steven Gerrard, though.”

Carragher hit back with a jibe at Neville, in reference to his punditry work for ITV at the World Cup.

He said: “He won a European Cup on his own. We’ll get Stevie in.

“That’s three Man U, two Liverpool, you can’t complain with that.

“Why were you sitting so far away from Roy Keane in the summer?

“I thought there was a bit of a problem in the studio?

“We sit a lot closer. You looked like you were on the left wing.”