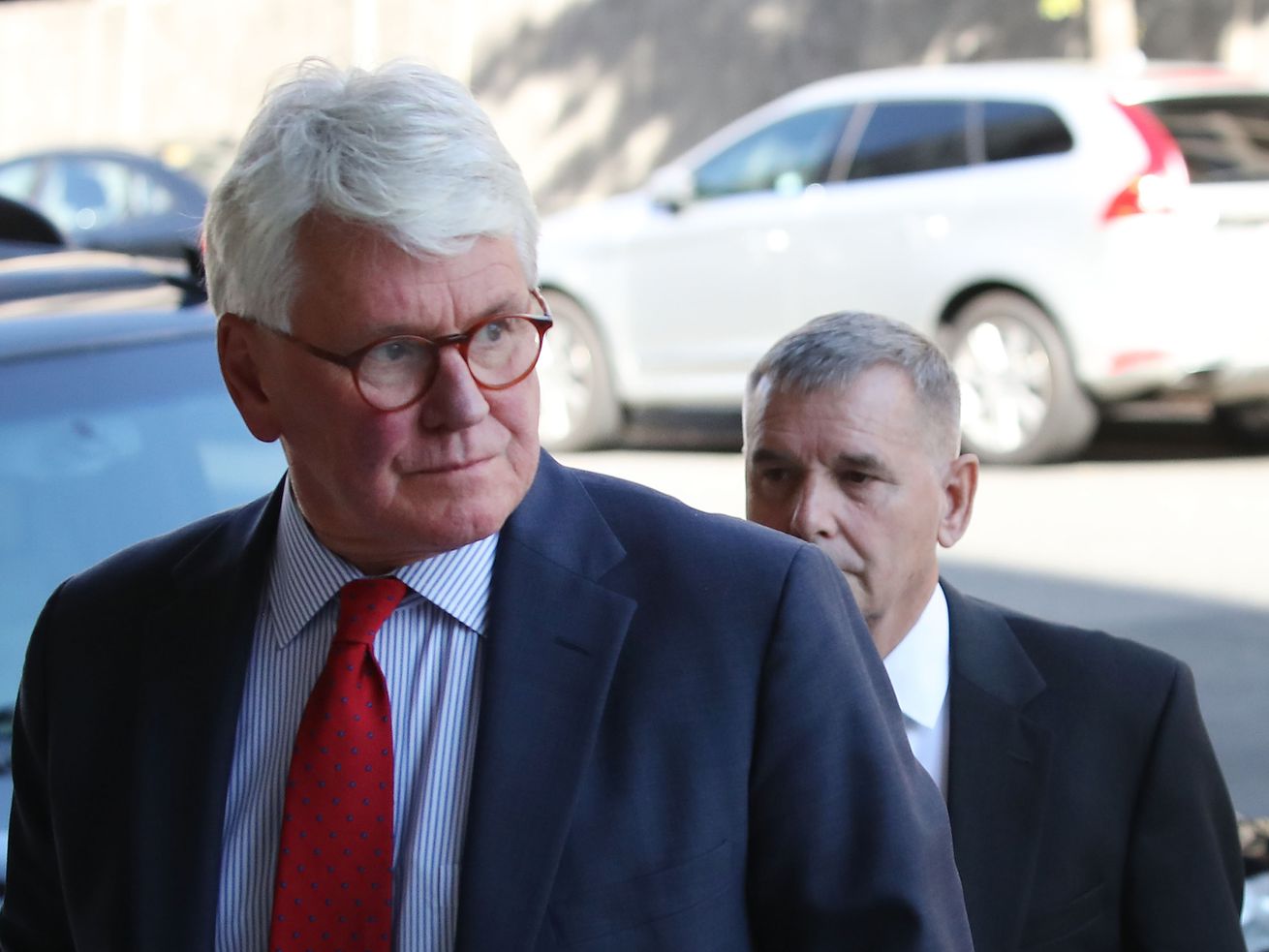 It’s the latest aftershock of the Mueller investigation.

Greg Craig, who served as White House counsel early in President Barack Obama’s administration, was indicted Thursday in a case stemming from the Mueller investigation.

Craig was charged with two counts of making false statements in a Justice Department inquiry into whether his law firm Skadden Arps should have registered under the Foreign Agents Registration Act (FARA) because of its work for the Ukrainian government.

The case against Craig was spun off from special counsel Robert Mueller’s extensive investigation of Paul Manafort, Trump’s former campaign chair who came under scrutiny in the Russia investigation.

Manafort was not, in the end, charged with conspiring with Russia to interfere with the election. But he was charged with, and eventually admitted to, financial and lobbying crimes related to his years of work for Ukrainian President Viktor Yanukovych.

As part of that work, in 2012, Manafort helped Ukraine’s government retain Skadden to write a report evaluating the prosecution of Yanukovych’s political rival, Yulia Tymoshenko. Craig was the lead partner in that project.

But prosecutors now allege that when the Justice Department started asking if the firm’s work for Ukraine meant it had to register under FARA, Craig made “false and misleading statements” to try to conceal what exactly he did for Ukraine.

In particular, the government claims, Craig sought to conceal and misrepresent his contacts with the media about the Tymoshenko report. This could have been an issue because if Craig was involved in public relations work (rather than just legal work) for Ukraine, this would put him at greater risk of violating FARA. And, the indictment claims, Craig very much did not want himself or Skadden to have to register under FARA.

Now, Craig was not actually charged with violating FARA; instead, he was charged with making false statements in connection with a FARA inquiry. Meanwhile, attorneys and friends have insisted that he is innocent, that the case against him is weak, and that prosecutors have political motivations for going after a prominent Democrat. And on Thursday evening, Craig posted a video denying any wrongdoing:

Who is Greg Craig?

For decades, Craig has been a mainstay in Washington’s Democratic legal establishment. He worked on Ted Kennedy’s Senate staff, at the State Department during Bill Clinton’s administration, and then as a White House lawyer for Clinton during the impeachment battle.

But when Barack Obama challenged Hillary Clinton for the Democratic presidential nomination in 2007 and 2008, Craig surprised (and angered) many of his former associates by backing Obama early and becoming an adviser to his campaign.

When Obama won the presidency, Craig became his first White House counsel. But he didn’t last long in the administration — he clashed bitterly with Chief of Staff Rahm Emanuel over Guantanamo Bay policy and other national security-related legal matters.

Craig left the administration in early 2010, reportedly turning down a judicial nomination Obama offered him. Instead, he quickly joined the law firm Skadden, Arps, Slate, Meagher & Flom, saying he was interested in the firm’s global reach.

In the spring of 2012, Paul Manafort — then working for Ukrainian President Viktor Yanukovych — helped arrange a deal in which Ukraine would retain Skadden to write a report.

The report was meant to evaluate the trial of Yulia Tymoshenko, who had run against Yanukovych and lost in the country’s 2010 presidential election, and was later prosecuted and jailed. Tymoshenko’s treatment was harshly criticized in the West, and Manafort’s aim was to get some better PR for Yanukovych’s government.

In theory, Skadden would be free to reach its own conclusions on Tymoshenko’s treatment. But the team knew the Ukrainian government was their client, and they were being paid $4 million for the work by a Ukrainian oligarch through an offshore account.

Craig was Skadden’s lead partner on the Tymoshenko report. And early on, he made clear that he wanted to make sure the firm wouldn’t have to register under FARA for this work. “The powers that be in NYC,” he wrote in an email, “insist” on that.

After some consultation, one Skadden partner advised the team that a key to avoiding registration would be to avoid doing any “public relations work” related to the report. Another partner told Craig that they were in this “as lawyers, not spin doctors,” per a settlement agreement between Skadden and the DOJ.

But when it came time for the report’s release, Craig had contacts with several journalists about it, most notably the New York Times’s David Sanger. He tried to get Sanger to cover the topic, “attempted to email him an electronic copy” of the report, “and personally hand-delivered a hard copy” to Sanger’s home, per the indictment.

Just about a week after the report’s release, the Justice Department’s FARA Unit sent a letter to Skadden saying the firm might have to register as a foreign agent for its Ukraine work, and asking for information on several topics.

So over the next 14 months, Craig sent a series of letters to the FARA Unit and had an in-person meeting with the FARA Unit’s staff. Prosecutors allege that Craig made a series of false and misleading statements and omissions during this period that were aimed at avoiding a government determination that Skadden should register as a foreign agent.

In particular, the indictment alleges, Craig told the government that he had only spoken with the media to correct misinformation, and in response to journalists’ requests. But emails appear to show him playing a more proactive role in trying to get coverage for the report’s rollout.

So in January 2014, the FARA Unit told Skadden and Craig that they did not need to register as agents of Ukraine — because, prosecutors now say, the unit was “misled by Craig.”

There the matter sat for several years, until Manafort’s Ukraine work came under scrutiny in the Mueller investigation. In October 2017, the indictment says, Mueller’s team interviewed Craig on the topic, and he “repeated” some “false and misleading statements” about media contacts he had made previously.

Mueller referred the Craig investigation elsewhere in the Justice Department. Last year, Craig left Skadden under a cloud. And this January, Skadden made a settlement agreement with the Justice Department, in which the firm agreed to return the Ukraine money, register under FARA, and admit a series of facts that seemed to heap blame on Craig.

So now Craig has been indicted, after reportedly turning down a plea deal. As is so often the case, the charges against him are not actually for violating FARA but for making false statements to the government during an inquiry into the matter.

Craig’s defenders — like Stuart Taylor Jr., a legal journalist and a friend of Craig’s — have argued that this is a weak case and that he is being scapegoated because of pressure on the Justice Department to prosecute Democrats. It’s not clear how he’ll fare in court, but it is clear that his indictment is just the latest rippling consequence from the Mueller investigation.