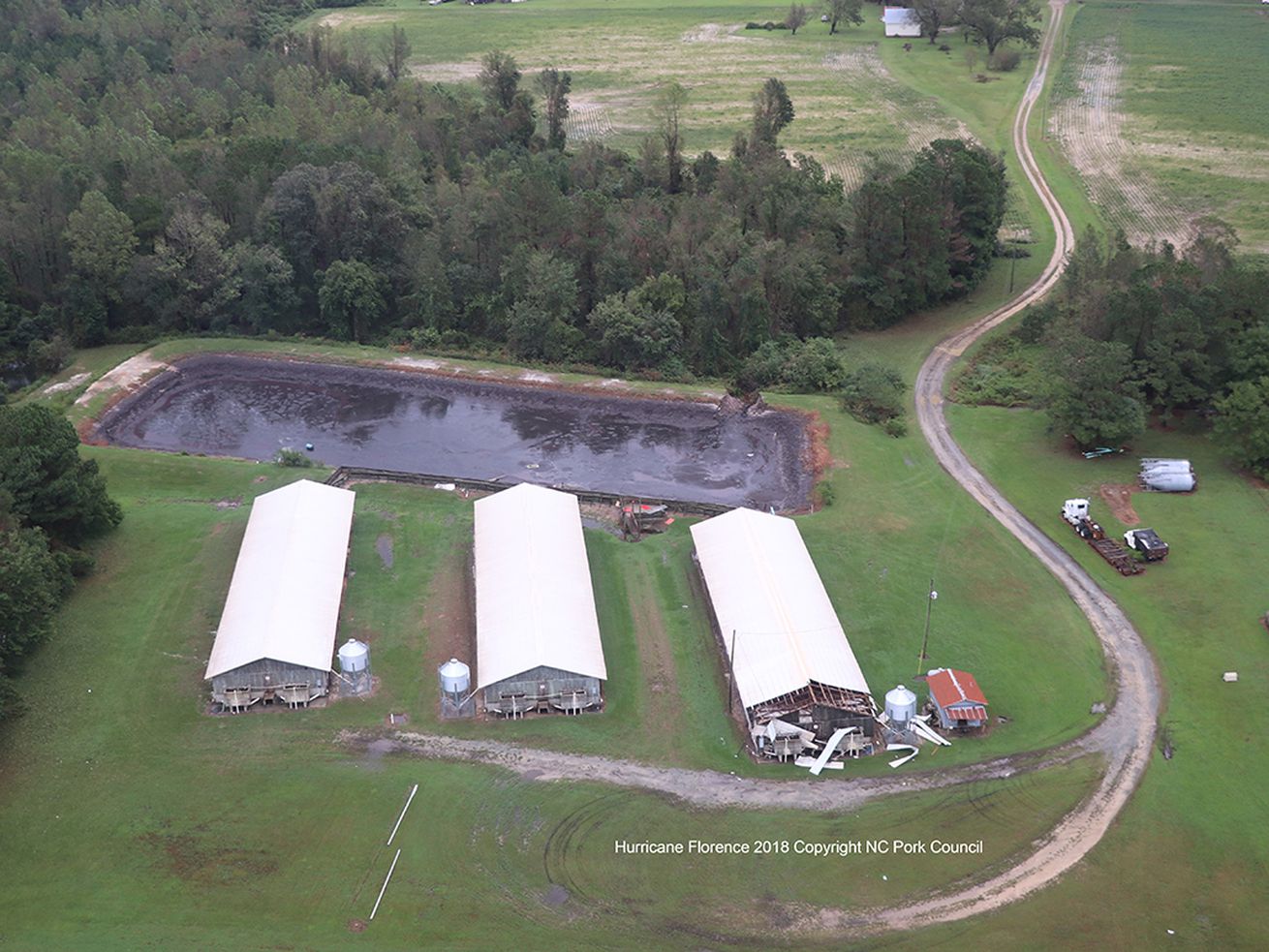 What hurricanes reveal about our neglected, time-bomb toxic waste sites.

The hurricane, which downgraded to a tropical depression as it made landfall last week, drenched the southeast with a gargantuan amount of rain, as much as 50 inches in some places. The storm has killed at least 32 people, and several flooded rivers in North and South Carolina are still rising.

Though the heavy rains of #Florence have moved out of the Carolinas and Virginia, many rivers are in flood, STILL RISING, and flooding could last weeks.
Listen to local authorities, and never drive around barricades or through floodwaters. https://t.co/VyWINDk3xP pic.twitter.com/lRCq67jBN1

As with other recent disasters, like Hurricane Maria in Puerto Rico, some of the most insidious dangers may emerge in the aftermath. The specific concern is that people could get sick from toxic chemicals and infectious bacteria if waste facilities are overwhelmed from flooding and their contents spill into the water supply.

The environmental health threats of the flooding are especially acute in North Carolina, which has a massive livestock sector concentrated in the eastern part of the state, the same region hardest hit by the storm. North Carolina is second only to Iowa in hog production (there are 45 times as many hogs as humans in the state). It’s second in turkeys, behind Minnesota. And it’s the third-largest poultry-producing state overall in the country.

All these animals produce feces and urine, which can contain pathogens and dangerous chemicals. Around large farms, this waste is often contained in anaerobic lagoons. These are pits usually about 8 feet deep and lined with clay to limit leaks. The animal waste in the lagoons undergoes anaerobic digestion, where microorganisms break down many of the substances into carbon dioxide and methane. The treated waste is then used as crop fertilizer.

In North Carolina, there are more than 3,300 of these lagoons associated with hog farms. These pits are not sealed from above, so rain can accumulate and overtop the pits, allowing untreated animal waste into the water. They’re designed to absorb 19 inches of rain, but the torrential downpour wrought by Florence has exceeded that limit in several areas.

The Department of Environmental Quality reported Tuesday that 4 lagoons had structural damage, nine were inundated by floods, and 13 had overtopped. (“Inundated” means flood water levels have risen above the top of the lagoon, and “overtopped” means enough rain accumulated within the lagoon to flow out of the container.)

More damage and health threats may be revealed as the waters recede. “Waters from the record-shattering storm are rising in some places and receding in others, and we expect further impacts to be reported as conditions and access allows,” the North Carolina Pork Council noted in an advisory.

Another waste hazard in North Carolina comes from coal ash. Burning coal to produce energy leaves behind ash, which contains toxic heavy metals and radioactive material, substances that can lead to cancer and neurological damage.

The rainfall from Florence has caused the walls of a coal ash landfill near Lake Sutton near Wilmington, North Carolina, to collapse. There are 32 coal ash disposal sites in North Carolina, all owned by Duke Energy, and many are located on or near it’s two main rivers in the east, the Cape Fear River and the Neuse River. As the high waters move, they could further erode the walls of ash landfills, threatening more spills, though Duke Energy has said the spills were limited and pose no threat to the public.

Some livestock companies have resumed operations, but the high water levels in other parts of the state have made it difficult the assess the extent of the damage to waste sites, let alone limit further contamination.

Environmental activists are arguing that the state should have seen these risks coming and prepared for them better, particularly given the region’s history. Hurricane Floyd in 1999 also led to lagoons contaminating North Carolina’s waterways, killing fish and leading to algae blooms.

NC Republicans have slashed the budgets of watchdog agencies and rolled back regulations on polluters. Now, coal ash ponds, hog waste lagoons, and toxic superfund sites are all in danger of polluting our water. #ncpol #flo #cleanwaterhttps://t.co/MByipfCJWX

If last year’s hurricanes are any indication, it will likely be months before we understand the true extent of the damage and the harms that resulted from Florence. Only in August did we learn that the official death toll from Hurricane Maria was almost 3,000 people. And in March, the Associated Press and the Houston Chronicle revealed that toxic chemical exposures after Hurricane Harvey hit Houston were much more widespread than official reports showed.

But one big takeaway from all these events is that our waste management schemes are alarmingly vulnerable to extreme weather and climate change. Landfills, lagoons, and contaminated sites rarely get the same attention as protecting power plants or repairing roads in public policy discussions, but managing this detritus is crucial to our quality of life. And our waste infrastructure’s weaknesses show how the things we try to get rid of can come back to haunt us.