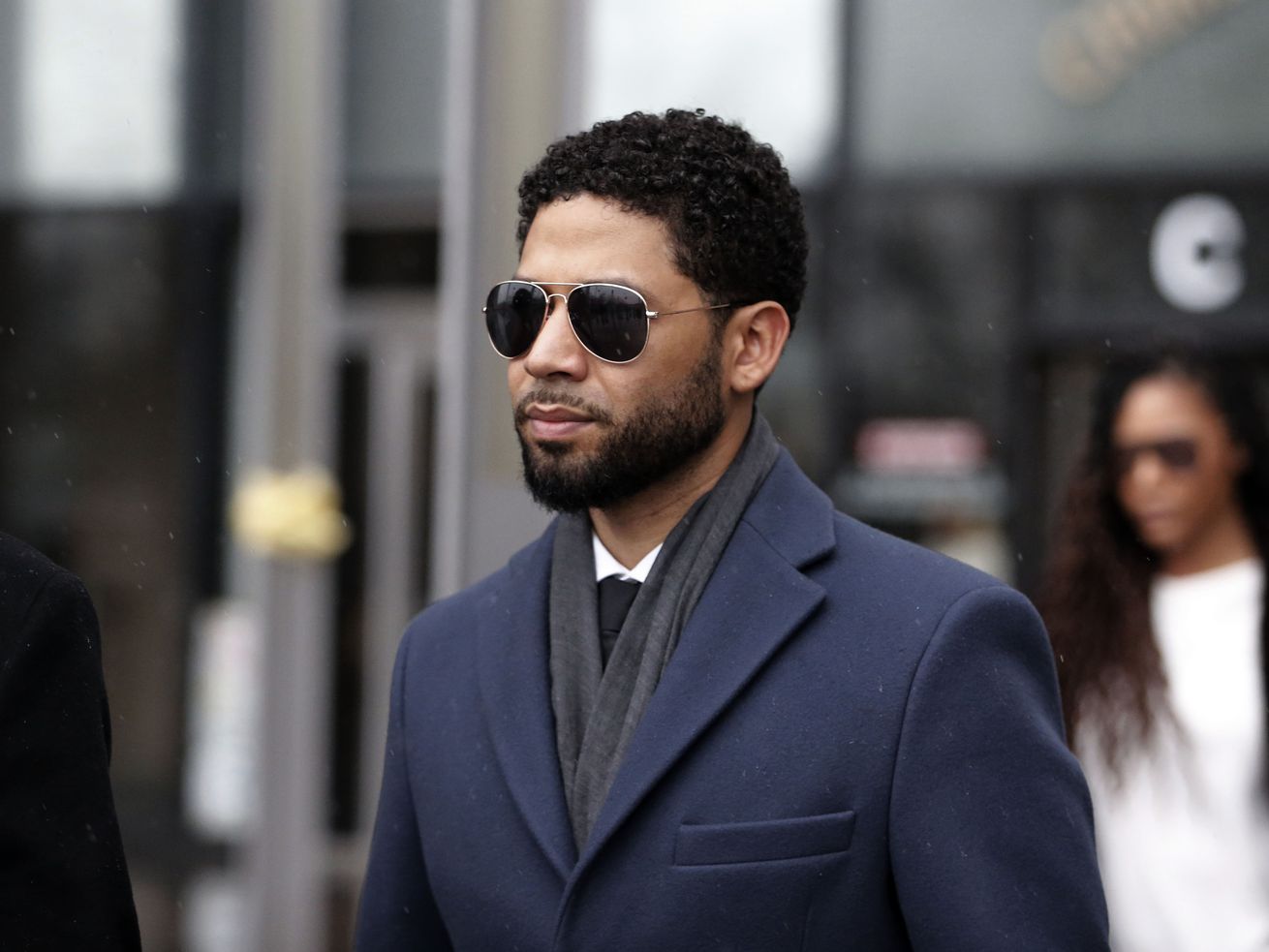 Jussie Smollett’s Empire employers have released a short but firm statement of support for the actor, after Illinois state prosecutors announced Tuesday that they would drop all charges against him concerning his allegations that he had been the victim of a hate crime in January. Smollett had said that he was attacked by two men yelling racial and homophobic epithets; he was subsequently charged with 16 felony counts after a Chicago police investigation suggested Smollett had falsified reports about the attack.

Despite a range of contested allegations, many unknown details about the alleged attack, and mounting public frustration with how the state prosecution and city police respectively handled the case, 20th Century Fox Television said it stands by the Empire star.

“Jussie Smollett has always maintained his innocence,” read the statement, issued by 20th Century Fox Television and Fox Entertainment, “and we are gratified on his behalf that all charges against him have been dismissed.”

Smollett has played the role of Jamal Lyon on the show since the series’ debut in 2015 and has a loyal fan following. But in the wake of the allegations against him, Empire’s producers, including series co-creators Danny Strong and Lee Daniels, had previously made the decision to cut Smollett’s scenes from the remaining episodes of season five. The producers spoke of a wish to avoid distracting the cast and crew in the final days of season production. The aftermath saw the show battling its lowest ratings ever. (Four episodes of season five still remain to be aired, with episode 12 airing Wednesday, March 27.)

Following the news of Smollett’s dropped charges, the Empire writers’ room also seemed to indicate its support of Smollett, with a tweet that seemed to imply that all is well with Empire going forward:

While official statements from the show haven’t been forthcoming, the official Empire writers’ Twitter account has been retweeting positive messages of support for Smollett. (Empire’s production studio Imagine TV did not immediately respond to a request for comment.) Speaking last week about the case on his personal Instagram account, Empire creator Lee Daniels described the “roller coaster” emotional journey the cast and crew had been on, noting that “the show was made to bring people together” rather than divide them.

Smollett always stood by his initial story that he was the victim of a hate crime in January. But not long thereafter, when the Chicago Police Department began to investigate the incident, rumors fueled by conservative press and social media suggested that the attack had been staged by Smollett himself. In a press conference held February 21 to announce that the department was bringing charges against Smollett, Chicago Police Superintendent Eddie Johnson roundly condemned the actor, accusing him of exacerbating racial tensions to perpetrate the hoax — which Johnson stated was due to Smollett’s wish for a higher salary.

Following Tuesday’s announcement that those charges have now been dropped, members of the public across the political spectrum directed their frustration at the Chicago Police Department, which some saw as having muddled the investigation. “Chicago PD” trended across Twitter as people also lamented being unable to trust either side of the case and get the truth of what happened. Several prominent figures joined the discussion, including Senator Kamala Harris (D-CA), Selma director Ava DuVernay, CNN’s Brian Stelter, and Parkland survivor Kyle Kashuv, as well as a litany of prominent conservatives, ranging from Dinesh D’Souza to Donald Trump, Jr., who blasted Smollett and state prosecutors.

Like most of you, I’ve seen the reports about Jussie Smollett, and I’m sad, frustrated, and disappointed. pic.twitter.com/91OHOymShi

The question is who to believe, a highly skilled actor well versed in make believe or Chicago PD, equally skilled in fabricating stories and advancing a narrative. An impossible answer, which eludes & lose/lose proposition for both parties whose public records rate less than 1.00

I just want to know what actually happened. https://t.co/jrqpKXSMkJ

But Superintendent Johnson, along with Chicago Mayor Rahm Emanuel, were apparently furious that the reputation of the Chicago Police Department had been been called into question by the prosecutor’s decision to drop the charges against Smollett. In a joint press conference, each went on the offensive against Smollett, stating that they believed the police’s investigation against him had been conducted fairly.

“At the end of the day, it’s Mr. Smollett who committed this hoax, period,” Johnson said, while Emanuel called the dropped charges “a whitewash of justice.” Emanuel and Johnson further alleged that the prosecutor had executed a deal “brokered … in secrecy” with Smollett.

For his part, Smollett has denied that the charges were dropped as a result of such a deal, and since the case has now been sealed by judge order, it’s unlikely we’ll ever know most of the details. Smollett stated following the brief court hearing during which the charges were dropped that he wanted to “thank the state of Illinois for attempting to do what is right.” He also thanked “my family, my friends, the incredible people of Chicago, and all over the country and the world who have prayed for me, who have supported me, who have shown me so much love.”

Meanwhile, the public is left with a mystery that has inflamed racial and political tensions across Chicago and across the country — and a TV show whose producers seem eager to put all of this behind it and move forward.