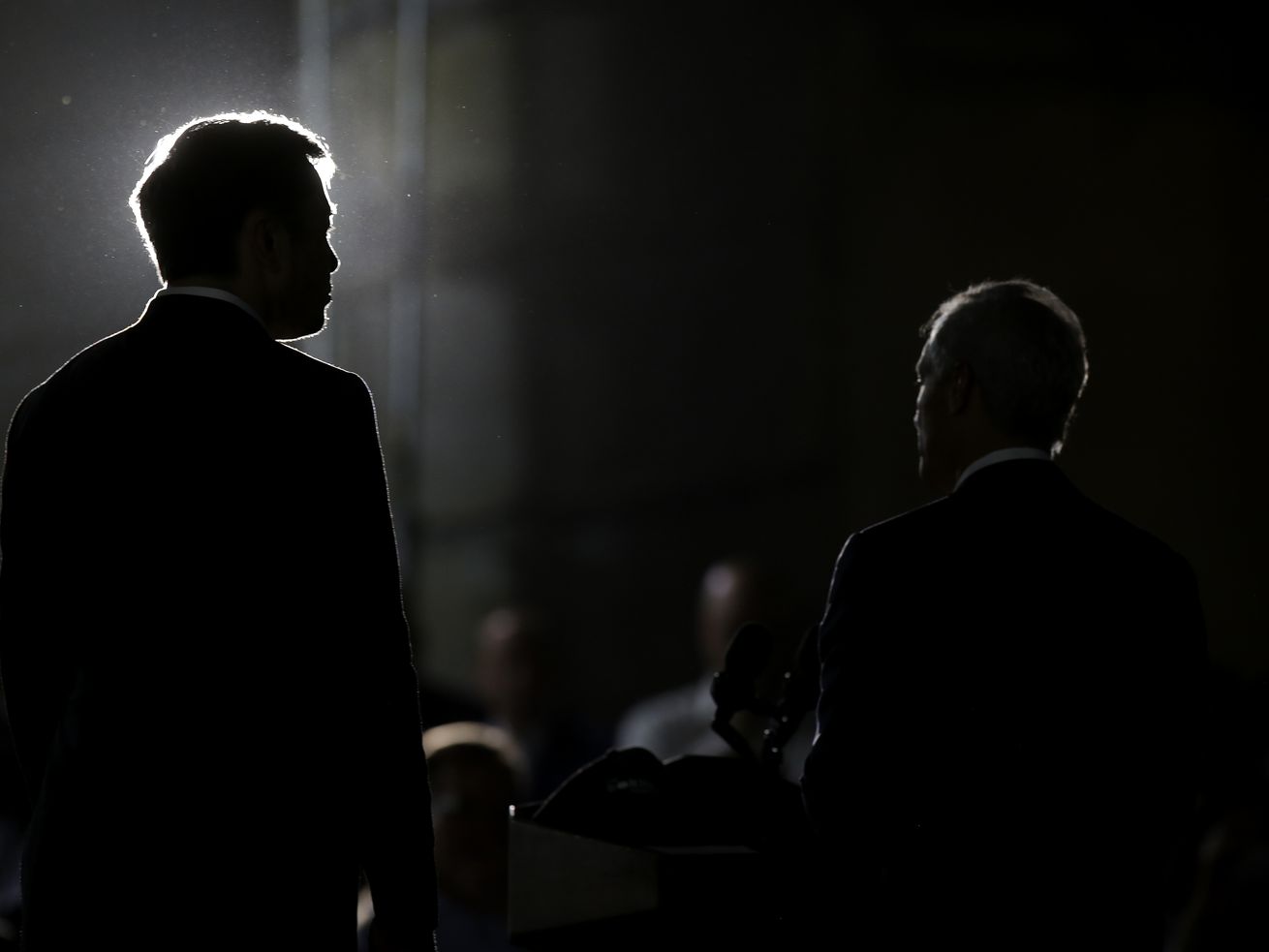 The Tesla CEO doubled down on pedophilia accusations in an email to BuzzFeed and smoked pot on Joe Rogan’s podcast.

Just as the dust had settled in Elon Musk’s will-he-or-won’t-he take Tesla private drama, the electric car company ran into a new set of troubles this week. Much of the turmoil was driven by the chief executive himself.

Here’s what happened: On Tuesday, BuzzFeed News published emails from Musk doubling down on his insistence that one of the Thai cave rescuers was indeed a pedophile who had moved to Thailand to take a child bride. (The rescuer has denied all of this, and Musk previously apologized for the accusation back in June.)

Then on Thursday, Musk appeared on comedian Joe Rogan’s podcast for a two-hour conversation in which he smoked what Rogan said was marijuana and drank whiskey. On Friday, two of Tesla’s top executives resigned. The US Air Force, which has multiple contracts with Musk’s SpaceX, reportedly began looking into Musk’s marijuana use, because it’s prohibited for someone with a government security clearance. The Air Force denied there’s an investigation and said it needs to determine “the facts and the appropriate process to handle the situation.”

Tesla’s share price on Friday fell to almost its lowest point for the year.

But shareholders have stayed engaged — despite Tesla’s production delays, cash troubles, and other setbacks — thanks in large part to the cult of Elon Musk. A lot of people believe in the South African-born entrepreneur’s genius and admire his off-the-cuff nature, and so they’re willing to give him leeway where they wouldn’t other executives.

Tesla’s board seems aware of it, so they’ve kept him on — even as his behavior gets increasingly erratic. At some point, the question becomes, how much are investors and the board willing to tolerate? Mary Barra would almost certainly be out of a job or at least reprimanded at General Motors, at what point is it too much from Musk?

Musk’s rough week began when BuzzFeed News published emails Musk sent to one of its reporters, Ryan Mac, about accusations he made in July that one of the Thai cave rescuers, 63-year-old British cave diver Vern Unsworth, was a pedophile. Musk had previously apologized for the accusations, but he still appears to believe them.

On August 30, Musk sent an email to Mac telling him to “call the people you know in Thailand, find out what’s going on and stop defending child rapists” and making a number of claims about Unsworth’s past. The email began with “off the record,” but Mac hadn’t agreed to the terms, meaning journalistically, Musk’s assertion didn’t really matter.

Marina Koren at the Atlantic explained:

In every case, the reporter and the source must come to an agreement about how the information will be used. In other words, Musk prefacing his comments with “off the record” doesn’t trigger a binding contract. As Mac said in one of his emails to Musk, “I didn’t agree for the conversation to be off the record, but appreciate the response.”

Musk followed up with another email “on background” with the Unsworth accusations, which BuzzFeed also published.

BuzzFeed informed Musk in subsequent emails that they hadn’t agreed to an off-record conversation, and the outlet ultimately notified him that they would publish a story containing his emails. Musk disagreed in yet another email that he declared “off the record” to which Mac did not consent. Mac documented much of the back-and-forth on Twitter.

This was his response. Clearly he disagreed with my assessment of what defines “off the record” as is taught my most journalism schools.

We ultimately notified his representatives that we would be running a story and we stand by it. pic.twitter.com/jdmLSIoNR9

Musk has a fraught relationship with the media — earlier this year, he launched a nearly Trump-like war on the media over negative coverage of Tesla. The BuzzFeed incident is likely to fuel his anger even more. Moreover, it’s clear he hasn’t dropped the pedophile claims, despite his July apology. Unsworth has denied all of Musk’s accusations.

The week ended with weed smoking and resignations

Musk’s week went from bad to worse on Thursday when he appeared on Rogan’s podcast. While the conversation touched on a number of topics, including artificial intelligence, robots, and social media, it was Musk’s marijuana smoking that garnered the most attention.

During the podcast, which was streamed live, Rogan lit a spliff, and Musk asks what it is. Rogan replied that it’s marijuana inside of tobacco. Rogan said Musk probably couldn’t smoke it, “because of stockholders,” and Musk replied asking whether it was legal. (In California, where they were taping, it is.) After Rogan assured him it was legal, Musk took a drag.

“How does that work? Do people get upset at you if you do certain things?” Rogan asked as Musk smoked. The answer, as it would turn out, is yes. Shares of Tesla plummeted by as much as 9 percent on Friday and closed the day down 6 percent at $263.24. (For comparison, Tesla’s stock’s high point in the past year is $389.61.)

It’s not clear how much Musk’s marijuana smoking contributed to the plunge, because two of Tesla’s top executives — chief accounting officer Dave Morton and HR chief Gaby Toledano — also said they were exiting the company on Friday. Morton, who had been at Tesla for just a month, said the “level of public attention” and pace at the company “exceeded [his] expectations.” Toledano had been on leave for a few months already.

Smoking marijuana isn’t exactly the end of the world — while it’s federally illegal, it’s legal in many states, including California, and an estimated 55 million US adults use marijuana. And this isn’t the first indication Musk might be into weed. When in August he tweeted he was going to take Tesla private, he said he would do it at $420 a share, a number often associated with marijuana. Rapper Azealia Banks last month also posted messages between her and Musk’s girlfriend, Canadian musician Grimes, seeming to confirm Musk smokes weed.

But some of Tesla’s board members are reportedly worried about Musk’s recreational drug use. And as mentioned, it could also affect Space X if the Air Force decides it could be problematic, because people with government security clearances are prohibited from using drugs.

More broadly, Musk smoking marijuana, while it’s being streamed live online, contributes to the narrative that he is an erratic figure perhaps not up to the task of running a $44 billion company.

Musk doesn’t seem too worried. He tweeted out the podcast on Friday.

Tesla has its fair share of problems, and Elon Musk is one of them

Musk on Friday sent an email to Tesla employees about a “company update,” outlining some shuffling around of its management team and saying the car maker is about to have “the most amazing quarter in our history.” He didn’t address recent turmoil directly, though he said that “there will be a lot of fuss and noise in the media” for a while and to “just ignore them.”

But the noise is almost impossible to ignore.

Musk’s erratic behavior has been a point of concern for investors, board members, and onlookers for a while now. Last month, Musk roiled Wall Street with a tweet announcing he was considering taking Tesla private and gave a wide-ranging interview to the New York Times in which he discussed his over-work and Ambien habits and, according to the publication, “alternated between laughter and tears” as he spoke. The Securities and Exchange Commission launched a probe regarding Musk’s tweets, on top of another reported investigation it’s already undertaken on Tesla.

About two weeks ago, Tesla said it would stay public after all, and it seemed that the company and Musk might start to put some of the turmoil behind them. The calm didn’t last long, as this week’s events evidence.

Tesla has business issues to deal with as well. Tesla has experienced highly publicized production delays for its Model 3 car, for which it has taken thousands of $1,000 deposits from customers since unveiling the vehicle two years ago. The company is still burning a lot of cash, and Bloomberg in April reported that there is a “genuine risk” that the electric car company could run out of money this year. Tesla has $2.2 billion as of June 30 and thinks that will grow this year, but concerns about its potential money problems persist.

For the time being, Tesla’s board seems to believe that Musk is more of an asset than he is a liability to the company, despite his behavior. It’s not clear what, if anything, will change that, or if Musk will shape up first.