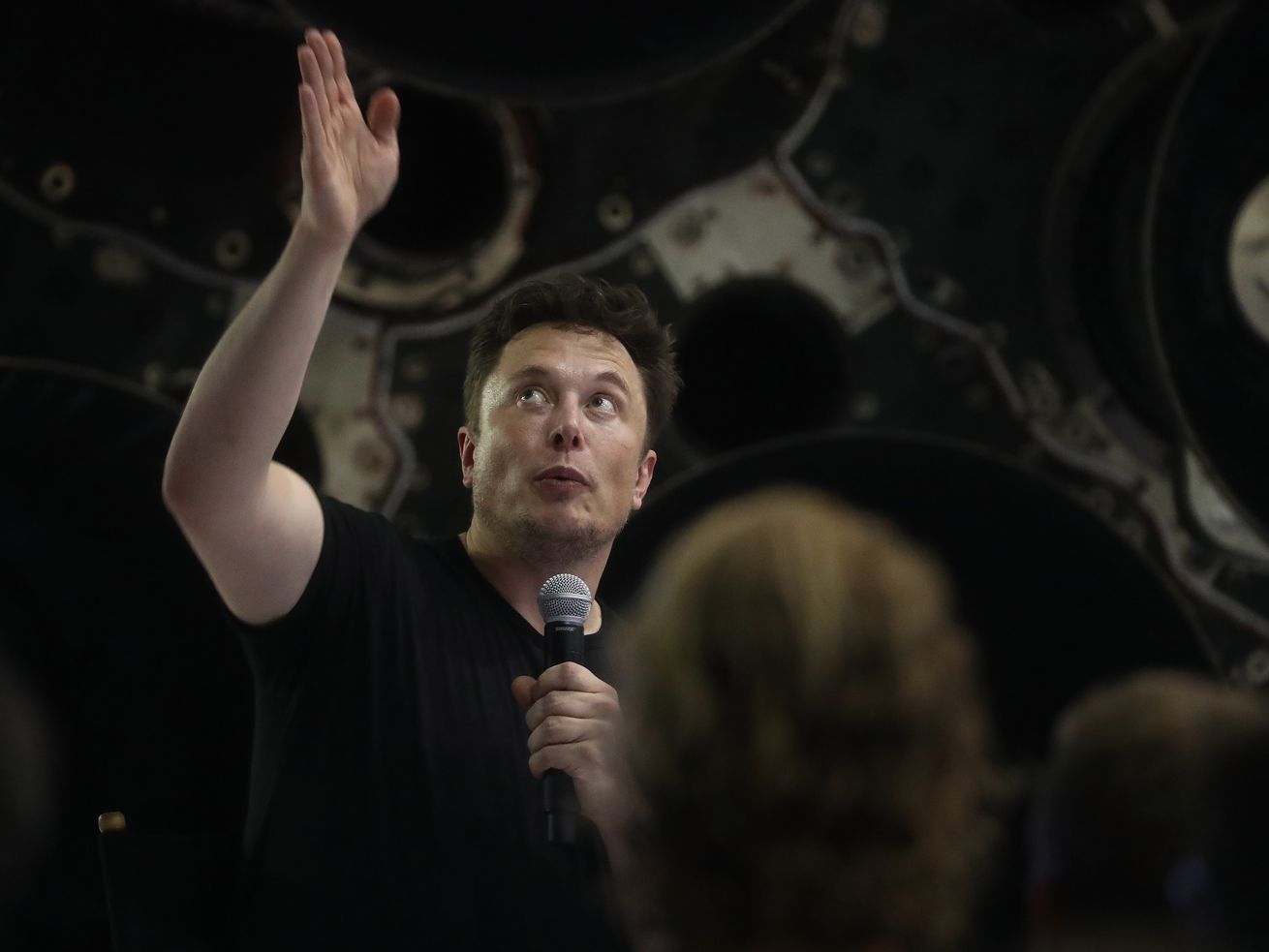 Who is Yusaku Maezawa, and why is SpaceX sending him to the moon?

Maezawa is (tentatively) scheduled to fly in 2023 on SpaceX’s yet-to-be-completed Big Falcon Rocket (BFR), which is still in development and was most recently estimated by Musk to cost around $5 billion to complete.

Taking the microphone for about 15 minutes at the press conference, Maezawa explained that he wants to “travel to the moon with artists!” and will therefore be inviting a to-be-determined film director, painter, dancer, novelist, musician, fashion designer, sculptor, photographer, and architect with him on the trip, which will take about one week. The plan is for the art that his all-artist crew creates en route to the moon to be part of a massive exhibition and celebration upon their return; he’s calling the project #dearMoon.

It all sounds magical, and also pretty far-fetched. Who is Yusaku Maezawa? Why is Elon Musk sending him to the moon? How will he get there? Will it actually happen? Here’s what we know and don’t know.

Who is Yusaku Maezawa?

Yusaku Maezawa is the 18th-richest person in Japan and the head of the e-commerce company Start Today, which is worth $12 billion. His personal net worth is estimated at $2.7 billion, according to Forbes.

In his presentation at the SpaceX offices, he showed a photograph of himself skateboarding in Santa Monica on a six-month visit to the United States in 1998 and said that was the moment he fell in love with American music, art, and culture.

He went back to Japan after the trip and joined a band as a drummer, then launched Start Today, a mail-order company for vinyl, CDs, and concert memorabilia. Start Today launched Zozotown, an online fashion retail subdivision of the company, in 2004, and it’s now enormous in its own right (CDs and vinyl being small potatoes today).

Zozotown sells products from 6,300 companies and announced plans earlier this summer to overhaul the concept of fast fashion entirely by introducing custom-fit, cheap, made-to-order clothing by sending customers special spandex suits that help them take body measurements with their smartphone cameras. This has reportedly taken seven years and “double-digit millions” to create, but Maezawa told investors it will make his business grow 400 percent and hit a $46 billion valuation in the next 10 years.

I am happy to be teaming up with Elon Musk and #SpaceX to be the first private passenger to travel around the moon aboard the BFR launch vehicle. イーロン、のり良い！お願いしたら肩車してくれた！笑

Maezawa also loves art! He spent $110.5 million on a Jean-Michel Basquiat skull painting last year, which he then lent to the Brooklyn Museum for several months.

On the website for his #dearMoon project, he writes:

If Pablo Picasso had been able to see the moon up-close,

what kind of paintings would he have drawn?

If John Lennon could have seen the curvature of the Earth,

what kind of songs would he have written?

If they had gone to space, how would the world have looked today?

People are creative and have a great imagination.

I hope that this project will inspire the dreamer within each of us.

In the press conference, he wouldn’t say which living artists he planned to invite on the trip, but he did say, “If you hear from me, please say yes and accept my invitation. Please don’t say no!”

Why is Elon Musk sending him to the moon?

Well, money. Musk wouldn’t say how much Maezawa offered, but it was apparently enough to cover the costs of the trip for him and all the artists he intends to bring with him. As reported by The Verge, he also indicated that it was a large enough amount of money to “have a material effect on paying for cost and development of BFR. … It makes a difference. He put his money where his mouth is. He’s legit.”

Again, the estimated $5 billion rocket that will supposedly take Maezawa to the moon has not been built, and Musk just revealed updated plans and renderings of it on Monday.

How will he get there?

On the Big Falcon Rocket! Which, again, is still in the development and testing phase. It will be about the height of a 35-story building and have two pieces — a booster rocket and the spaceship it will push into orbit. This spaceship will supposedly have room for about 100 passengers, and the rocket will be so powerful that the spaceship can be filled with 150 tons’ worth of people and supplies. The Big Falcon Rocket will, according to Musk, go to Mars in 2022, before it takes Maezawa to the moon.

Musk hopes private moon tourism will be the future of space travel, but there are plenty of open questions about how this will happen. Astronauts go through rigorous training before they go to space — mostly because the human body is quite simply not made to function in microgravity. Musk acknowledged this at the press conference, and said he and Maezawa still need to “discuss” what kind of preparations he and any other passengers would need to undergo before the big trip.

Veteran NASA astronaut Scott Kelly hopped on Twitter after the announcement and volunteered to join the trip, which could be helpful since Kelly has spent a total of 520 days in space. If he did tag along, it would also be as a private citizen. He retired from NASA in the spring of 2016 after a celebrated career and plenty of radiation exposure.

Musk says he might go on this trip too, but he hasn’t decided yet.

Yusaku Maezawa (@yousuck2020), this will be a great adventure! Good luck on your trip and if you need someone with a little experience to go with you, my schedule is wide open in 2023. https://t.co/esOU51ojch

Is any of this real?

Well, SpaceX, for all of its buzz and all of its thrilling reusable rocket landings and government contracts, has not actually sent anyone into space yet — professional astronaut or otherwise. They’re working on a capsule that will take NASA crew and supplies to the International Space Station, but that won’t get its first passenger-less test until December.

And Musk has made moon tourist plans previously that didn’t pan out. He announced in February 2017 that two private citizens (both secret at the time, but we now know one was Maezawa) had given him “significant deposit[s]” to fly around the moon on a Crew Dragon spacecraft at the end of this year. The spacecraft was meant to launch with SpaceX’s Falcon Heavy rocket, which was originally supposed to get its first test in the summer of 2017 — it ended up launching for the first time this February, and Maezawa was present on the ground. He didn’t get up into space with it.

It was at this launch that Musk said he wouldn’t send anyone up on the Falcon Heavy, and would wait instead until the BFR was finished.

In addition to moon tourism, SpaceX intends to use the BFR to send people to Mars, where they will almost definitely die. The timeline for that goal has changed many times, but Musk’s most recent estimate is that he could start sending people to the Red Planet as early as 2024.