THIS is the moment a “druglord” dubbed the “East Midlands Escobar” was arrested over his alleged role in a £354million Colombian cocaine ring.

Andrew Deamer, 52, was held following the dramatic raid by anti-narcotics agents and army and navy troops at his secret hideaway.

The Brit was arrested alongside wife Marcela Zapata, 37, close to Medellin where drug kingpin Pablo Escobar flooded the US with cocaine.

Extraordinary video shows the moment the formidable force arrived at his home.

Deamer’s own CCTV shows him and Marcela bolting through the house after they become aware a bust is under way.

Dash cam footage then shows Deamer coming down from what appears to be loft space after being beckoned by armed cops. 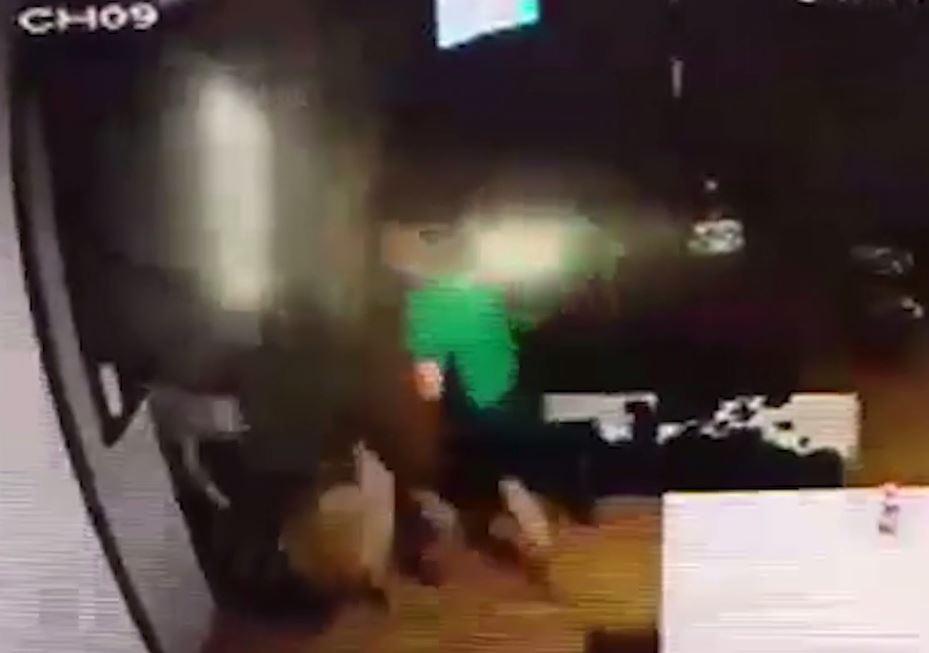 Deamer – originally from Barrow upon Soar in the East Midlands – is accused of being behind a huge drugs racket potentially worth £1.2billion, the Sunday Mirror reports.

He is understood to have owned a string of Breaking Bad-style labs where cocaine was disguised as dog and cat food and fertiliser.

It was cooked with essences and dyes before being delivered across Europe, the UK and the US once it was extracted.

Deamer is currently locked up in Bogota’s notorious La Picota jail where he has  signed a “preliminary agreement” to help in return for a lighter sentence of 14 years and eight months.

Cops were alerted to the Brit by his five barking golden retrievers, and saw him climbing into his bolthole attic on CCTV.

The home was one of many raided across five cities – with 18 people arrested – including El Doc, Mosquito, The Skinny One and The Fat One.

Deamer is accused of using his farmhouse as a base for a network of financial backers and chemists and is suspected of running pop-up cocaine labs around Medellin.

He also had a company in the port town Fortaleza in Brazil, which is used by drug gangs to ship cocaine to Europe.

Colombia’s Office of the Attorney General, known as The Fiscalia, told the newspaper 2.5 tonnes of the drug was seized in raids dating back three years.

They explained Deamer is accused of trafficking six tonnes of cocaine from Barranquilla for another syndicate – linking cocaine with a street value of £354million directly to him.

But former US agent Mike Vigil believes he could have shipped more than 30 tonnes – holding a street value of £1.2billion.

MOST READ IN NEWS

SHE’S AT IT AGAIN

HAVE YOU SEEN HER?


Cops launch hunt for girl who vanished ‘playing with her scooter’


Girl, 11, was raped ‘when MS-13 gangster broke into her bedroom as she slept’

The Foreign Office said: “We are providing consular assistance to a British man detained in Colombia.”

Deamer hails from Barrow upon Soar, which has a population of 5,000, but moved to Florida where he drove a Rolls-Royce, owned two planes and claimed to work in aviation.

The Brit – the son of a druglord banged up for 18 years – later moved to South America.