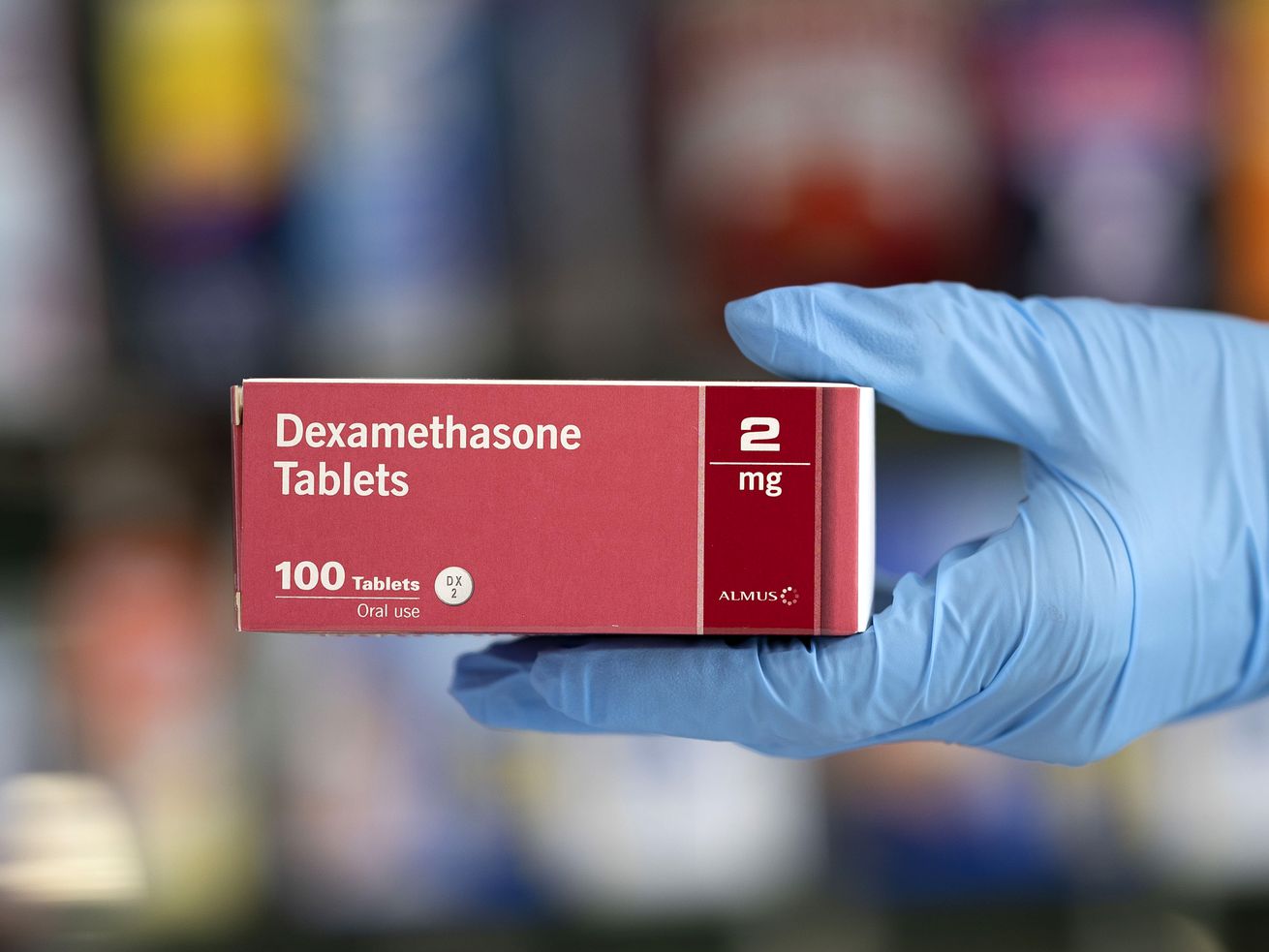 A recent study found that dexamethasone could save the lives of severely ill Covid-19 patients. | Matthew Horwood/Getty Images

Scientists still want to see the data behind the clinical trial.

Scientists at Oxford University in the United Kingdom this week reported that a trial of the drug dexamethasone shows it may be the first treatment demonstrated to save the lives of Covid-19 patients.

Dexamethasone is a corticosteroid typically used to treat inflammation. It’s cheap, as little as $1 per dose. It’s also been around since the 1950s, is cleared for human use, and is available as a generic. That makes it an ideal option to treat severe cases of Covid-19, especially compared to more expensive, unproven drugs still in testing.

“It’s a surprising result in a medication we have a lot of experience with,” said Jeremy Faust, an attending physician in the Brigham and Women’s Hospital and an instructor at Harvard Medical School, who was not involved in the study. “It took me by surprise.”

Covid-19 has proven to be a fierce and deadly foe, with more than 8 million cases and 445,000 deaths reported around the world as of June 17. But without a proven treatment or vaccine, health officials have been forced to resort to blunt, expensive tactics like shutting down businesses and stay-at-home orders. Doctors have experimented with a variety of unproven drugs to treat the severely ill. So a drug with some proof behind its efficacy is good progress.

Another drug, remdesivir, received emergency authorization from the Food and Drug Administration to treat Covid-19 based on early evidence that it could reduce the length of hospital stays among patients who recovered from the illness. But dexamethasone is the first drug to reduce the number of fatalities from the virus.

“This is an extremely welcome result,” said Peter Horby, one of the lead investigators of the trial and a professor of emerging infectious disease at Oxford, in a statement. “The survival benefit is clear and large in those patients who are sick enough to require oxygen treatment, so dexamethasone should now become standard of care in these patients.”

The UK’s National Health Service has already granted approval to the drug. “From today the standard treatment for COVID-19 will include dexamethasone, helping save thousands of lives while we deal with this terrible virus,” UK Health Secretary Matt Hancock said in a statement.

It’s also remarkable how quickly researchers obtained these results, going from planning the trial, recruiting, and testing to getting results in just a few months.

From hypothesis to evididence in 3 months!

But there are some important caveats about this preliminary finding and how the results were presented.

The dexamethasone study was part of a large randomized controlled trial known as RECOVERY. During the trial, 2,104 randomly selected Covid-19 patients received the drug and were compared to 4,321 random patients who received conventional therapies.

The likely mechanism is that dexamethasone modulates the immune system. For people with severe complications from Covid-19, the problem often is not from the virus itself, but collateral damage from the immune response. White blood cells can go into a frenzy and start attacking healthy cells, causing more damage. Covid-19 is also known to trigger a dangerous immune condition known as a cytokine storm that can lead to severe inflammation throughout the body.

Since Covid-19 is a respiratory infection, these effects are often most severe in airways. That can then lead to breathing difficulties that require the use of oxygen or ventilators.

At this late stage of the infection, tamping down the immune system can stop people from getting sicker and help them recover. But at earlier stages in the infection or in less severe cases, dexamethasone didn’t seem to have much of an effect. Researchers found it had no impact on patients who were not using breathing support.

Because it constrains the immune system, it could also backfire if prescribed in an early stage of a Covid-19 infection, leaving a patient vulnerable to the virus or other pathogens. It’s only in severely ill patients that these tradeoffs may be worthwhile.

There are side effects too. Dexamethasone may cause dizziness, an irregular heartbeat, and psychiatric problems like anxiety and suicidal ideation.

Doctors and other public health experts have also criticized the way in which researchers shared their results with the public.

It will be great news if dexamethasone, a cheap steroid, really does cut deaths by 1/3 in ventilated patients with COVID19, but after all the retractions and walk backs, it is unacceptable to tout study results by press release without releasing the paper. https://t.co/ZP5GVMUCW3

Instead of releasing them alongside a peer-reviewed paper or even a draft, they summarized the results in a press release. The scientists behind the trial said that they wanted to get information about their results out as soon as possible, but without publishing their data, it’s impossible for other scientists to carefully review them. Observers are puzzled why the research team didn’t include more robust information.

For instance, clinicians like Faust want to know about the demographics of the trial group, what medications those patients were using, and how the researchers set thresholds for severe illness. Doctors need this information to understand how dexamethasone will play out in their own patients.

“As an observer, it’s frustrating because if they have this piece of information available [about lowered fatality rates from dexamethasone], there also a lot of other information they could also share,” Faust said. “Right now, it’s impossible to know if I had a patient in front of me, whether the patient in front of me matches the typical patient described by this trial.”

The purpose of a scientific paper is to report data in an open way so the rest of the scientific community can reproduce the work and assess the robustness of the findings and methods. The purpose of a press release is to basically brag about your awesome study.

While Covid-19 is rapidly spreading and the world is desperate for answers, hasty reporting of results can be misleading or dangerous. Some preliminary Covid-19 research has been criticized for promoting results that were based on flawed methods, like a pair of serological surveys in California that found the virus was far more prevalent than anyone had reported before. Even prestigious journals like the Lancet and the New England Journal of Medicine have had to retract papers relating to treatments for Covid-19.

Some public officials, including the president of the United States, promoted the anti-malaria drug hydroxychloroquine as a treatment for Covid-19 based on flimsy preliminary studies. Later research showed the drug at best did very little and at worst could actually kill more patients. The Food and Drug Administration revoked its emergency use authorization for hydroxychloroquine this week.

That’s why it’s so important to see the actual numbers and methodology behind the dexamethasone study. “It’s either a huge deal or a huge disappointment,” Faust said.

The research team behind the RECOVERY trial has promised to make the data behind their findings available to researchers and government regulators as soon as possible.