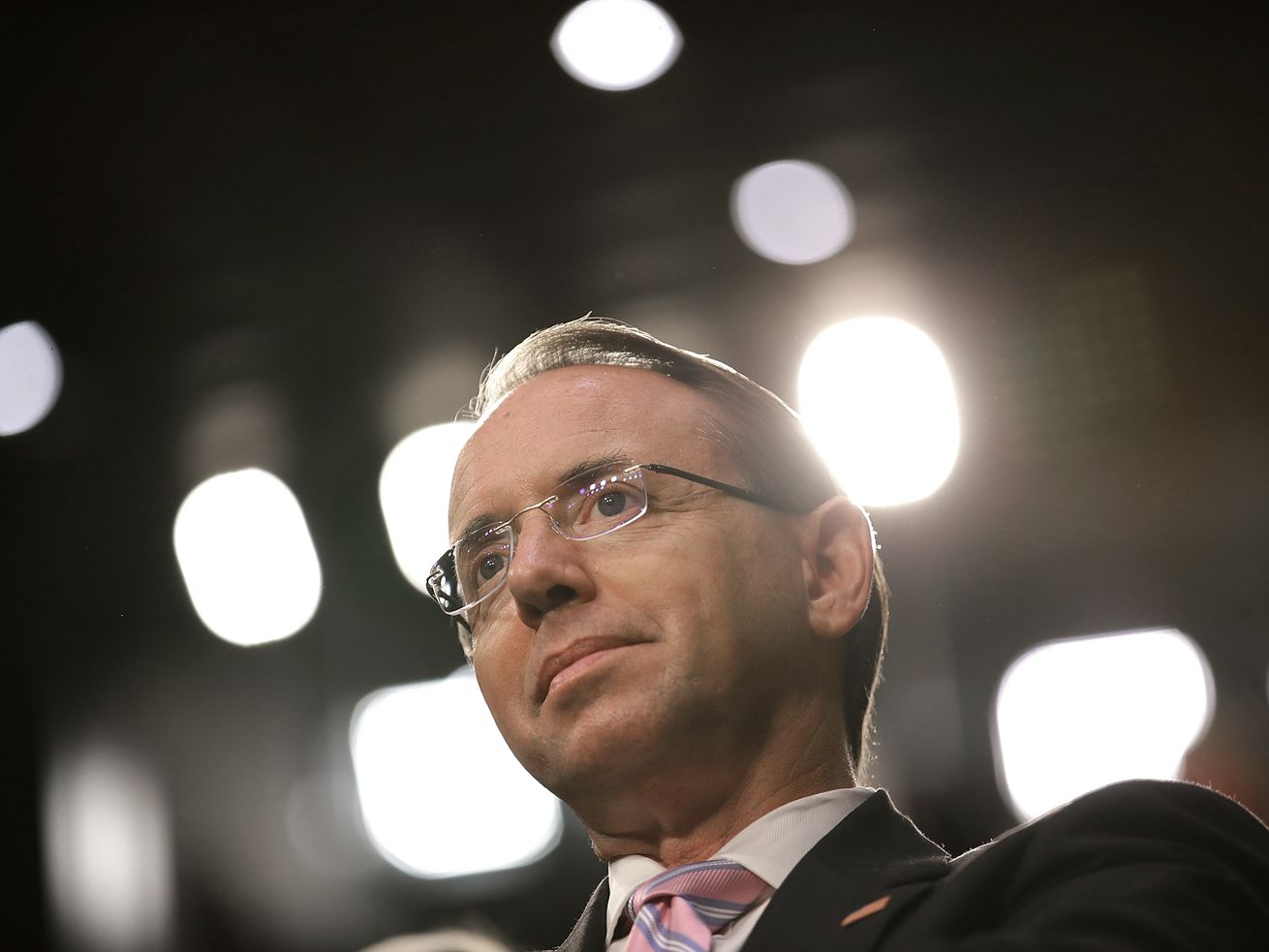 On Monday morning, multiple outlets reported that Deputy Attorney General Rod Rosenstein had resigned or was considering resigning. However, Rosenstein is now set to meet with Trump at the White House on Thursday, where the fate of his job will likely be determined. The current uncertainty throws the future of special counsel Robert Mueller’s Russia investigation into question.

Remember: It was Rosenstein who appointed Mueller as special counsel back in May 2017, and it’s Rosenstein who continues to oversee the probe. President Trump has privately mused about firing Rosenstein (or Sessions, or Mueller) for a while so he could put someone he views as more loyal in charge.

Rosenstein’s departure is huge for the Trump-Russia investigation because Mueller had to run major investigative decisions past him. The spotlight now turns to the man who will likely take over that role, Solicitor General Noel Francisco, the next Senate-confirmed Justice Department official in line.

He’ll have two options if he becomes Mueller’s new boss: He could keep the status quo and allow Mueller to continue the probe, or he could choose to curtail Mueller’s mandate or even shut the whole thing down.