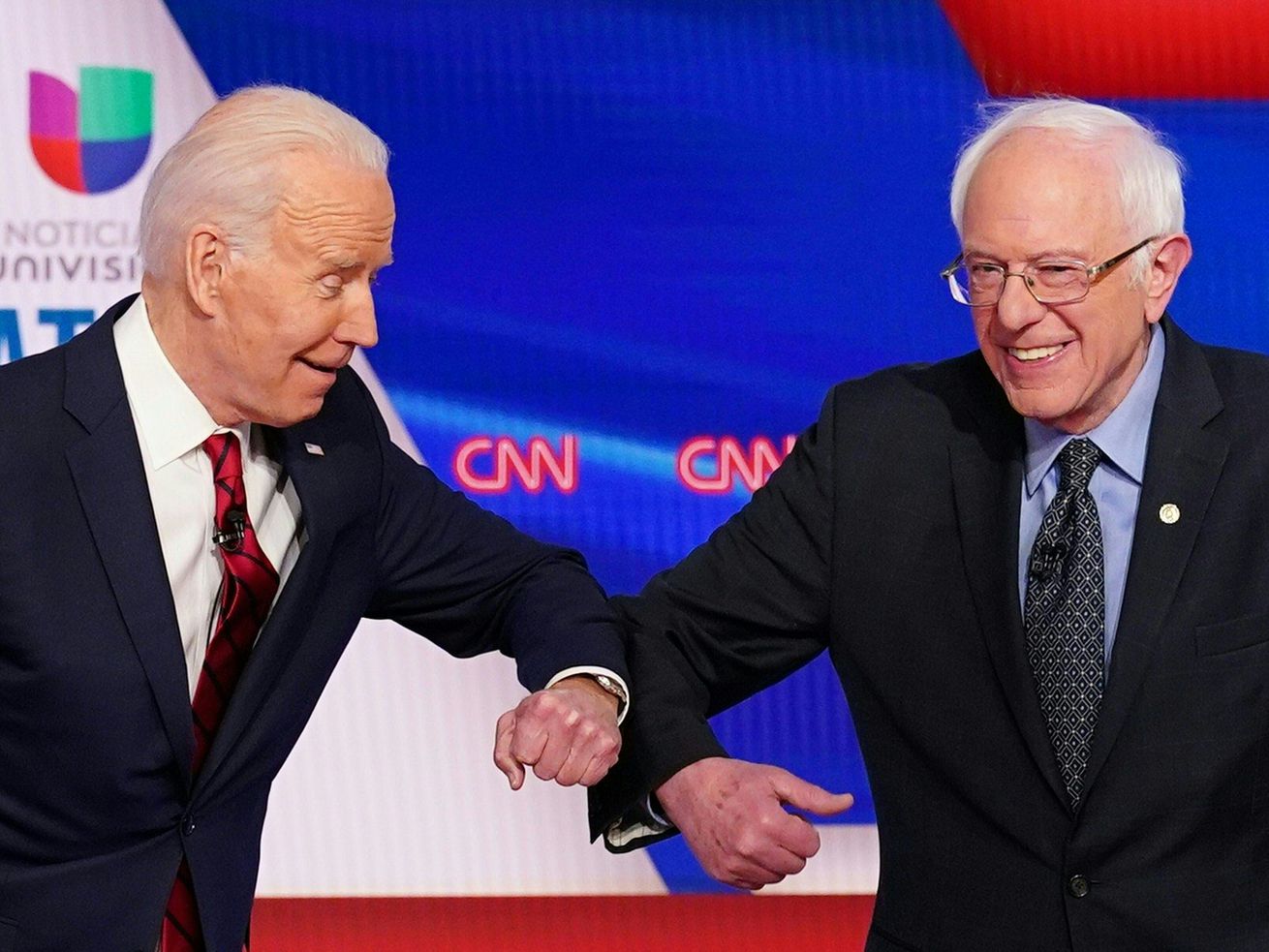 Here are the highlights of the task force’s proposal.

As many as 27 million Americans may have lost their employer-sponsored health insurance along with their jobs during the coronavirus pandemic, according to estimates from the Kaiser Family Foundation.

Many of them may be able to maintain health coverage through COBRA or the Obamacare marketplaces or Medicaid. But some number, likely several million people, could end up becoming uninsured in the middle of the public health emergency.

Democrats have come up with a plan to prevent that from ever happening again. The Biden-Sanders unity task force has proposed automatically expanding health coverage during the coronavirus pandemic and all future public health crises.

The task force’s recommendations, which have not yet been officially adopted by the Biden campaign, would set up automatic support programs. These provisions would be triggered by increases and decreases in the unemployment rate. They include an aggressive expansion of Obamacare premium subsidies and a more generous public option plan than previously proposed by the Biden campaign.

“Their recommendations reflected the fact that financial barriers to getting care are a particular problem during a public health emergency, when the interrelatedness between everyone’s health is especially important,” Katherine Hempstead, senior policy adviser at the Robert Wood Johnson Foundation, says. “The suggestions seem designed to immediately fill some giant holes in our safety net which currently leaves lots of people without an affordable offer.”

Here are the highlights of the task force’s proposal:

There are a few other highlights, provisions meant to help states maintain their Medicaid programs during a budget crisis and additional federal funding to cover 100 percent of the cost of COBRA coverage for people who are laid off.

The very concept of automatic stabilizers would be a big step. It’s an idea that has started to edge into the mainstream Democratic policy debate — Sens. Jack Reed and Michael Bennet, along with Rep. Don Breyer, have proposed instituting triggers for expanded unemployment insurance and other federal assistance programs — but getting a place in a presidential platform would be the most significant step yet toward making the policy a reality. (The Biden campaign said in an email that it looks forward to reviewing the task force’s recommendations.)

“Policymakers have spent a lot of time trying to figure out how to respond to the crisis and reach political consensus, and many have suffered in the process,” Larry Levitt, executive vice president for health policy at the Kaiser Family Foundation, says. “We still don’t know how many waves of coronavirus are ahead of us, and this will probably not be our last pandemic.”

However, even if automatic stabilizers receive Biden’s imprimatur, they would still likely be politically contentious if a Biden White House and a Democratic Congress tried to pass them into law. House Speaker Nancy Pelosi said earlier this year that she would support the concept, and some House Democrats were pushing for them to be included in the most recent stimulus bill that was in effect a wish list for the House majority. But automatic stabilizers still didn’t make the cut.

And given the tenor of the Democratic primary debate over health care, there is no guarantee a Democratic Congress could pass a bill that creates a maximally generous public option that would automatically enroll potentially millions of people.

“There would be an enormous political fight over an idea like this, even if Democrats sweep the election,” Levitt, a former federal health official under President Bill Clinton, said.