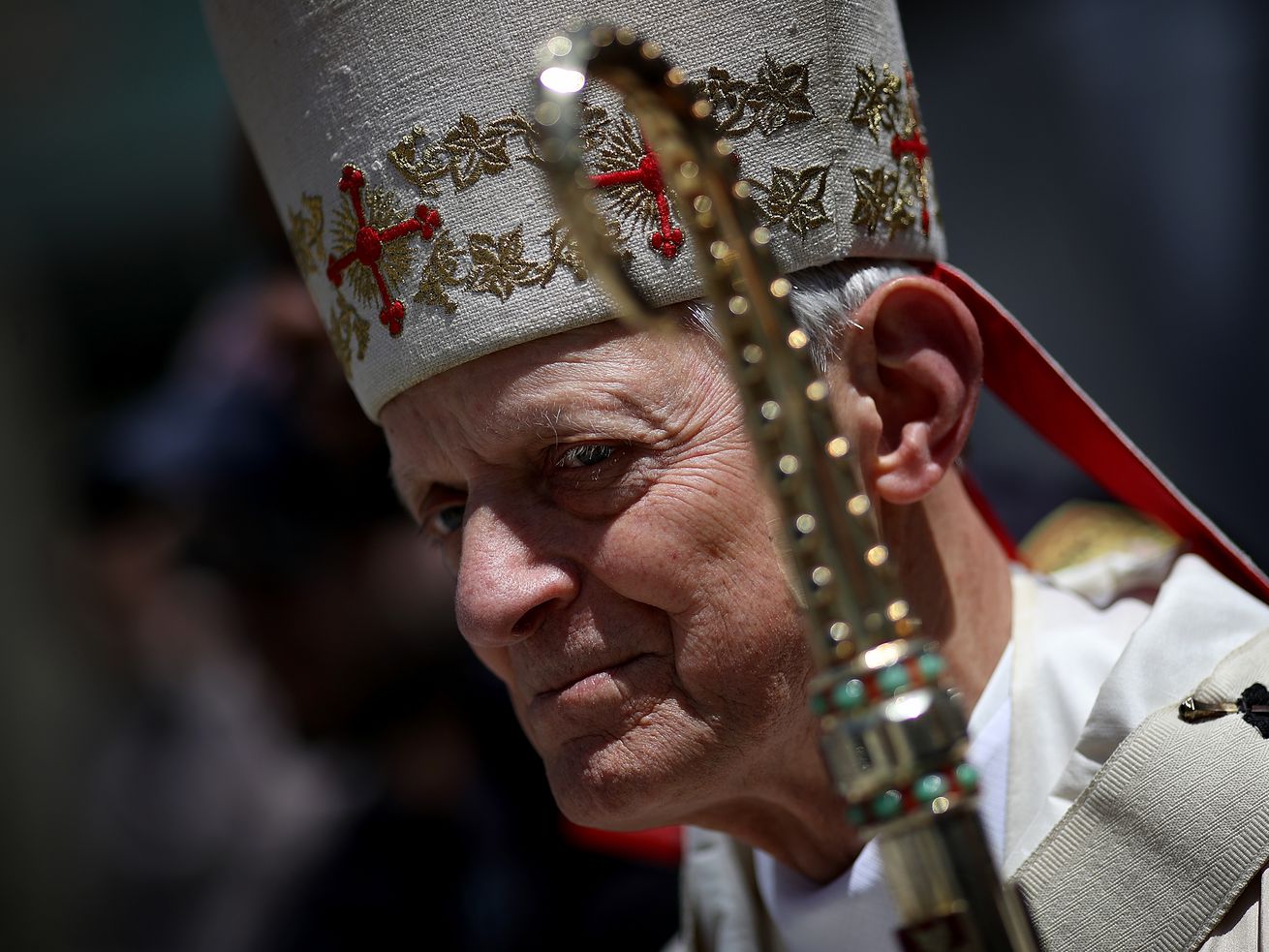 Wuerl is accused of knowingly turning a blind eye to abusive priests.

Pressure is mounting for Donald Wuerl, the archbishop of Washington, DC, to resign over his role in the cover-up of the clerical child sex abuse crisis.

In the two weeks since a Pennsylvania grand jury released a report accusing 300 Catholic priests of abusing over 1,000 minors in that state, there’s been an increasing number of calls for Wuerl, the highest-ranking priest implicated in the report, to resign. The report alleged that Wuerl, at that time the bishop of Pittsburgh, knowingly allowed several pedophile priests to return to active ministry after accusations of child sex abuse.

The calls have only intensified after a former Vatican official, ex-papal nuncio Carlo Maria Viganò, published an open letter accusing Pope Francis of dropping sanctions to punish Wuerl’s predecessor in DC, Cardinal Theodore McCarrick, who was removed from active ministry earlier this summer due to new revelations of sexual misconduct with dozens of junior seminarians and two minors. Viganò also accused Wuerl of knowing about McCarrick’s sexual harassment of clergymen (although not of minors) and doing nothing.

This week, the New York Times reported that a group of about 50 Catholic schoolteachers picketed the Archdiocese of Washington’s traditional Mass at the Basilica of the National Shrine of the Immaculate Conception on Tuesday, which commemorated back-to-school season.

“The reason we do this is because kids are important to us and their education is important to us,” a protester told the Times. A Pennsylvania Catholic school formerly known as Cardinal Wuerl North Catholic High School also changed its name last week to remove any reference to the archbishop. Last week, Wuerl pulled out of speaking at the World Meeting of Families in Ireland, a Catholic event at which Pope Francis was present, without formally giving a reason for doing so.

Wuerl has steadfastly denied any knowledge of either abuse case and maintained that he has no plans to resign. “The pain and the suffering [of victims] are something that we need to take responsibility for,” Wuerl told his parishioners shortly after the Pennsylvania report was made public. He later told the Washington Fox affiliate, “I think I did everything that I possibly could.” He has also denied any knowledge of McCarrick’s wrongdoing or of any sanctions against him.

Complicating matters are internal church politics and partisan brinkmanship. Wuerl, historically a progressive, is a longtime ally of Pope Francis. Viganò, a hard-line conservative who has often allied himself with Francis’s detractors, has characterized the child sex abuse crisis as having been masterminded by a secret “network of homosexuals” within the Vatican that must be “eradicated.”

Meanwhile, the grand jury report variously praises and condemns Wuerl. In some cases, it says, Wuerl actively intervened to remove pedophile priests from their positions, and in one case even fought a Vatican order to reinstate a priest, Anthony J. Cipolla, who had been accused of child abuse — a case he ultimately won. In other instances, the report alleges that Wuerl failed to take accusations sufficiently seriously and allowed priests to return to ministry.

Like all archbishops, Wuerl formally offered Pope Francis his resignation when he turned 75, two years ago. Pope Francis did not accept his resignation at the time — a common practice for senior clergy the pope wishes to keep in office. However, it now falls to an increasingly embattled Francis to decide whether to belatedly accept that resignation or to keep Wuerl in office.