AT the risk of sounding like the ultimate cat lady, this week’s column will mainly be about my precious Lady Marmalade.

But stick with me as it’s also a story of people power and faith.

Over a week ago, my cat jumped out of my bedroom window late in the evening without so much as a goodbye.

I didn’t realise she was actually “gone gone” until the next morning when she wasn’t curled up on my bed as per her usual routine.

My heart sank. In fact, it plummeted to whole new depths.

As you may remember, my darling cat Wilhelm was knocked down by a car and killed last December, and so every conceivable bad thought crossed my mind.

But after ringing around vets and searching the roads, we realised the same fate for Lady Marmalade was out of immediate question.

Two friends got to work printing off posters and asking anyone in sight whether they’d seen her.

A dead cat is not just a dead cat. It is a dead pal, dead housemate, dead light relief on some very dark days, dead soothing pain relief and distraction.

Life without her turns the Radio Cancer volume up to 11.

Minutes, hours, days went by and there was no sight of her. Friends helped me search day and night, and there was an outpouring of love on social media, too.

Even though I personally don’t have faith in a particular god or religion, I think there is something so incredibly powerful for everyone, regardless of a belief system, to have faith.

In a world with so much darkness and evil, sometimes we need faith to get us through. I cling to the idea there is happiness and love in the world like my life depends on it – it kind of does.

For monthly reminders to check
your boobs, text:

Your initial message will
cost your standard network rate 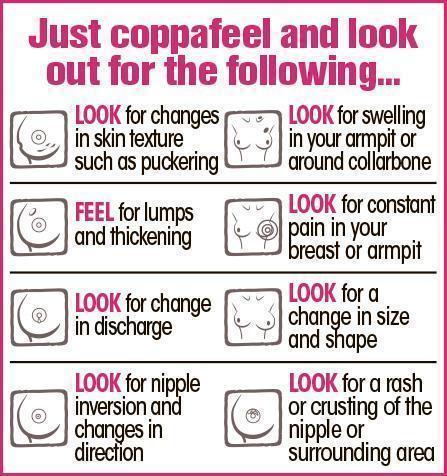 most read in fabulous


Do you get up to pee in the night? It’s a sign of these killer diseases

I have great, abounding amounts of faith in life, love and happiness and so many other things around me.

Even when I struggle to see anything remotely good, I have faith that if I stumble through it that there is something wonderful coming up.

So whether it was the collective power of religious and non-religious faith that brought Lady Marmalade back in to my life five days later, or just that she managed to find her way out of wherever she was trapped, what kept me going through those days was hope and faith that I would see her again.