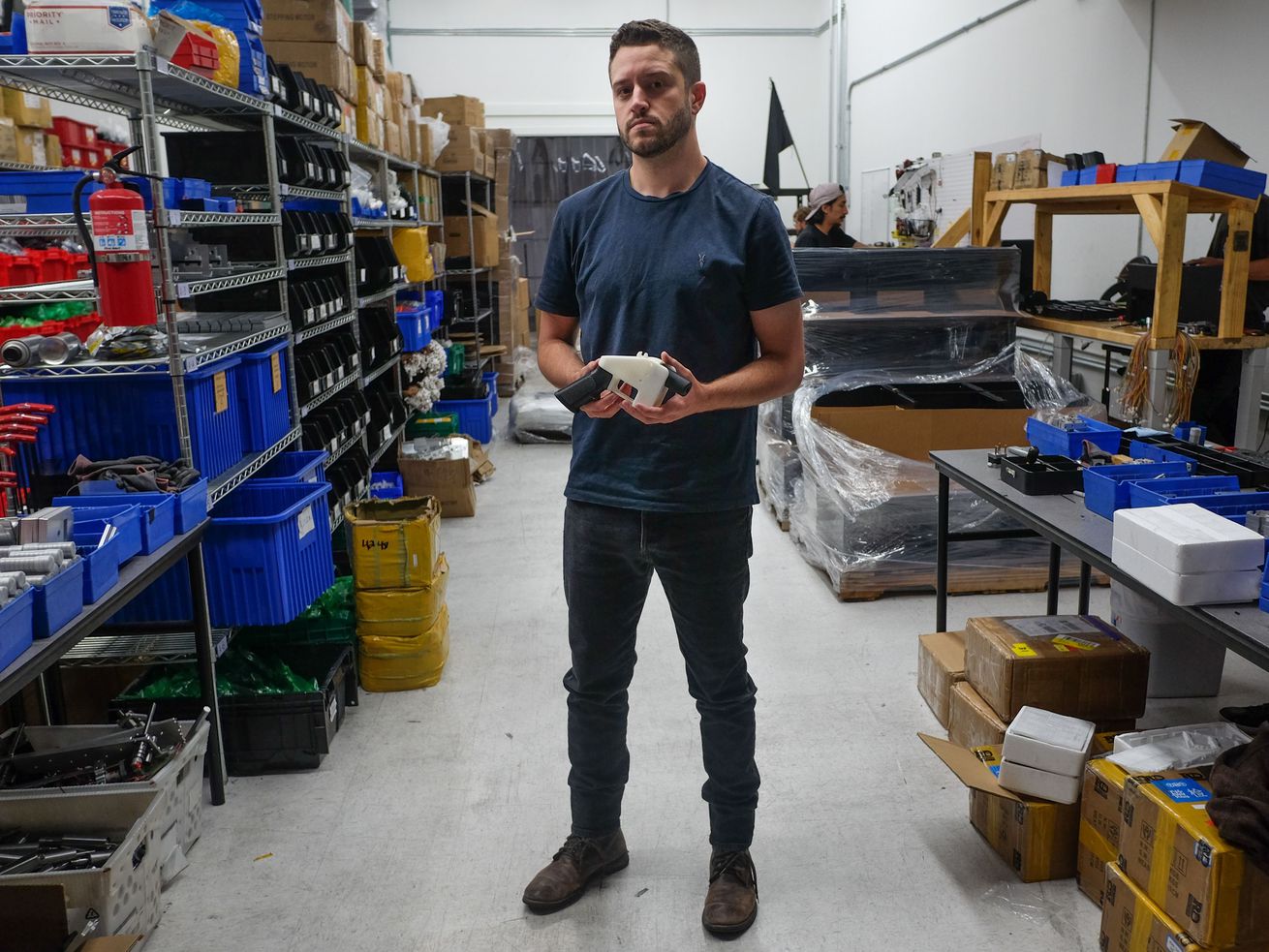 Wilson is believed to be in Taiwan after a friend of the alleged victim told him about the investigation.

Last month, libertarian activist Cody Wilson drew global media attention over his plans to publish blueprints for a gun that could be fully made using a 3D printer. Now, Wilson is in the news for a whole different reason: He’s been accused of sexually assaulting a minor.

It also seems he may have fled to Taiwan, where he could be out of reach of police.

Police in Austin, Texas, told the Austin American-Statesman that Wilson, who’s 30, has been charged with sexual assault; he’s accused of having sex with a 16-year-old girl on August 15 and paying her $500.

The girl apparently met Wilson on the website SugarDaddyMeet.com, where he went by the name “Sanjuro,” according to the police affidavit seen by the Statesman. The two continued talking through text messages before eventually agreeing to meet at a local coffee shop. They then went to a hotel, where the girl said she had sex with Wilson. After, she said, Wilson paid her $500.

The girl gave police specific details about where she met Wilson, which authorities reportedly corroborated with surveillance footage and hotel records.

Police now believe that Wilson was tipped off by a friend of the 16-year-old that police were investigating him. They say he’s currently in Taiwan, where he frequently travels for business, and appears to have missed a scheduled flight back.

As Los Angeles Times reporter Matt Pearce pointed out, Taiwan doesn’t have an extradition treaty with the US — meaning it might not have to fulfill authorities’ request to send Wilson back to America for prosecution.

It remains unclear what, if any, effect the latest charges against Wilson will have on his 3D-printed gun plans and other projects. (He’s also known for other endeavors, including creating Hatreon, a now-defunct crowdfunding website that was beloved by the white nationalist alt-right and neo-Nazis.)

For years, Wilson has been in court battles with different levels of government to try to publish blueprints for what’s widely believed to be the world’s first fully 3D-printed gun.

Since making a 3D-printed gun only requires a 3D printer, the right materials, and a blueprint, the concern is that 3D-printed guns will make it easy to bypass a host of state and federal laws.

Printing a gun doesn’t require a background check or any documentation, offering a workaround for people who are legally prohibited from buying a gun for reasons such as a criminal record or a history of mental illness.

A 3D-printed gun can also be made without a serial number or anything that would make these firearms easily traceable if they’re used in a crime.

Despite court orders blocking him from publishing the blueprints, Wilson announced plans last month to directly distribute the blueprints to people anyway — taking advantage of a loophole in the order that said the blueprints “can be emailed, mailed, securely transmitted, or otherwise published within the United States.”

Prior to that, Wilson planned to publish the blueprints online on August 1, after the federal government, under President Donald Trump and Attorney General Jeff Sessions, abruptly backed down from a legal fight that had until then prevented Wilson from publishing the blueprints. But Wilson’s original plans were put on hold after state officials sued in federal court.

The previous administration, under President Barack Obama, had forced Wilson to stop publishing the blueprints on his website, Defcad.com. Wilson sued the administration in hopes of republishing his schematics. The case seemed like a win for the government, with multiple courts initially ruling in the government’s favor.

But once the Trump administration came in with its gun-friendly politics, the Justice Department suddenly agreed to a settlement — giving Wilson and his nonprofit, Defense Distributed, “essentially everything they wanted,” Andy Greenberg reported in Wired. The deal allowed Wilson to publish his blueprints starting in August and paid him $40,000 for his legal costs.

Still, it’s a big question whether any of these attempts to stop Wilson will amount to much. The technology is out there, and the information is inevitably going to end up on the internet at some point. Even before Wilson’s latest move (to directly distribute blueprints), there were websites hosting 3D printer designs for guns, and sites dedicated to hosting Wilson’s files, even as Wilson’s own ability to republish the documents was held up in court.

For more about the battle to stop 3D-printed guns, read Vox’s explainer.