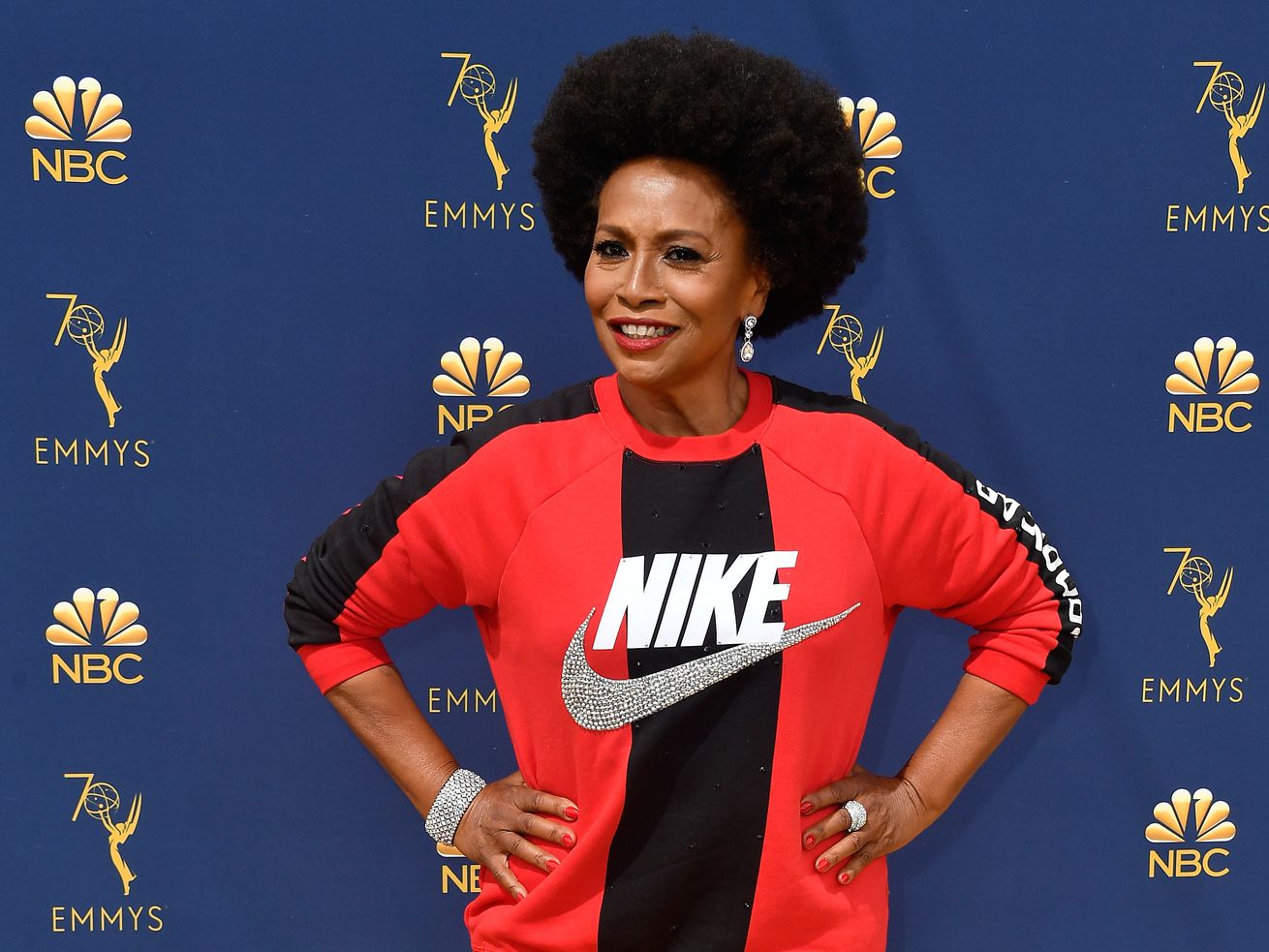 Lewis’s show did not get to air its Kaepernick-focused episode in February.

“I am wearing Nike to applaud them for supporting Colin Kaepernick and his protest against racial injustice and police brutality,” Lewis told Variety during her red-carpet interview before the ceremony. She described her thought process in coming up with the idea to wear Nike as asking herself, “What can I do? What can I do that’s meaningful? I’ll wear Nike. I’ll wear Nike to say thank you. Thank you for leading the resistance! We need more corporate America to stand up also.”

The athletic brand started a national conversation over Labor Day weekend when it revealed that Kaepernick would be one of the faces for the 30th-anniversary celebration of its “Just Do it” slogan.

So far, Kaepernick has appeared in a print ad and a televised commercial. The ad features a black-and-white close-up of his face with the words, “Believe in something. Even if it means sacrificing everything” — a reference to Kaepernick kneeling during the national anthem when he was a quarterback for the San Francisco 49ers.

Kaepernick was kneeling in protest of police brutality against black people, and when many of his fellow NFL players began to kneel as well, the protests kicked off a national conversation and debate that eventually drew the ire of President Donald Trump. Kaepernick hasn’t played in two seasons and is currently bringing a lawsuit against the NFL and its owners for allegedly colluding to keep him out of the league.

The ads have spurred a boycott against Nike, predominantly spearheaded by conservatives who believe Kaepernick’s protests were disrespectful of the American flag. Some boycott participants have also destroyed Nike merchandise they have already purchased and posted videos and photos of the act on social media.

Lewis is just one of myriad celebrities who have shown support for Kaepernick and his protest of police killings. But there is likely an extra layer of significance to Lewis’s decision to wear Nike on the Emmys red carpet, after it was revealed earlier this year that ABC shelved an episode of Black-ish that addressed the NFL kneeling protests. ABC reportedly decided not to air the episode due to “creative differences.”