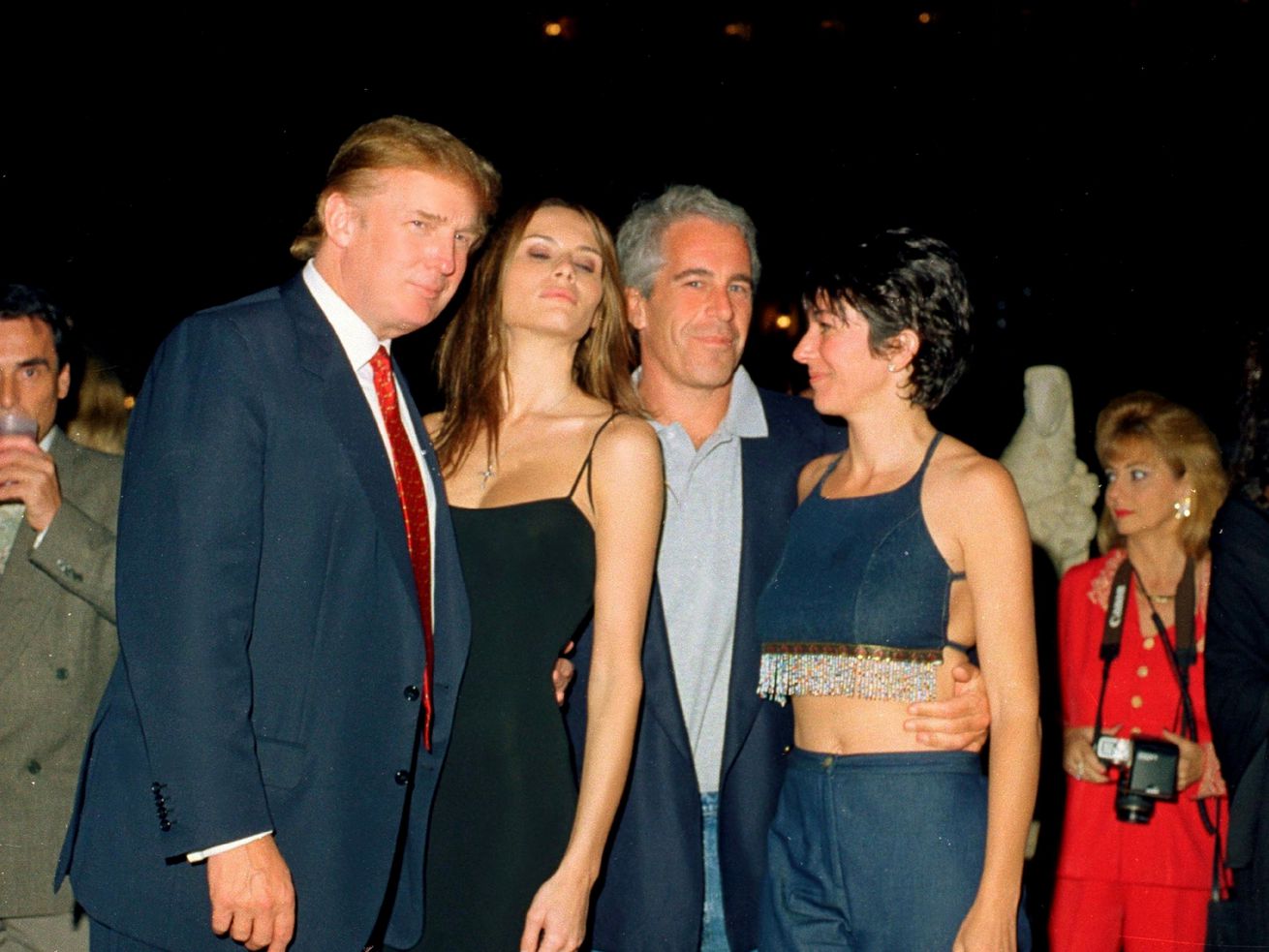 Epstein faced similar charges in 2008, but signed a deal to limit his time behind bars.

Jeffrey Epstein — billionaire, friend of the powerful, and convicted sex offender — was arrested Saturday night in New Jersey on charges that he trafficked dozens of underage girls in Florida and New York between 2002 and 2005.

Epstein, 66, a hedge fund executive whose friends include Presidents Donald Trump and Bill Clinton, had just flown into New Jersey’s Teterboro Airport from Paris when agents from the joint FBI-NYPD Crimes Against Children Task Force arrested him, according to the Daily Beast, which first broke the news of the arrests.

Saturday evening, federal agents carried out a search of his townhouse on the Upper East Side of Manhattan, according to witnesses who spoke to the Miami Herald’s Julie K. Brown, who has reported extensively both on Epstein’s alleged crimes and on a deal he received from the US attorney in Miami in 2008 during an investigation involving more than 30 underage victims.

Epstein is currently being held in New York, and is expected to be arraigned on Monday at a bail hearing in federal court in Manhattan. An anonymous source told the Herald they believe the hearing could allow Epstein to escape trial: “If they grant him bail, he has enough money that he will disappear and they will never get him.”

Epstein has long been the subject of accusations, lawsuits, and investigations by both federal and local law enforcement (and the press) for sex crimes against underage girls. These accusations came to a head in 2005 when a Florida woman told police a wealthy man had molested her daughter. The police began an investigation that was referred to the FBI.

The bureau collected copious evidence, and in 2008, Epstein pleaded guilty to the solicitation of prostitution and procurement of minors for prostitution. However, because of deal made with former US attorney (and current US secretary of labor) Alexander Acosta, Epstein did not receive a long sentence.

The FBI had prepared a 53-page sex crimes indictment for Epstein in 2007 that could have sent him to prison for life, according to the Herald. Instead, he cut a deal with Alexander Acosta, then the US attorney in Miami, which allowed him to serve just 13 months — not in federal or state prison, but in a private wing of a Palm Beach county jail.

He was granted work release to go to a “comfortable office” for 12 hours a day, six days a week, despite the fact that the Palm Beach Sheriff’s Department prohibited work release for sex offenders.

Epstein’s deal, called a “non-prosecution agreement,” granted immunity to “any potential co-conspirators,” meaning that if any of Epstein’s powerful friends were involved in his crimes, they would face no consequences. And Acosta agreed that the deal would be kept secret from the victims, preventing them from showing up in court to try to challenge it.

In February, a federal judge ruled the non-prosecution agreement to be unconstitutional. US District Judge Kenneth A. Marra said that the deal violated the 30-plus accusers’ right to speak with prosecutors about the terms of the arrangement.

But in late June, the Department of Justice declined to invalidate that deal. Prior to this decision, accusers had hoped Marra’s ruling would lead to the case being reopened.

The new indictment could provide something of an opportunity to relitigate the accusations Epstein has long faced, albeit in a different state. While it remains sealed until Monday, it is expected to allege that Epstein paid cash to dozens of girls, some as young as 14, for massages in his homes in New York and Palm Beach, Florida. During those massages, it is alleged he would molest or assault them.

The indictment further alleges that Epstein knew his victims were underage. Law enforcement officials have said that some of Epstein’s employees — and, later, some of the girls who have said he molested them — helped recruit new victims into the financier’s scheme.

Attorneys for two of Epstein’s alleged victims said they hope that these latest charges will finally bring the financier to justice.

“It’s been a long time coming — it’s been too long coming,” attorney David Boies told the Daily Beast. “It is an important step towards getting justice for the many victims of Mr. Epstein’s sex trafficking enterprise.”

Who is Jeffrey Epstein?

For years before his conviction, Jeffrey Epstein had a reputation for being seen around young girls. His bevy of famous friends have even joked about it. In 2002, Donald Trump said to New York Magazine of Epstein: “It is even said that he likes beautiful women as much as I do, and many of them are on the younger side.”

In February, Coaston and North detailed years of rumors and allegations that swirled around the financier:

In the 2007 New York magazine article, Vanity Fair columnist Michael Wolff described flying on Epstein’s private plane in the 1990s, saying Epstein “was followed onto the plane by — how shall I say this? — by three teenage girls not his daughters” who were “18, 19, 20, who knows” and “model-like.”

“He has never been secretive about the girls,” Wolff said. “At one point, when his troubles began, he was talking to me and said, ‘What can I say, I like young girls.’ I said, ‘Maybe you should say, ‘I like young women.’ ”

Epstein would allegedly seek out young girls, and would pay them both for what he termed “massages” — acts that, as described to investigators, meet the federal definition of sexual assault — and to recruit other young girls:

According to court and police records reviewed by the Miami Herald’s Julie Brown, Epstein routinely had underage girls brought to his Palm Beach mansion, where he paid them to give him massages. During the massages, he often subjected the girls to sexual abuse — asking them to touch him while he masturbated, touching them himself, and sometimes having intercourse with them, Brown reports. Then, according to the Herald, he would offer them money to find him more girls — which some of them did, finding recruits at malls and house parties.

According to Joseph Recarey, the lead Palm Beach detective on the case, Epstein was essentially operating a “sexual pyramid scheme.” Brown identified about 80 women who say they were molested or otherwise sexually abused by Epstein, and some accounts suggest the total number may be much higher.

“He told me he wanted them as young as I could find them,’’ Courtney Wild, who says she recruited 70 or 80 girls for Epstein, told Brown. “He wanted as many girls as I could get him. It was never enough.’’

Should the new charges Epstein faces lead to a conviction and a full prison sentence, they would mark the first time the financier has faced serious legal consequences for his dozens of alleged crimes.

While his deal in Miami did lead to Epstein being registered as a sex offender in New York and in his home in the Virgin Islands, he was not required to register as such in New Mexico, where he has a ranch. The Miami Herald has described his 13 month sentence as “one of the most lenient sentences for a serial sex offender in US history.” And Epstein’s accusers have claimed that his considerable financial resources and access to private planes have made it so the sentence and being a registered sex offender have had little effect on his daily life and activities.

As Vox’s Jane Coaston and Anna North have explained, his story illustrates how, even in the #MeToo era, when many powerful men have faced public and legal reckonings for sexual abuse, “those with enough money and connections … can often manipulate the legal system to serve their own ends.”

The social connections, in particular, have been crucial to helping Epstein avoid prosecution. The financier met many a powerful person as an investment banker at Bear Stearns, and later as the head of his own financial firm that exclusively caters to billionaires. He once described the famous people with whom he associates as a “collection,” and his well-connected lawyers, Kenneth Starr and Alan Dershowitz, were key to his light sentencing in the 2008 federal case. But some of these friends have also been implicated in his abuse, write Coaston and North.

Over the years, speculation has swirled about which of Epstein’s famous friends, if any, might have committed sex crimes on his properties. During the 2016 presidential race, then-Republican National Committee Chair Reince Priebus hinted that Bill Clinton might have been involved: “When you hang out with a guy who has a reputation like Jeffrey Epstein, multiple times, on private jets, on weekends, on trips, on places at least where it’s been reported not very good things happen, it would be good to know what our former president was doing,” he told Bloomberg.

Also during the 2016 race, a woman going by the name Katie Johnson sued Trump, saying he had raped her at one of Epstein’s parties when she was 13, the Daily Beast reports. She later dropped the suit.

These friends may not be able to help Epstein this time, however. They are shielded from prosecution thanks to immunity granted to “any potential co-conspirators” under the terms of his Miami deal, meaning they have little incentive to cooperate with prosecutors or to involve themselves in the financier’s current charges on his behalf. While the deal was in doubt for a time due to a ruling by a federal judge that found it unconstitutional, the Department of Justice has defended it.

More will become clear about Epstein’s immediate fate in federal court proceedings Monday. The FBI also hopes to hear from more accusers, and plans to create a hotline to collect further statements following that hearing.