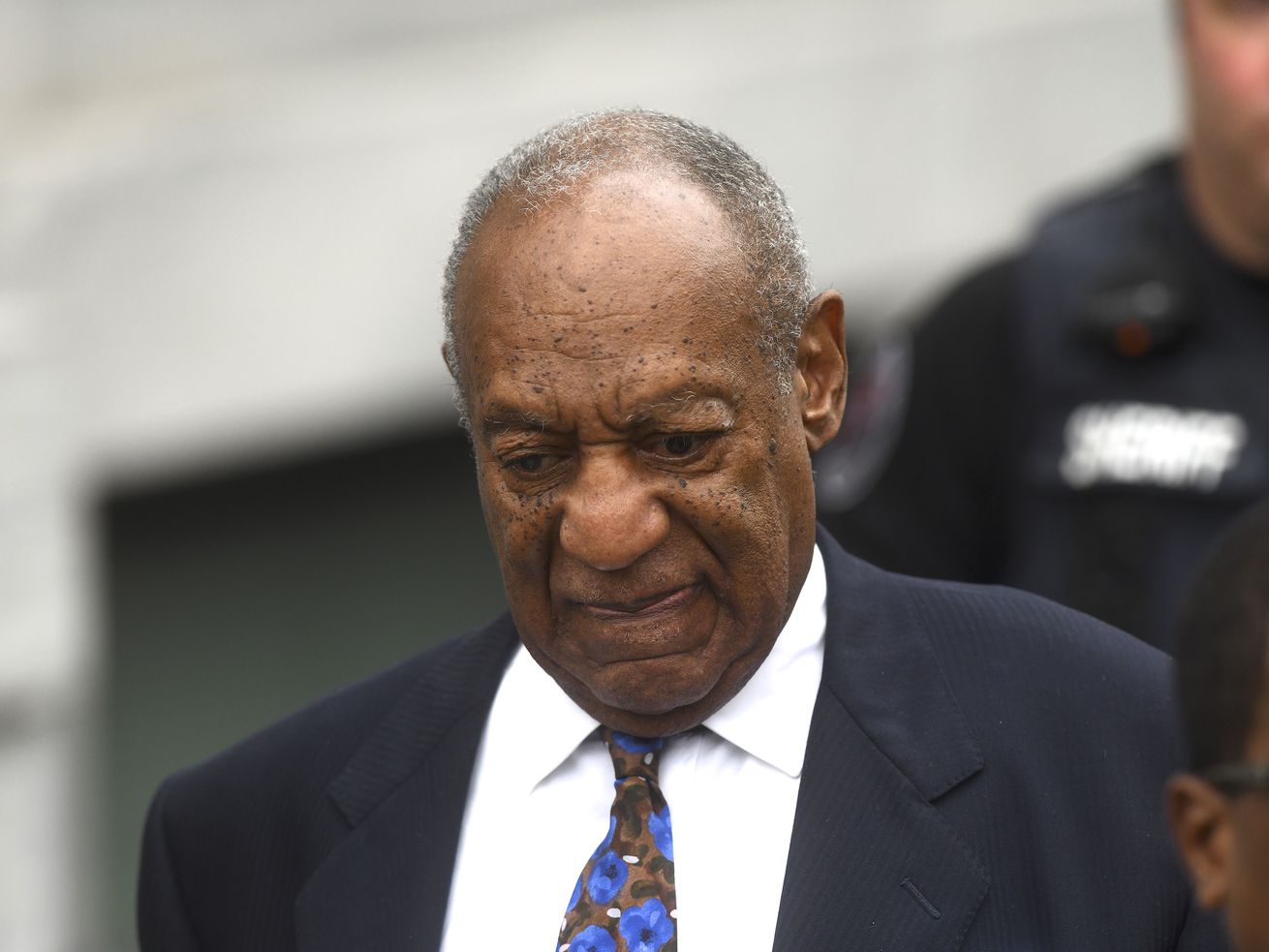 As Cosby faces sentencing, a big question is if he will receive prison time.

For more than two decades, Bill Cosby was “America’s Dad.” These days, though, he’s come to represent powerful men facing major repercussions for hideous misdeeds. Now, five months after being convicted on charges stemming from the 2004 sexual assault of Andrea Constand, the 81-year-old awaits a sentencing decision that could see him spend the rest of his life behind bars.

Monday marked the beginning of a two-day sentencing hearing for Cosby, who faces up to 30 years in prison, 10 years for each charge, following his conviction on three counts of aggravated indecent assault. The sentencing is being overseen by Judge Steven T. O’Neill, who also ruled in Cosby’s April trial. O’Neill can condense that sentence into a maximum of 10 years served concurrently, a move that the prosecution requested on Monday, according to the Associated Press. Cosby’s legal team is committed to appealing any prison time.

Prosecutors argue that Cosby, who has been on house arrest since April, remains a risk to the public and should serve five to 10 years in prison. The defense, meanwhile, argues that given Cosby’s age and health as well as his legacy and history of philanthropy, his sentence should be drastically reduced to serving time in a detention or rehabilitation facility or house arrest. Pennsylvania law requires a mandatory sentence of one to four years in prison for each of the charges.

The sentencing hearing has been marked by a number of disagreements between the prosecution and the defense. On Monday, there was an extensive back-and-forth about whether Cosby should be designated a “sexually violent predator” and if he should register as a sex offender. As the New York Times notes, in the months leading up to the hearing, Cosby’s lawyers argued that O’Neill was biased as a judge and needed to be removed from the case.

After speculation that other Cosby accusers would speak during the hearing, Constand was the only accuser allowed to testify. She limited her remarks to a brief statement.

“The jury heard me. Mr. Cosby heard me,” Constand said. “Now, all I am asking for is justice as the court sees fit.” She also submitted a longer victim impact statement that was not read in court, according to the Associated Press.

The AP also notes that a spokesperson for Cosby told reporters Monday that his client, who has been silent in the months following his conviction, will not break that trend during the hearing.

One thing that is certain is that Cosby’s conviction — as the #MeToo movement calls attention to high-profile men abusing their power — will have a significant impact on the comedian’s legacy. Cosby has been the subject of sexual assault accusations from dozens of women spanning some 40 years. As the sentencing hearing wraps up, the debate between legal teams is not only about how much prison time Cosby should serve; it’s also a referendum on how his actions should affect how he is remembered.

Andrea Constand was working as the director of operations for Temple University’s women’s basketball team when she met Cosby, a famous Temple alum, in 2002. In 2004, Constand alleged that Cosby drugged and molested her during an incident at his home. The accusations were the subject of a civil lawsuit in 2005 and a criminal trial in 2017. Cosby’s legal team argued that the comedian was not guilty. That trial included the testimony of one other woman who alleged Cosby assaulted her, but it resulted in a mistrial due to a hung jury.

This year’s retrial, which featured testimony from Constand and five other women serving as “prior bad acts” witnesses, detailed Constand’s assault and how it was part of a larger pattern of Cosby’s abuse spanning the 1960s to 2000s. Roughly 60 women have shared stories of alleged sexual assault — ranging from groping to forced kissing to rape — at Cosby’s hands.

The prosecution initially planned to drive home this point by allowing other accusers to testify during Cosby’s sentencing, but O’Neill rejected that request. Even so, Cosby’s other accusers, some of whom traveled to witness the sentencing, loom large over the hearing.

The early phase of Monday’s hearing focused on if Cosby’s history qualified him as a “sexually violent predator,” a designation that would require Cosby to register as a sex offender, notify the state police of any changes in his residence or employment, and undergo counseling. A Pennsylvania state board previously found that Cosby should be given the classification.

The sentencing will have a lasting impact on Cosby’s legacy

No matter the sentence, it will mark the culmination of a years-long legal battle for Constand. For other Cosby accusers whose cases fall outside the statute of limitations, Constand’s case is informally considered a representation of their own experiences with the disgraced comedian and actor.

Attorney Gloria Allred, who represents several Cosby accusers, said something similar at an event one day before the sentencing hearing began. “Judgment Day has finally arrived for this convicted sexual predator who betrayed the trust of so many women,” she said. “It’s time for him to face the consequences of his criminal acts.”

Cosby’s supporters, meanwhile, continue to argue that the comedian’s legacy and image as “America’s Dad” remains intact, unaffected by the wave of allegations that have emerged in recent years.

“He’s still America’s Dad, and they won’t ever take that away,” Cosby spokesperson Andrew Wyatt told reporters on Monday. “You can’t take away the legacy.”

It’s a statement that recalls memories of Cosby as the black patriarch who righteously guided America for decades. But it ignores that Bill Cosby the television character and Bill Cosby the man are very different.