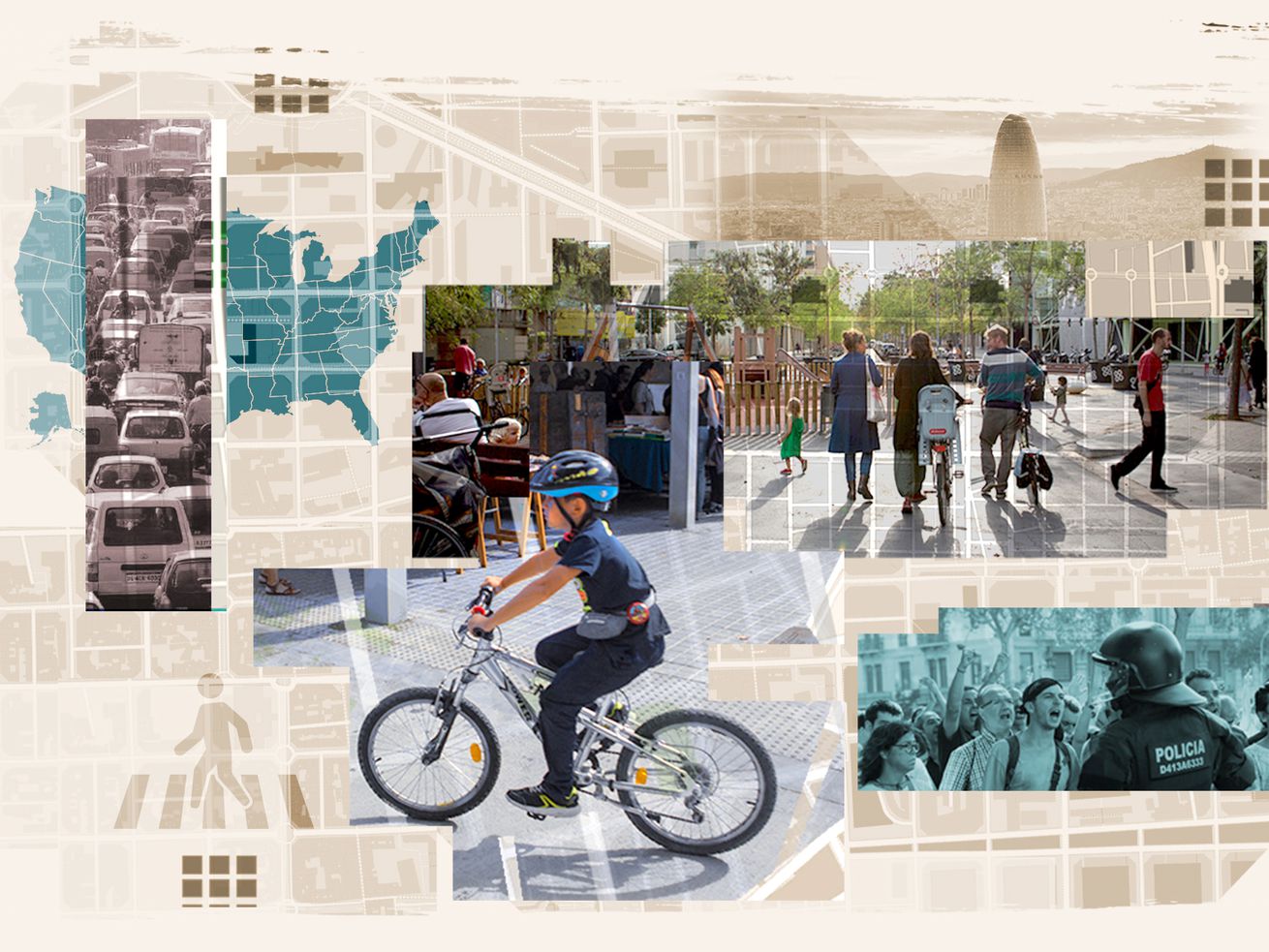 In 2016, I wrote a brief story on “superblocks,” a hot new urban-planning idea out of Barcelona, Spain, that would reclaim streets from cars and transform them into walkable, mixed-used public spaces.

Ever since then, I’ve wondered how the city’s effort was progressing. So I jumped at the chance to spend 10 days in Barcelona in October, interviewing city officials, urban planning experts, and residents about the history of the program and its prospects for the future.

What I found was more fascinating than anything I could have imagined: not just an urban plan, but a vision for a different way of living in the 21st century, one that steps back from many of the mistakes of the auto-besotted 20th century, refocusing on health and community. It is a bigger and more ambitious city plan than anything being discussed in America and, more important, a plan that is actually being implemented, with a few solid pilot projects behind it, a list of lessons learned, and a half-dozen new projects in the works.

There’s no guarantee Barcelona can follow through on its outsized aspirations; it faces the same political cross-currents and commercial pressures of any other big city. (Municipal elections on May 26 will provide a crucial test for the plan.)

But it is also, by virtue of its history, character, and circumstances, uniquely well positioned to push back the tide of cars. Other cities seeking to reduce pollution, prepare for climate change, and restore a sense of community have much to learn, not only from what Barcelona has done so far, but also from what it’s able to do next.

I explain it all in this five-part series, which we are rolling out the week of April 8. (Scroll to the bottom for a bonus article on Barcelona’s long and fascinating history of urbanism.)

Part One: Cars dominate cities. Barcelona has set out to change that.

Cars completely swamped cities in the 20th century, bringing with them congestion, air pollution, noise, and greenhouse gases. Now Barcelona is implementing an urban plan that would decisively change that, pushing cars off most streets and turning the land over to citizens for mixed-use public spaces, or “superblocks.”

Part Two: Barcelona wants to build 500 superblocks. Here’s what it learned from the first ones.

In 2016, Barcelona implemented its first proper superblock, in the Poblenou neighborhood. The process was bumpy, to say the least — there was intense initial resistance — but it ended well. The Poblenou superblock is secure and the city has learned important lessons it’s now carrying forward.

To appreciate what’s currently happening in Barcelona, it helps to understand the city’s long and fascinating history of being radically redesigned and reborn. We begin with the medieval city of Barcino and follow its growth and development into a modern-day global tourist destination.

Special thanks to the Kleinman Center for Energy Policy at the University of Pennsylvania for supporting this project and making me a senior fellow. Big thanks to Salvador Rueda and the staff at the Urban Ecology Agency of Barcelona for all their help; the many residents of the city who showed such hospitality; Maysun for her excellent photography; and above all, Andrés Bartos, who served as research assistant, tour guide, translator, sounding board, and faithful companion throughout my visit. My eternal gratitude.