BALI has been hit by a 5.2 magnitude earthquake.

It is the fifth quake to slam Indonesian islands in a month – after tremors rocked neighbouring island Lombok, killing 340 people.

Bali has been rocked by a 5.2-magnitude earthquake. Neighbouring island Lombok was struck with far more powerful and deadly quakes earlier this month[/caption]

Tourists reported being woken up by the ground shaking violently beneath them, and others said they fled their hotels.

The quake was felt in the picturesque holiday region of Uluwatu, home to ancient temples, giant statues of Hindu gods and idyllic beaches.

It is a much smaller quake than the 6.3 and 6.9 magnitude quakes to hit Lombock earlier this month.

The death toll from two quakes rose to 347, with at least 1,400 injured in Lombok and Bali. 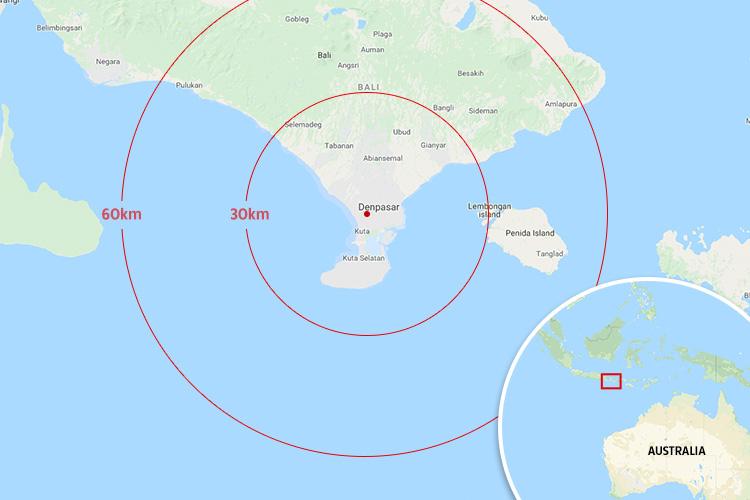 Indonesia lies on the Ring of Fire – a major area in the basin of the Pacific Ocean where many earthquakes and volcanic eruptions occur.

Around 90 per cent of the world’s earthquakes take place in this 25,000 mile horseshoe shape.

Frequent earthquakes hit Indonesia due to the meeting of major tectonic plates in the region.

The FCO advises Brits planning to travel to Lombok and Bali to keep their travel plans under close review and seek the advice of their transport and accommodation providers before travelling.

Travellers should also ensure that they have contingency plans and travel insurance in place.

Expert geologists at the University of Colorado say that big quakes are going to be more frequent because the earth’s spin has slowed – causing the planet’s “waist” to contract.

MOST READ IN NEWS

Only seven earthquakes above a magnitude 7.0 were recorded in 2017.

Speaking to Business Insider, geologist Roger Bilham predicted that we could see, on average, an incredible 20 high-magnitude earthquakes per year, between 2018 and 2021.

Yesterday saw a 6.3-magnitude earthquake strike off the coast of Oregon, on America’s west coast, sparking fears of the “Big One” – a devastating quake which strikes every 400 years or so.