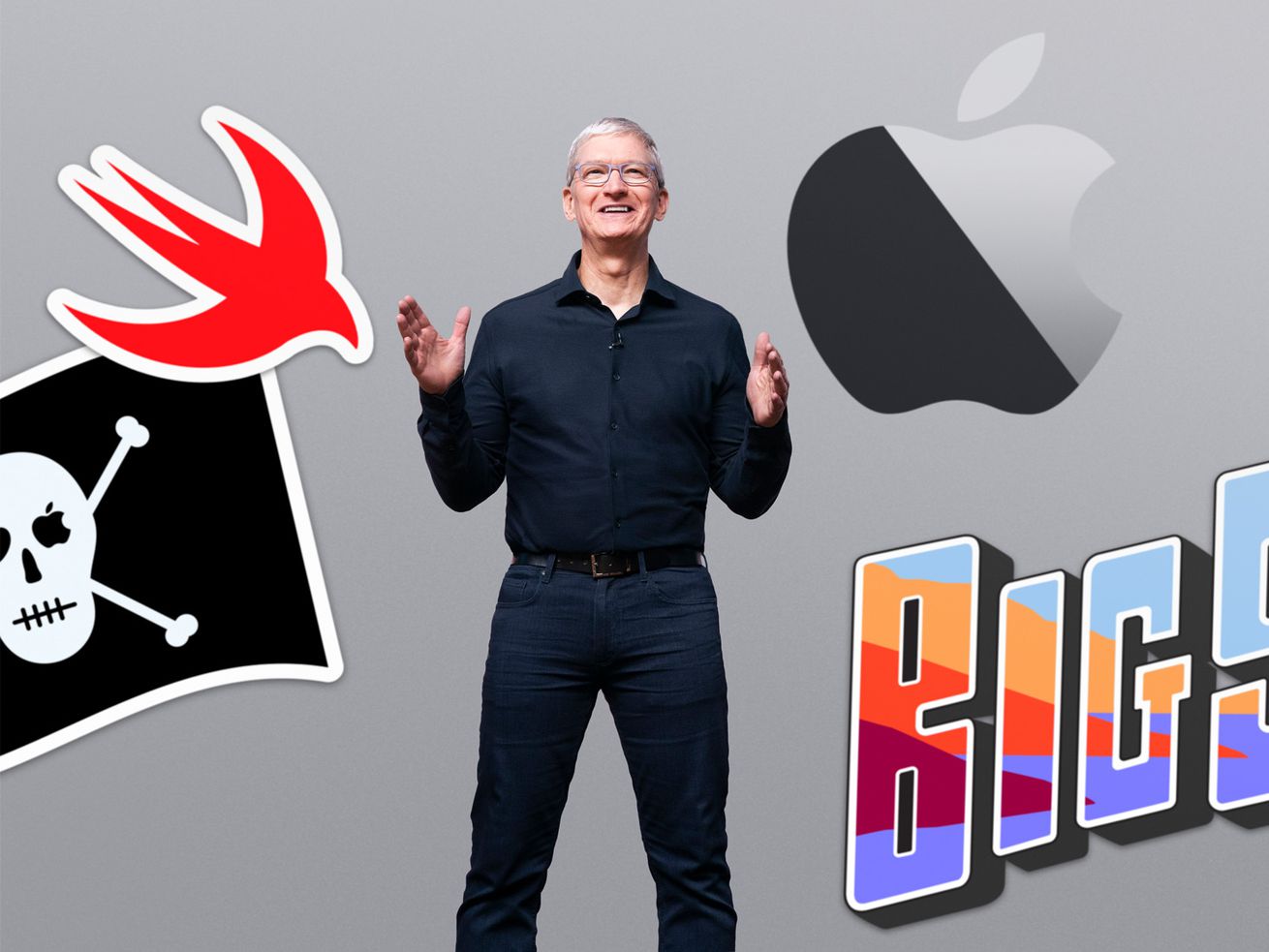 The company’s new operating systems want you to know — and control — who’s watching you online.

Apple is cracking down on what it allows other companies to know about you. The company announced on Monday that iOS 14 and macOS Big Sur will feature a host of improved privacy features that will give users better control over their data and knowledge over what apps and websites know about them. This is great for users who don’t like the idea of, say, a period tracker app sending their data to a company they’ve never heard of. It’s bad news for that company they’ve never heard of.

Over on iOS, the mobile operating system that powers iPhones, apps will now have to get your permission before they can track your data, which is used to target ads to you based on that behavior. Apps often come loaded with secret trackers that send data, such as your location, device type, or usage time, to big companies like Facebook or Google or to the lesser-known brokers like Unacast or Cuebiq. These companies usually have their trackers in several, even thousands, of apps, allowing them to track your data across all of them. Your identity is typically anonymized and hidden behind a unique advertising identifier assigned to your phone. Privacy experts, however, will tell you that nothing is truly anonymous, and we’ve seen how it’s possible to re-identify someone.

If you’re wondering how location data firms, which have been helping public health authorities track the spread of coronavirus, knew so much about where we go, these hidden trackers are how.

Apple has offered users a way to opt out of this tracking for a while now. In Safari, you can find it by going to Preferences > Privacy, and then scrolling all the way down to find the switch. But most people don’t do that, either because they’re not aware the feature exists or they simply can’t be bothered. Now, Mac and iOS users will know right from the start that their apps want to track them because they’ll have to actively give the app permission to do so.

Why would anyone choose to be tracked, you wonder? Well, the case advertisers like to make is that it means the ads you get will be more in line with your interests. Assuming most people decide not to allow their apps to track them, this could fundamentally change the mobile app ad tech industry. The ads will still be there, of course, but they’re worth a lot less if advertisers can’t target them to certain audiences — which means less money for the companies that make the apps.

“This announcement is a great step forward for privacy,” Bennett Cyphers, staff technologist at the Electronic Frontier Foundation, told Recode. “For years, trackers in mobile apps have used the identifier for advertisers (IDFA) to silently profile users by default. Apple never should have added the IDFA to iOS in the first place, but it’s good to see the company cede control back to users.”

The second change in iOS14 is that apps will now have to put something akin to a “nutrition label,” as Apple described it, on their apps that tells users what data may be collected about them or used to track them.

You’re probably aware of some of this already — apps have to ask your permission to access your contacts and location data, for instance — but some of the things shown on the sample label, like device identifiers, aren’t generally known. You can find this information in app privacy policies, but most people don’t read those policies because they’re usually too long and complicated. Now, information about privacy policies will be served to the user in an easily readable form.

“The devil will be in the details of implementation,” Jen King, the director of consumer privacy at Stanford Law School’s Center for Internet and Society, told Recode. “For example, will users understand what’s being asked of them with respect to opting-in to data tracking? Will Apple educate their users about the different practices they are highlighting in the App Store feature summaries? A concern I have is that they give their users a set of new tools without sufficiently explaining what they are for and how they work.”

These moves are somewhat of a surprise given how entrenched in the app ecosystem user tracking is. But the updates are also in line with some other recent privacy-conscious decisions Apple has made. Apple’s web browser, Safari, now blocks cookies by default. Rival Google, which makes the Android mobile operating system and the Chrome browser, does not yet have these privacy-protecting features by default. (Google has a massive mobile and web advertising business.) But according to Google, a cookie ban is coming to Chrome within the next two years, and now that Apple has taken the initiative to turn mobile ad tracking off by default, Google may well follow.

“This puts iOS firmly ahead of Android in terms of user control,” Cyphers added. “Android still allows all apps, and all third-party trackers, to access a user’s mobile ad ID by default. This clearly favors the interests of advertisers and data brokers over the interests of regular people. There’s now no excuse for Google to continue allowing this kind of tracking without clear and specific consent.”

Speaking of Safari, Apple also announced that its upcoming macOS Big Sur will include an update to the company’s web browser that gives users an easy-to-access “Privacy Report” right up next to the URL field. In a single click, the report will tell users which website trackers the browser has blocked.

If you have tracker blocking extensions or use browsers like DuckDuckGo or Firefox, you’re probably familiar with how these work. If you aren’t, then you’ll probably find the sheer number of trackers on a typical website alarming and appreciate a way to significantly reduce — but probably not completely eliminate — them.

Apple hasn’t set a release date for iOS 14 or macOS Big Sur, but expect them sometime later this year.

Open Sourced is made possible by the Omidyar Network. All Open Sourced content is editorially independent and produced by our journalists.