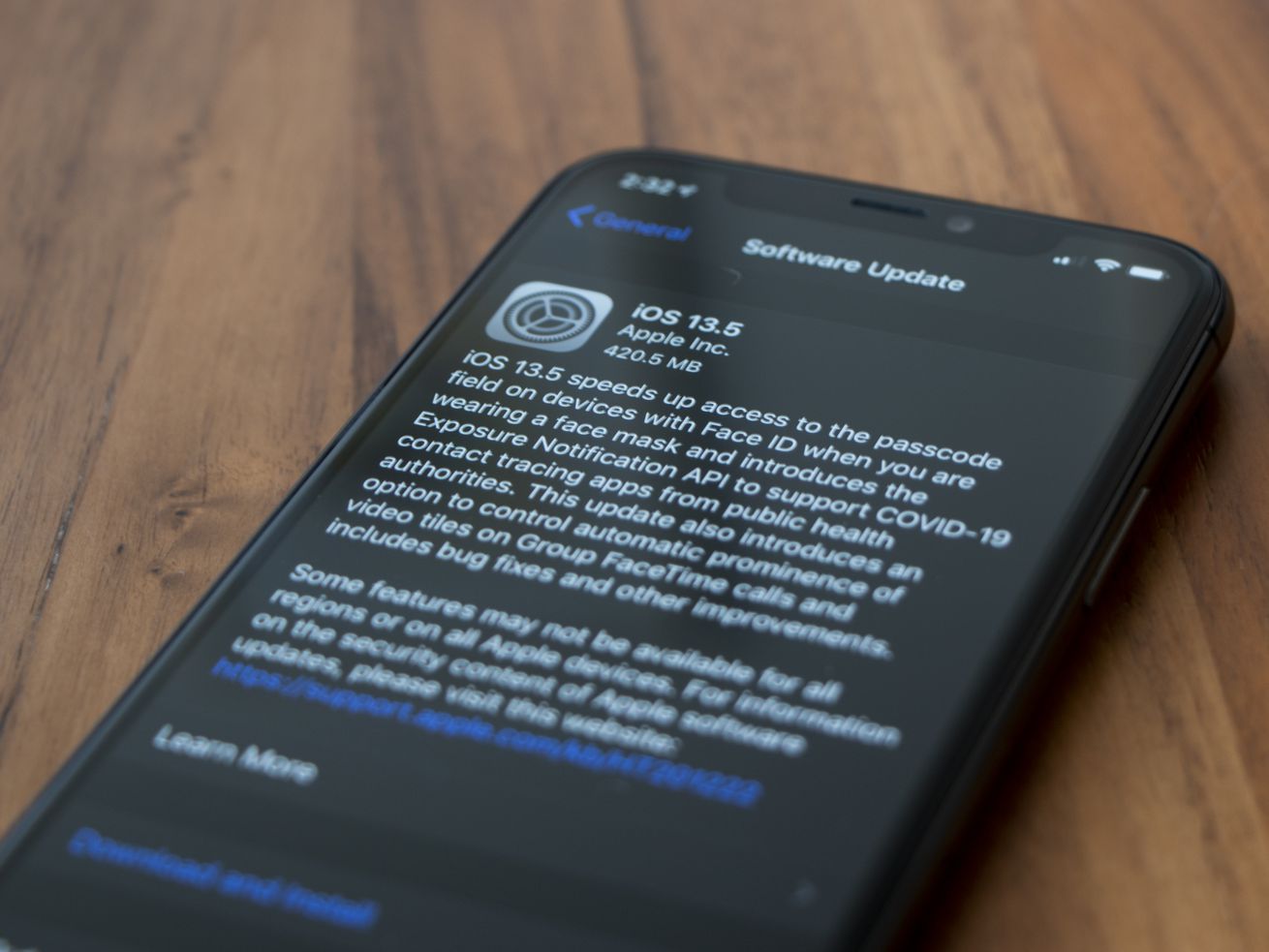 What will happen now that two massive tech companies have let their powers combine to fight the coronavirus?

The Apple-Google exposure notification tool, announced on April 10, is one step closer to being launched. The two companies released software that will help public health authorities build apps that incorporate their exposure notification tool. Apple, specifically, rolled out a software update to iOS devices that some users could download immediately. This big public unveiling raises a couple very important questions: Will any government agencies actually build those apps? And will anybody use them?

These questions remain unanswered. They also raise another, more essential question: How will the new Apple-Google tool help the world fight the pandemic? The companies sold the concept early on as part of a tech-based solution to a very hard problem. But now, Apple and Google admit the tool is not meant to be a silver bullet.

Yet, there is progress. Following the late April release of a beta version of the technology, Apple and Google announced on Wednesday that the application programming interface (API) for its exposure notification tool is now being released to public health authorities. According to the companies, several countries and three US states — Alabama, North Dakota, and South Carolina — will base their digital contact tracing apps on the tool. While Apple and Google consulted with the Centers for Disease Control and Prevention (CDC) to build the tool, there is no indication that any nationwide app is forthcoming.

One of the early adopters of the Apple-Google tool is North Dakota, a state that has already struggled with contact tracing technology of its own.

“North Dakota is excited to be among the first states in the nation to utilize the exposure notification technology built by Apple and Google to help keep our citizens safe,” Gov. Doug Burgum said in a statement. “As we respond to this unprecedented public health emergency, we invite other states to join us in leveraging smartphone technologies to strengthen existing contact tracing efforts, which are critical to getting communities and economies back up and running.”

What remains to be seen is how many states will accept North Dakota’s invitation. Several states have told Recode that they don’t plan to incorporate the Apple-Google tool into their apps or contact tracing plans.

That’s surprising, given the initial optimism when the exposure notification tool was first announced. Apple and Google, the companies behind the tool as well as the operating systems used by the vast majority of smartphones in the world, teamed up in the early weeks of the pandemic to create the infrastructure on which a Bluetooth-based contact tracing system could be built. This partnership was unprecedented, reminiscent of the well-worn trope where sworn enemies team up to fight the greater threat. It meant that any app using the tool would have a significantly lower bar to widespread adoption, especially once Apple and Google integrated the new technology into the phones’ operating systems themselves.

Additionally, many — though certainly not all — of privacy advocates’ concerns were addressed by the tool’s strict requirements. Those included that users be kept anonymous; no location data be used; data stay on users’ devices rather than go to a centralized database maintained by a government authority; the system be opt-in only; and that the tool ends when the pandemic threat is over. Altogether, the proposition seemed like a win-win. Surely public health authorities would be champing at the bit to use it.

But with the release of the API, which represents a milestone in the development of a new breed of iOS and Android public health apps, the reality seems different.

First of all, the implementation of the tool is not quite what was initially expected. Two weeks after the initial announcement in early April, Apple and Google changed the name of its technology to downplay its role, calling it an “exposure notification” tool rather than a “contact tracing” tool. This was meant to stress the tool’s role as an aid to contact tracing efforts rather than the contact tracing effort itself. Apple-Google have repeatedly stressed that they have only created a tool, and it is up to public health authorities to develop, implement, and manage apps based on it as they see fit (within Apple-Google’s strict guidelines, of course).

Some countries publicly clashed with Apple-Google over its privacy-preserving restrictions and developed their own apps when Apple-Google wouldn’t budge on things like allowing them to have a centralized database. But apps that didn’t use the Apple-Google tool drew complaints that they were buggy and didn’t work correctly, as only apps that used the tool could run smoothly using minimal battery life in the background.

So other countries have decided it was worth agreeing to Apple and Google’s terms and conditions to have the best possible chance of producing a functional app. But with no location data being tracked and no centralized database to store it, the apps they could build are severely limited in the amount of data they can collect. And therefore, public health authorities can get limited benefits from the apps that use the Apple-Google tool.

In the absence of a national effort led by the Trump administration, individual states are beginning to reopen and assemble a patchwork of contact tracing plans. This raises the question of which states, if any, are willing to make use of the tool at all.

In an attempt to answer this question, Recode asked Apple and Google multiple times if any public health authorities had agreed to use it. Aside from the mention of participation from Alabama, North Dakota, and South Carolina in press materials, the companies did not offer any details of more widespread adoption. Recode also reached out to all 50 states as well as Washington, DC, and the Department of Health and Human Services to ask if they were planning to use the Apple-Google tool. Of the 30 states that responded, none confirmed they were using it, and several said they weren’t.

But again, we now know there are at least three using the tool, though it’s unclear how far along they are in developing their apps.

North Dakota told Recode it already had an app, called CARE19, and then spoke to the Washington Post about its struggles getting Apple and Google to let it use their tool in its existing app. The CARE19 app uses location data, which the Apple-Google tool forbids, so North Dakota ended up building a second, separate app using the new exposure notification tool.

Alabama Department of Public Health’s Karen Landers told Recode on May 18 that the state “has not decided” whether to use the Apple-Google tool. Two days later, Alabama announced that, along with the University of Alabama System and the University of Alabama at Birmingham, it had a “partnership” with Apple and Google to “harness technology to accelerate exposure notification to slow the spread of COVID-19.”

South Carolina, which did not respond to Recode’s request for comment, announced today that it was using the Apple-Google tool for its SC Safer Together app.

Other states indicated to Recode that they were focusing their limited resources on a tried and true contact tracing tool called human beings. This involves health officials questioning people about who they’ve seen in an effort to trace the spread of the virus, and the states using human-based contact tracing will use with technology to organize and facilitate their efforts, rather than replace them. A recent ProPublica report suggests that this may still be the best method, with health experts saying that something like the Apple-Google tool, which relays no data back to public health authorities and relies on widespread adoption to be effective, will be of limited use.

So, many states seem to be using a mixture of new and old-fashioned methods. Maryland, for example, is using a platform called “COVID Link” to assist traditional contact tracing methods after a known exposure, as opposed to contact tracing apps that track all contact whether or not someone tests positive. As Charles Gischlar of the Maryland Department of Health told Recode, the state “continues to explore all options and technologies available, but there are currently no plans to use contact tracing apps.”

North Carolina is taking a similar tack. Amy Adams Ellis of the North Carolina Department of Health and Human Services told Recode that the state is “using a new software system to support contact tracing efforts.” That system does not include the apps that use Bluetooth, GPS, or other location-based tools.

Several states are using a tool called Sara Alert. Built by the nonprofit Mitre Corporation, Sara Alert is an open source project developed with the cooperation of several state public health authorities, which is similar in some ways to what Apple and Google are trying to do. Arkansas, Idaho, and Pennsylvania all told Recode they were using the Sara Alert system.

“Apps are not for everyone and while they may help in the process, we are going to start each contact investigation by calling each person,” Barbara LaBoe, spokesperson for Washington state’s COVID-19 Response team, told Recode. “We also are still working to get an understanding of the various privacy and security issues involved in those apps and tools,” LaBoe added.

Finally, the state hit hardest by the pandemic, New York, told Recode, “We are evaluating various technology applications that could assist in the initiative, but the key to effective contact tracing is direct outreach by individuals to work with a positive case to successfully identify their contacts.”

At the time of the API launch, Apple and Google would only say that several states have expressed interest in the tool. The companies would not give an exact number or offer more details about plans from public health authorities. Some states indicated to Recode that they are taking a wait-and-see approach, so it’s possible that several may join Alabama, North Dakota, and South Carolina in the coming days. It’s also possible that some states will change their minds and come around to the Apple-Google technology. That’s what Germany did. In fact, of the many countries using contact tracing apps, a handful of countries like Austria, Ireland, and Switzerland have committed to using the Apple-Google tool.

In the weeks to come, significant questions remain about how successful contact tracing and exposure notification technology will be. This depends on how many people download and use the technology offered in their region, not to mention the integration of other efforts, like human-based contact tracing. So while the Apple-Google tool hasn’t had the universal acceptance that might have been expected when the tool was first announced, it’s not a total flop.

By all appearances, it looks like Apple-Google wanted to contribute to society and make their mark on fighting the spread of coronavirus, and that’s laudable. But it’s now clear that the two companies also, characteristically, wanted to do it only on their terms, even if it meant reducing the efficacy of the apps based on their tool from a public health agency perspective. And when two massive companies control nearly 100 percent of the smartphones out there between them, they can dictate whatever terms they want — even in a worldwide crisis.