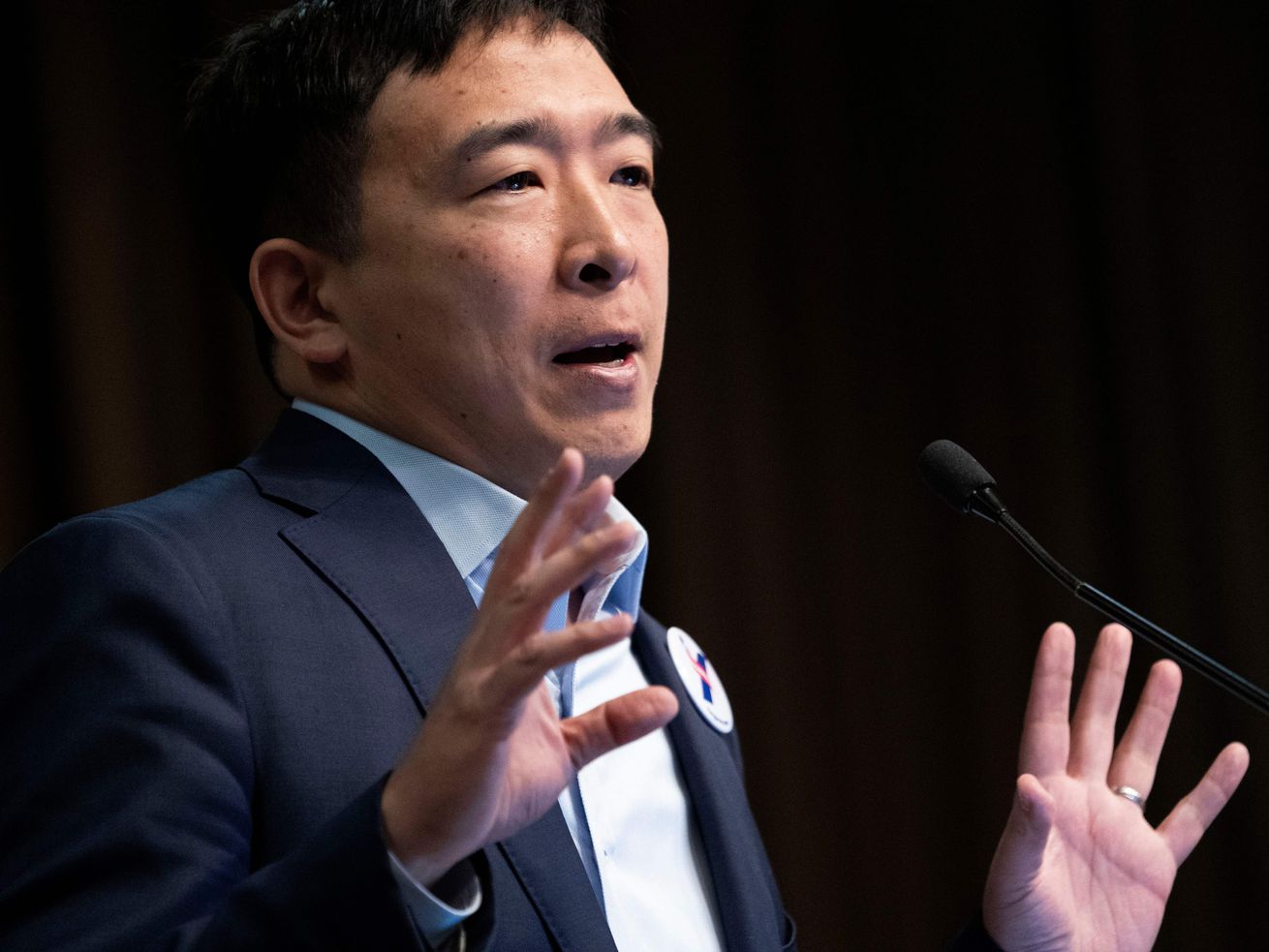 Yang, a startup veteran and founder of the nonprofit Venture for America who has never run for elected office before, had already added a “decriminalize opioids” plank to the list of nearly 100 enumerated policy stances on his campaign website. But on Sunday, he fleshed out that stance, spelling out the specific drugs he would decriminalize when found in small amounts and saying that the goal of decriminalization is to get more Americans into treatment, and out of jail.

In response to a question from a student at Trinity-Washington University, Yang described opioid addiction as a “plague” that has reduced Americans’ life expectancy and surpassed deaths from car crashes as a leading cause of death. And he added, “the federal government was complicit in enabling this opioid epidemic,” describing federal officials as “standing by” while pharmaceutical companies dispensed drugs like Oxycontin as a “non-addictive wonder drug,” leaving Americans to deal with the aftermath.

He used the example of a high school student in Iowa he spoke with who described his classmates grappling with addiction to opioids and their concerns about the consequences of reaching out for help. “We have to do more to get treatment into the hands of that teenager’s classmates,” he said, referencing countries like Portugal that have decriminalized opioid use for personal use, differentiating dealers and suppliers who are engaged in a “criminal enterprise” from individual users.

“Instead of referring you to a jail cell, we refer you to treatment,” Yang said. “And that is what we need to do right here in the United States.”

Yang also added that he supported the decriminalization of cannabis, a position he made clear during the National Action Network conference in April when he said, “I would legalize marijuana and then I would pardon everyone who’s in jail for a nonviolent drug-related offense. I would pardon them on April 20, 2021 and I would high-five them on the way out of jail.”