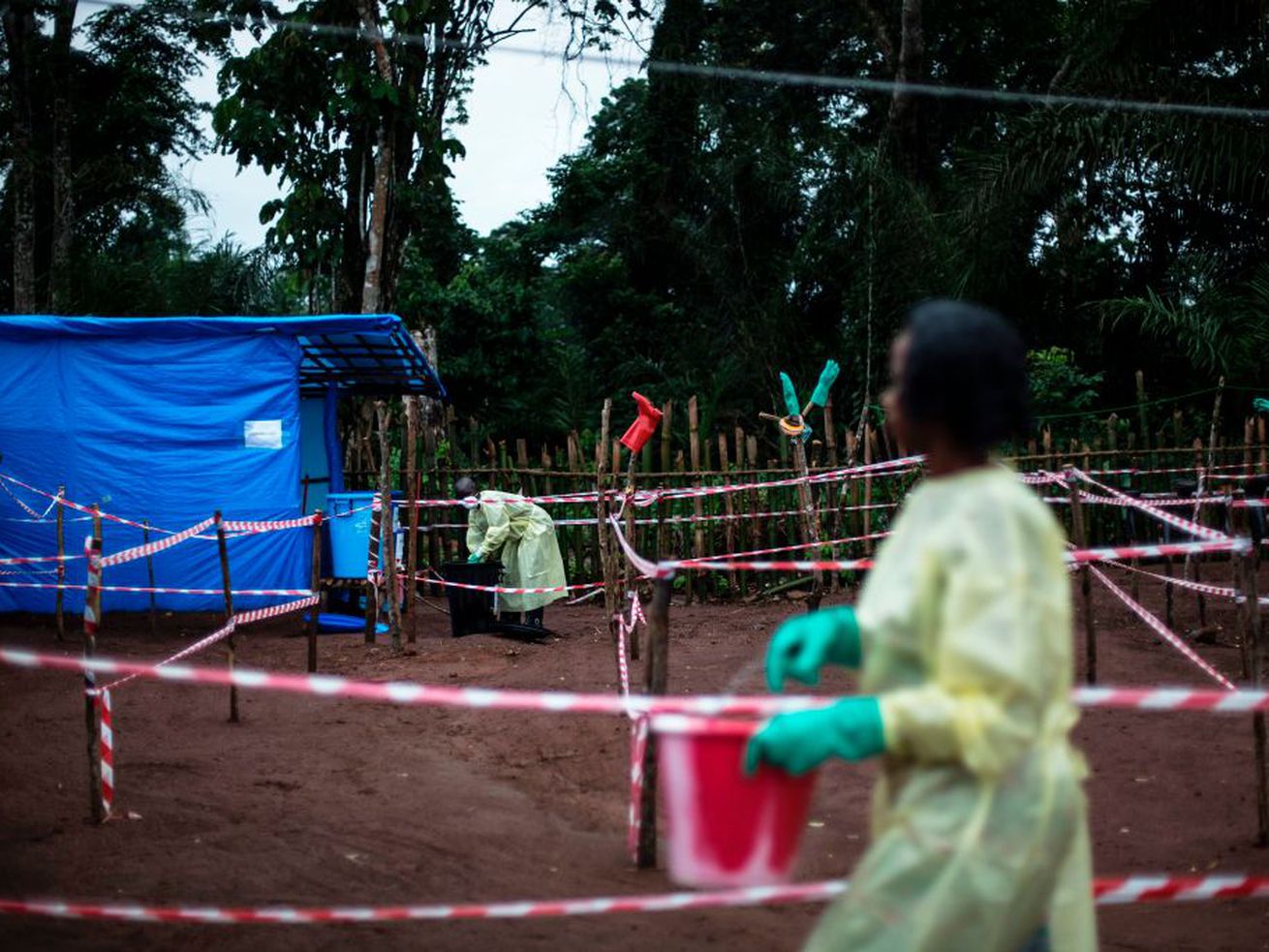 The DRC’s most dangerous region is facing the seventh-largest Ebola outbreak in history.

The fight against Ebola in the Democratic Republic of the Congo is facing a “perfect storm” that could help an outbreak spin out of control, the World Health Organization warned Tuesday.

The storm’s main ingredient: insecurity brought on by war. The outbreak response is based in North Kivu, a conflict zone that borders Rwanda and Uganda. More than a million people are displaced there, and armed opposition groups have been carrying out deadly attacks on civilians. The conflict even forced the WHO to halt its response in one epicenter for a week.

The #Ebola response in DRC is at a critical juncture. Attacks in Beni where our response command is based resulted in many civilian deaths & put our operations in lockdown. Affected areas now spread across hundreds of kilometers. We are extremely concerned & planning accordingly. pic.twitter.com/Td78mHlU9i

But there are “no plans” to pull health workers out of the country, the WHO’s emergency response chief Peter Salama, said in a press briefing Tuesday.

Since the outbreak was declared on August 1, there have been 150 confirmed and probable cases, and more than 100 deaths. While the case toll has been slowing in recent weeks — from 40 per week to around 10 — Salama warned of “a series of grave obstacles” that the global health community is now facing to bring it to an end.

Chief among them: “community resistance and mistrust,” Salama said. This mistrust has caused some people who are eligible for Ebola vaccines and treatments to refuse them. Local politicians have also “exploited and manipulated” peoples’ Ebola fears ahead of a December election.

The geographic spread of this outbreak is another ingredient in the storm. Ebola cases are spread, from north to south, across a 124-mile area. And there are “red zones” often too violent for health responders to reach.

“It’s arguable that this is the most difficult context in terms of responding to Ebola outbreak,” Salama said.

The worst-case scenario is that the Ebola virus continues to spread in North Kivu and moves across the border to other countries. If that happens, we could be facing a nightmare like the 2014-15 Ebola epidemic, during which more than 11,000 people died. The only good news: This time we have an effective vaccine.

The Ebola virus is a hemorrhagic fever that kills many of its victims — but that death rate can be highly variable depending on the resources patients and doctors have access to. That means Ebola tends is deadlier in poorer countries like the DRC than it is in the US or Europe.

To get Ebola, you need to have direct contact with the bodily fluids, like vomit, urine, or blood, of someone who is already sick and has symptoms. When the disease strikes, it’s akin to the worst and most humiliating flu you could imagine.

People get the sweats, along with body aches and pains. Then they start vomiting and having uncontrollable diarrhea. They experience dehydration. These symptoms can appear anywhere between two and 21 days after exposure to the virus. Sometimes patients go into shock. In rare cases, they hemorrhage.

For fatal cases, death comes fairly quickly — within a few days or a couple of weeks of getting sick. Survivors return to a normal life after a months-long recovery that can include periods of hair loss, hearing loss, and other sensory changes, weakness, extreme fatigue, headaches, and eye and liver inflammation. In a phenomenon now called “post-Ebola syndrome,” the disease, scientists have learned, can continue to live in other parts of the body or bodily fluids, including the eyeballs or semen of survivors, for months after the blood is declared virus-free.

Since 1976, there have been more than 30 known Ebola outbreaks, including nine in the DRC before the current outbreak. The current one was identified only weeks after another Ebola outbreak in the DRC was declared over. That means health officials have plenty of experience responding to Ebola cases in the DRC.

This is already the seventh-largest outbreak in Ebola history

But this outbreak is worrying large — already the seventh-largest in Ebola history. And as Salama pointed out Tuesday, its backdrop is the most dangerous province in the country.

However, even in the unstable political climate, Salama said, more than 11,000 doses of the experimental Ebola vaccine have been given out, which is the vaccine’s largest field test during a live outbreak.

Merck’s rVSV-ZEBOV is the first highly effective Ebola vaccine, and it was thought to be an extremely useful tool in the DRC’s last outbreak earlier this year.

But the success of the vaccine will depend on health officials being able to reach patients with the vaccine and patients accepting it. And if this “perfect storm” strengthens, neither will be a given.