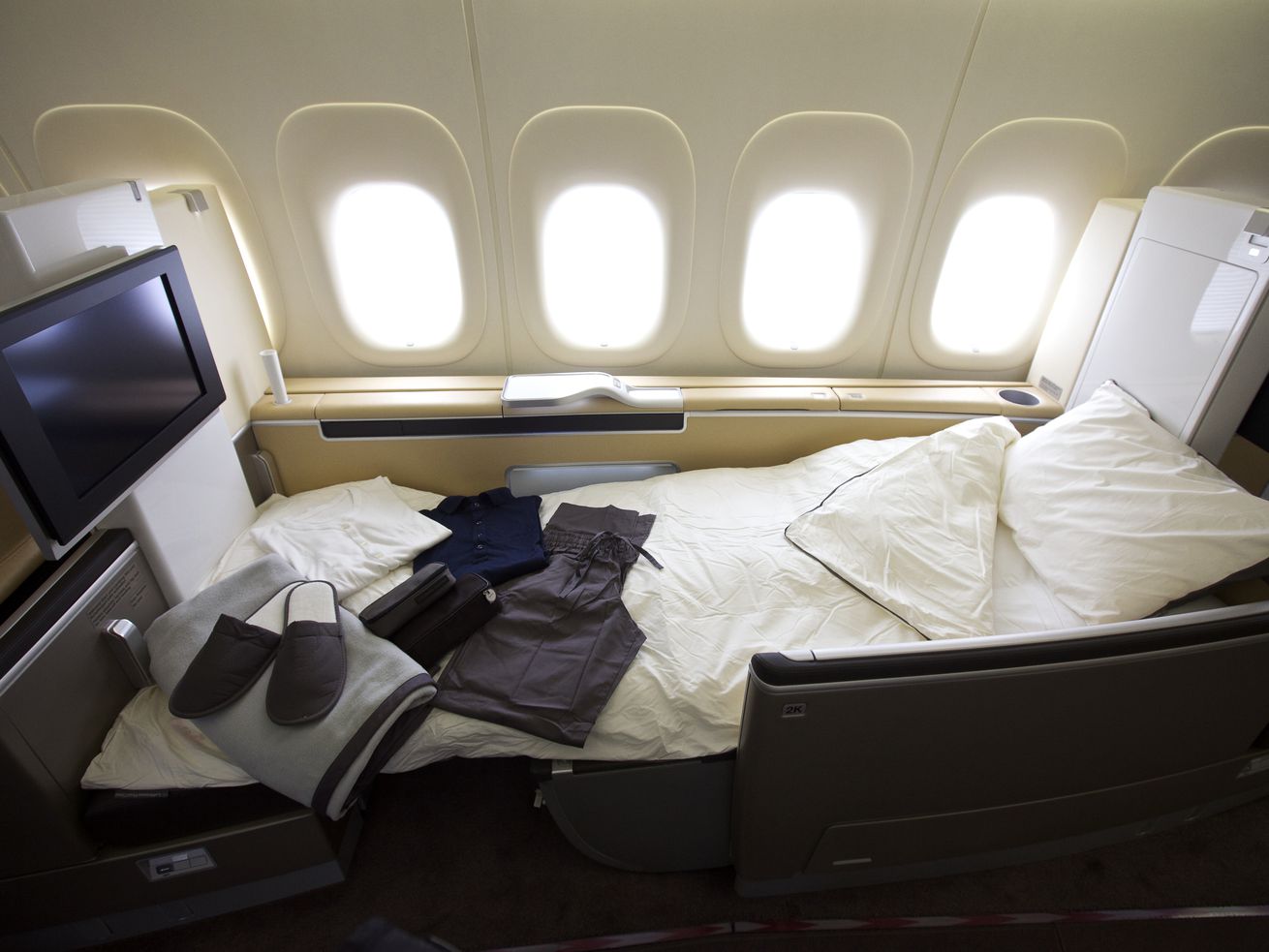 Do unbundled air fares make seat bidding worth it?

The list of things not included with your plane ticket seems to be constantly growing. First it was food, then it was checked bags, and now it’s your literal seat assignment. Buying a plane ticket has been stripped down to mean that you are paying for your mere right to get on the plane; anything else is extra.

These extra fees are known as “ancillary revenue,” and in 2017, the top 10 airlines brought in $29.7 billion of it, according to a report by IdeaWorks. In the past few years, some airlines have added a new source to that revenue stream: seat bidding, allowing passengers in economy to enter an auction on upgrades to first class. The idea is that instead of seats going empty, airlines will make more than nothing on the available first-class space, and you will pay less than full price for an upgrade.

This unbundling of air travel, which has made flying increasingly unpleasant over the past few years, has seemed to hit a wall. Carriers have no more necessities they can limit and then charge extra for, so they have moved on to selling “luxuries,” many of which used to be included in coach seating, for whatever price you are willing to pay.

Bidding for first-class seats is popular among budget airlines such as Norwegian Air, Wow Air, and Virgin Australia, which charge extra for all amenities, though some larger carriers like Lufthansa and Cathay Pacific also offer seat bidding.

After you complete your booking and as your travel date approaches, you will either be prompted by an email or directions will be available on the air carrier’s website to place your bid for an open premium seat. Bidding for most airlines is a blind auction, so you don’t see what others are offering. However, there is a bid minimum, usually around $100, so you can’t bid a penny and just hope that no one else made an offer.

Your bid must be made at least 72 hours before your flight, and depending on your air carrier, you will know if you’ve won the auction between 24 and 48 hours before boarding. If you win the bidding, you get the upgrade and money back from any extras you purchased that are now included with your ticket. Airlines that offer the service do so mostly on their international flights.

So, of course, the next question is: Is it worth it? To test this out, I decided to search for tickets on Norwegian Air, which has offered premium seat bidding since May 2017. Its tickets range from LowFare, the cheapest, to PremiumFlex.

A Premium ticket for this same flight is $630.90 and includes two checked bags, a seat reservation, the ability to skip the security line, meals, and access to the Norwegian Air lounge at select airports.

If you buy a LowFare ticket along with one checked bag, one meal, and a $12 seat assignment, the total would come out to $266.90. Now let’s say you bid $200 on a Premium seat and win. Your cost would be $344.90 — only $78 more — and would include all the Premium benefits. You would get the money back from the add-ons in your initial purchase, along with even more perks.

Norwegian Air says the bidding has increased the sales of unbooked premium seats, more so than when it used to offer a flat-rate upgrade at the airport. “This service opens it up to more customers and with less hassle,” Norwegian Air director of communications Anders Lindström says.

If you’re traveling with a major American carrier, though, bidding might not be an option. Although American Airlines was one of the first to pilot the program, it does not offer it anymore; neither do major air carriers Delta or United. Bigger air carriers with large loyalty programs have more obligation toward those who have used their service for years, and while Lufthansa and Cathay Pacific offer bidding, many carriers that offer seat bidding are low-cost airlines that cater to the opportunistic flier who is looking for a deal.

The technology behind seat bidding

Most airlines that offer bidding services do so through Plusgrade, a Canadian travel tech company that creates air travel “upsell opportunities.” Through Plusgrade, airlines can customize what they allow customers to bid on. For example, Lufthansa passengers can update not only to first class but to business or premium economy seats. Airlines also have the option of displaying a “strength meter” during the bidding, which indicates how competitive a passenger’s bid is and offers a bit more transparency to the blind auction.

Plusgrade is not the only tech company in the airline ancillary game, though. The startup app SeatBoost provides a bidding platform for ticket upgrades, but unlike the blind auction offered by Plusgrade, SeatBoost passengers can see who and what amounts they are bidding against. The app shows bids on a leaderboard, which shuffles in real time based on who is winning. Another key difference is that SeatBoost bidding opens a mere 90 minutes before the flight. CEO Kevin Stamler says this was to remain outside the “booking curve” that already exists. In its pilot program with Virgin America, SeatBoost sold 94 percent of empty premium seats at an average of 71 percent of the fixed upgrade price offered by the airline itself.

Stamler says the gamified experience can help to neutralize the “antagonistic” nature of ancillary costs and make people happier because they feel they have won something. “There’s not very many pieces of ancillary revenue for airlines that when you pay for them, you smile,” Stamler says. Because, yes, paying more for something you don’t need rarely inspires happiness. But if it seems like everyone else wants that thing you certainly don’t need, it’s suddenly worth bidding on.

Seat bidding is emblematic of the way airlines are trying to maximize dollars in a world where rising oil costs, among other factors, make it harder for them to turn a profit. And it’s a sign that air travel is not the exciting, special-occasion experience it once was.

First class used to carry an elite status that came with a level of comfort and luxury, but few expect that out of their flights anymore, and research shows consumers prioritize price over little things like comfort and even safety. But for those who have the funds and are averse to being crammed into economy, airlines have found a way to squeeze a few more dollars out of them.

And with the possibility of standing flights and even tinier plane toilets on the horizon, that cost may seem more and more worth it.