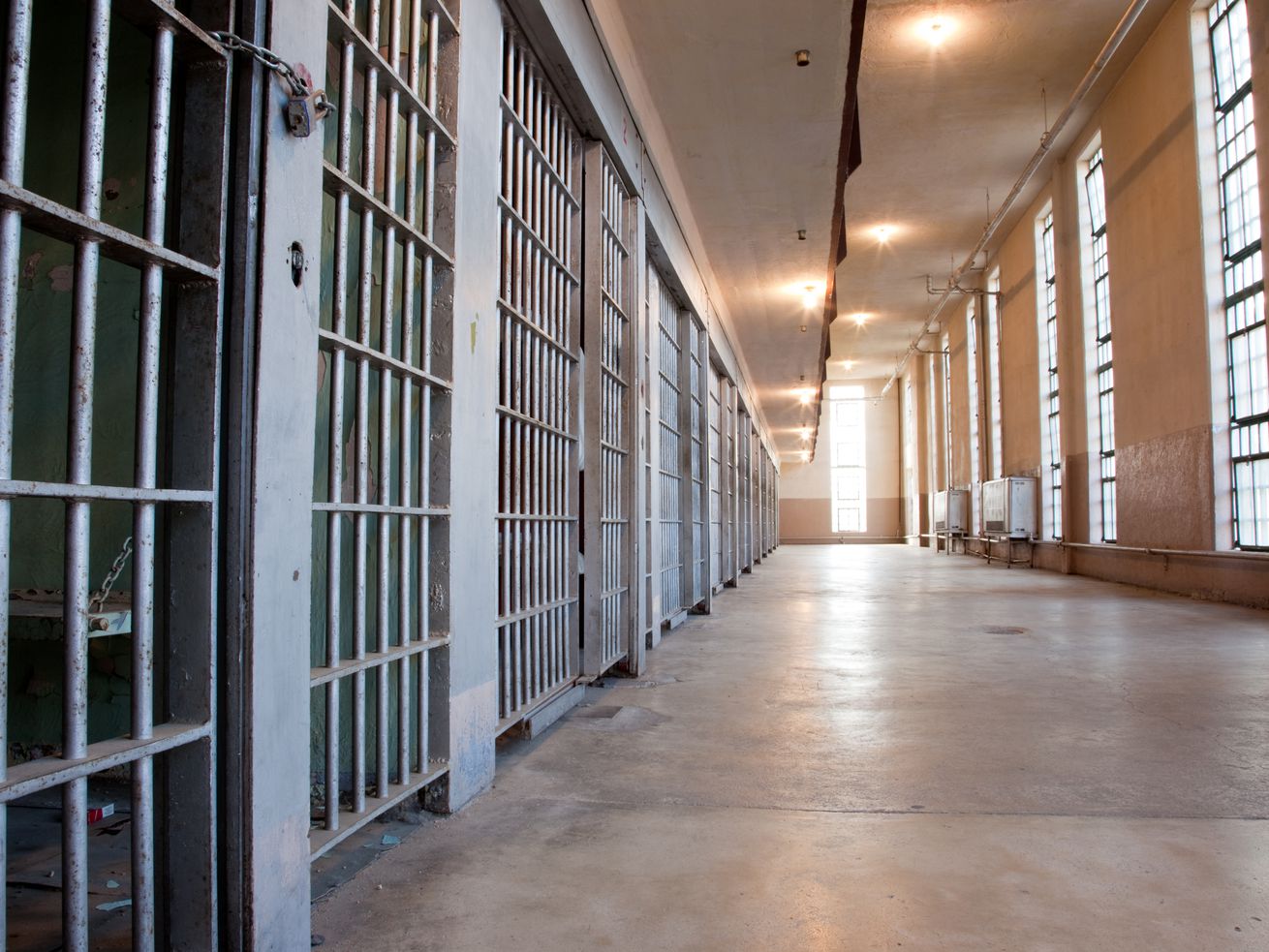 On July 31, 2018, Diana Sanchez says she was left alone for hours as she went into labor. On August 28, she filed a lawsuit over the incident. | MivPiv/Getty Images/iStockphoto

Diana Sanchez’s federal lawsuit in Denver is part of a much larger issue facing incarcerated women.

Diana Sanchez says that she was all alone when she gave birth.

Sanchez was 26 years old and more than eight months pregnant in 2018 when she was admitted to the Denver County Jail on charges related to identity theft. Weeks later, at around 5 am on July 31, she began having contractions. She writhed in pain on a thin mattress as she went into labor, an hours-long ordeal where she continually screamed and pleaded for jail staff and nurses to get her and her soon-to-be-born child to a hospital.

Shortly before 11 am, Sanchez gave birth to a baby boy inside her cell, without any assistance, pain relief, or medical aid. Her ordeal was captured on a surveillance video and shown on a live video feed that jail officials are expected to monitor at all times.

”The pain is indescribable,” Sanchez told Denver news outlet KDVR that August. “What hurts me more, though, is the fact that nobody cared.”

On Wednesday, Sanchez filed a federal lawsuit in US District Court in Colorado; the suit names the city and county of Denver, the Denver Health Medical Center, and six individual people as defendants. The lawsuit argues that Sanchez endured a “horrific experience” and that nurses and deputies “callously made her labor alone for hours.”

According to the Washington Post, the lawsuit comes months after the Denver Sheriff’s Department launched an internal investigation into the incident. The agency cleared its deputies of wrongdoing and, in a statement to the Post, added that it “has changed its policies to ensure that pregnant inmates who are in any stage of labor are now transported immediately to the hospital.”

“They claim to have done a review and their conclusion is that nothing was wrong with the fact that a woman was never taken to the hospital and ended up giving birth in a dirty, cold, hard jail cell,” Mari Newman, an attorney representing Sanchez, told the Washington Post this week. “It’s really unfathomable.”

Sanchez’s ordeal is far from the first time that such an incident has been reported. In recent years, there have been a number of reports detailing the struggles pregnant women go through in America’s prisons and jails.

Some women have reported being kept in isolation for extended periods before giving birth, locked in cramped rooms for more than 20 hours a day. Others have described being served inadequate meals while incarcerated, starving their bodies of the nutrients needed for a healthy delivery.

In some states, women have reported being strip searched before they could leave for the hospital. And that humiliation is often followed by these women being shackled during their transport to and from the hospital. Sometimes women are also shackled or handcuffed as they give birth.

Then, in cases similar to Sanchez’s, women have reported being ignored after telling their guards, doctors, and nearby nurses that they were going into labor, leaving them to deliver their children alone and without medical assistance inside prisons and jail cells.

It’s all led to increasing attention from activists in recent years, with civil rights groups, medical organizations, and politicians arguing that the basic needs of pregnant incarcerated women — who are disproportionately likely to be women of color, have low-incomes, or struggle with issues like chronic health issues, mental illness, and addiction — are going ignored. Adding to that poor care is an already stressful time that is made more stressful by the limits of being incarcerated.

For a justice system that already struggles to address medical care generally, the needs of incarcerated pregnant women are becoming an urgent public health concern in America’s justice system. And the number of women incarcerated in the US is only growing.

One of the most basic issues when it comes to fixing maternal care in prisons and jails is that we just don’t know how many pregnant women are incarcerated in the United States.

This is largely due to the fact that this specific group of women is not always tracked during the admission process. Some facilities track how many pregnant women are admitted but not how many births occur during incarceration. Others track both; some track neither. The data collected and care options available can differ depending on if a woman is held at a jail or in a prison, or if she is being incarcerated at the state or federal level. Each state handles the issue differently.

Not to mention, there’s no single database tracking pregnant women incarcerated in the US, making it difficult to gauge exactly how many women this issue affects.

But there’s good reason to think these numbers have changed since they were first reported. The number of women incarcerated in jails and prisons has increased exponentially in the past few decades; currently, estimates find that there are more than 200,000 women behind bars in the US. The growth in the number of incarcerated women actually outpaces the growth of the male incarcerated population. As of now, the US holds more than 30 percent of the world’s incarcerated women.

Some researchers are working to better understand how many pregnant women are incarcerated. In April, Dr. Carolyn Sufrin, an OB-GYN at the Johns Hopkins School of Medicine, and a team of researchers published a study in the American Journal of Public Health that looked at the outcomes for pregnant women incarcerated in prisons. The research is part of the Pregnancy in Prison Statistics (PIPS) Project, a data effort led by Advocacy and Research on Reproductive Wellness of Incarcerated People (ARRWIP).

The study, which tracked how many pregnant women were admitted to 26 federal and 22 state prisons (the group it tracked accounts for roughly 57 percent of all women in US prisons) found that from 2016 to 2017 there were roughly 1,400 pregnant women admitted to these facilities, and there were 753 live births. The study also tracked how many pregnancies ended in miscarriages, stillbirths, abortions, or maternal deaths. However, it did not specifically look at the different types of care incarcerated women receive or what happens to their children after delivery.

“That prison pregnancy data have previously not been systematically collected or reported signals a glaring disregard for the health and well-being of incarcerated pregnant women,” the study authors note.

The growing effort to understand these issues has been largely led by the academic work of researchers like Sufrin, advocates and civil rights organizations focused on prison and jail policy, lawsuits from women who allege mistreatment while they were incarcerated, and media investigations into the experiences of women who gave birth behind bars.

It’s led to heightened attention to issues like “shackling,” which in the case of pregnant incarcerated women usually involves restraining a woman’s arms, legs, or waist as she is transported, and , in some cases, also as she is delivering her baby. Groups like the American Medical Association and the American College of Obstetricians and Gynecologists disagree with this practice, saying that handcuffs and other restraints can cause complications for pregnant women and can make it more difficult for doctors to provide treatment.

Still, even while shackling pregnant or postpartum women has been prohibited in more than two dozen states, there are still high-profile instances of it happening. In 2018, for example, a Bronx woman identified only as Jane Doe in court documents reported that she was handcuffed during her hospital delivery. She had gone into labor in a police holding cell in February of that year. But when police transported her to the hospital, they refused to remove the restraints, despite a doctor asking them to do so, noting that shackling is illegal in New York. They only removed some of the restraints after the woman struggled for close to an hour; her wrist was still restrained when she gave birth. In December 2018, the woman filed a lawsuit.

Reports on the struggles pregnant women face in jails and prisons have also highlighted other issues. In a 2015 investigation, In These Times spoke with 12 women who were incarcerated during their pregnancies. The investigation found that “many received no medical care or experienced long waits. Most were constantly hungry. Others were restrained during labor, delivery or postpartum recovery, even in states that ban the practice. The majority of those who gave birth in custody had their infants taken away within 48 hours.”

This past spring, Rewire.News reported on the issues faced by women who are isolated in medical units or other holding cells shortly before their deliveries and after giving brith. “You don’t want to go through [labor and birth] alone, and you go through it alone,” one woman told the outlet.

Officials overseeing prisons and jails caught in these controversies often defend themselves by saying that they did not break any policies when dealing with pregnant women. But rather than making their actions okay, that exposes a larger problem: Despite the increasing number of women entering the prison system, the ways that gender interacts with incarceration still are not well known. And some experts argue that this is because incarceration is still most often understood through the ways that it affects men.

“Women’s unique needs are often overlooked or considered an afterthought,” Amy Fettig, the deputy director of the American Civil Liberties Union’s National Prison Project, told NPR in June. “So we see practices like placing women in solitary confinement when they’re pregnant; we see hideous practices like shackling them when they’re giving birth, all done as a knee-jerk reaction to how the system treats men.”

Unfortunately, even as some states pursue reforms — like Maryland, which recently passed a law that will prohibit the forced isolation of women about to give birth — these stories continue. In April, for example, there was the story of Tammy Jackson, a black Florida woman whose cries for help were ignored by Broward County Jail guards, leaving her to deliver her baby alone in an isolation cell.

It suggests that passing laws alone will not solve the issue. Rather, guards, nurses, and other workers inside America’s jails and prisons need to be better prepared to acknowledge, respect, and respond to the unique needs of pregnant women, many of whom say they have been humiliated during their time in incarceration.

Newman, Sanchez’s lawyer, says that at the very least, these systems need to improve to protect themselves. “I would like to think that institutions and people will do the right thing for their own sake,” she told the Post. “But apparently that’s not the case.”