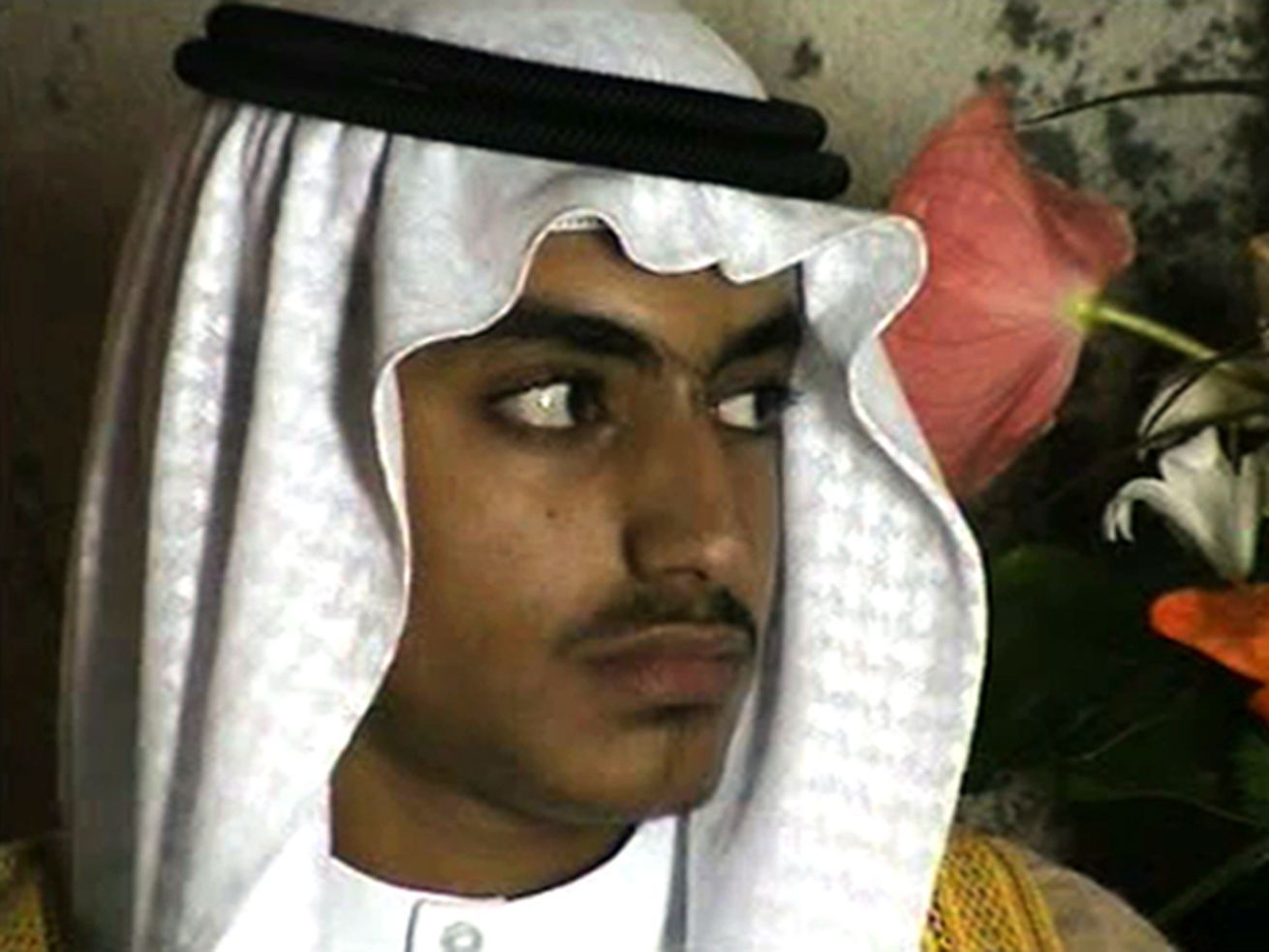 Hamza bin Laden in footage from a video taken on his wedding day. | CIA via the Associate Press

Hamza bin Laden is believed to have been the last of Osama’s sons with ties to al-Qaeda.

A senior member of al-Qaeda and son of 9/11 mastermind Osama bin Laden, Hamza bin Laden, was killed in a US counterterrorism operation, the White House announced on Saturday.

Bin Laden’s death was first reported on July 31. The news was met with skepticism from some corners, given terrorist leaders have been reported dead before only to resurface months later. Anonymous intelligence officials cited in the reports also would not, or could not, indicate whether the US had been involved in his death, which they said had occurred within in the last two years.

Saturday’s announcement also did not say when or how bin Laden had been killed. In a statement from President Donald Trump, the White House confirmed his death and claimed responsibility for the attack that killed him:

“Hamza bin Ladin, the high-ranking al-Qa’ida member and son of Usama bin Ladin, was killed in a United States counterterrorism operation in the Afghanistan/Pakistan region,” the statement read, using alternate spellings for the terrorist organization and bin Laden family name.

Hamza bin Laden was believed to be in his early 30s at the time of his death, and was married to the daughter of Mohammed Atta, the lead hijacker in the September 11 attacks.

It is not unusual for information about the deaths of reclusive terrorist leaders to be spotty, as Vox’s Jennifer Williams has reported. Senior al-Qaeda operative Mokhtar Belmokhtar and ISIS leader Abu Bakr al-Baghdadi have both been reported dead — only to be later found alive and well — many times. Intelligence gathering is difficult in remote or chaotic regions, and heavily-pursued leaders are also skilled at concealing their movements.

US officials also often keep the details of the sorts of operations that would take out a terrorist leader under wraps, for fear of revealing classified sources or military methodology. It is likely these reasons are the cause of the delay between initial reports of bin Laden’s demise and the White House’s statement.

While Saturday’s confirmation of Hamza bin Laden’s death is the clearest indication to date that he is, in fact, dead, it is yet unclear what kind of effect that will have on the al-Qaeda network.

Some counterterrorism experts feared the young bin Laden could use his family name to rally al-Qaeda’s forces, and that he was beginning to assume more responsibilities within the organization, which is currently run by Ayman al-Zawahiri, Osama bin Laden’s former top aide.

During a February briefing on the scion, Assistant Secretary of State for Diplomatic Security Michael Evanoff said Hamza was of growing concern because he “has released audio and video messages on the Internet, calling on his followers to launch attacks against the United States and its Western allies, and he has threatened attacks against the United States in revenge for the May 2011 killing of his father by US military forces.”

These actions led the US State Department to call the young bin Laden an emerging terrorist leader earlier this year and to offer up to $1 million for information leading to his capture. UN member states froze his assets and imposed a travel ban on him, and Saudi Arabia revoked his citizenship, according to official newspaper Um al-Qura.

Now, the White House is framing the scion’s death as a major blow for the terrorist organization.

“The loss of Hamza bin Ladin not only deprives al-Qa’ida of important leadership skills and the symbolic connection to his father, but undermines important operational activities of the group. Hamza bin Ladin was responsible for planning and dealing with various terrorist groups,” reads the White House statement.

But as Vox’s Williams notes, it isn’t clear just how much responsibility Hamza bin Laden in al-Qaeda, and it is not clear just how much of an impact his death will have. Even before bin Laden’s death, the terrorist organization was struggling: In recent years, it has faced military opposition by the US and its allies, the death of Osama bin Laden, and competition for recruits and resources by ISIS that has left it a shadow of its former self.

It is true, however, that the younger bin Laden was seen as charismatic, millennial warrior who could use his family name to one day bring the group back to its former strength, a view that led to Hamza’s nickname, the “Crown Prince of Terror.”

However, ahead of his death, the scion had done little to really seize that mantle, beyond his digital calls to arms. With the news of his death on Saturday, though, any prospect of a renewed bin Laden-led al-Qaeda appears to be quelled.