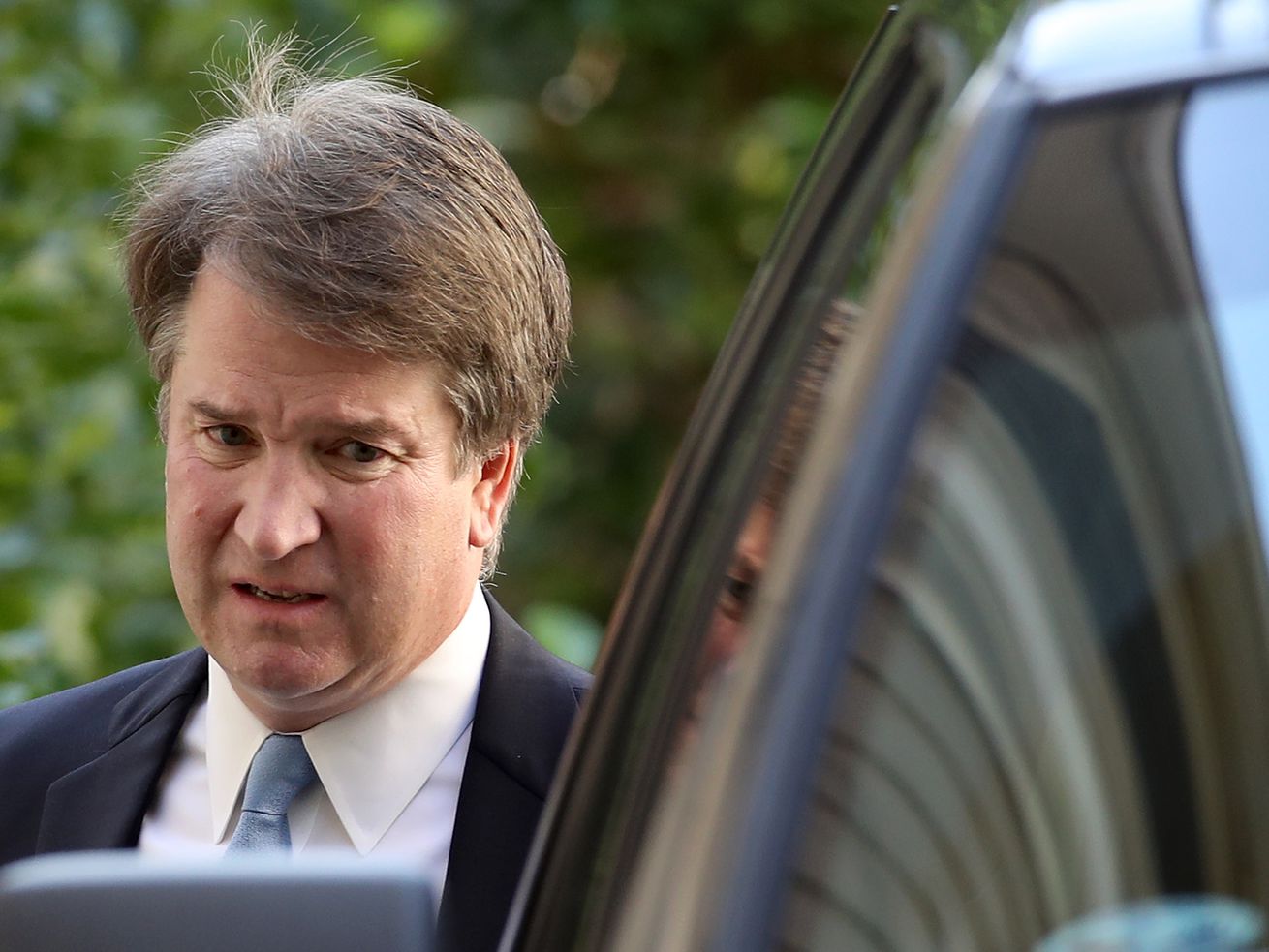 Deborah Ramirez alleges Brett Kavanaugh exposed himself to her in college at Yale.

A second woman has come forward with allegations of sexual misconduct against Supreme Court nominee Brett Kavanaugh, claiming he drunkenly exposed himself to a classmate in college and thrust his genitals in her face without her consent, the New Yorker’s Ronan Farrow and Jane Mayer first reported Sunday.

Deborah Ramirez, who attended Yale University with Kavanaugh, said the incident happened their freshman year of college during a group drinking game. She was sitting on the floor in a circle of students, when one male student — who she later came to realize was Kavanaugh — exposed himself to her. Ramirez added that another student in the group encouraged her to “kiss it,” and that in the process of pushing Kavanaugh away, she touched his penis.

“I remember a penis being in front of my face,” Ramirez told the New Yorker. “I knew that’s not what I wanted, even in that state of mind.”

In a statement, Kavanaugh wrote: “This alleged event from 35 years ago did not happen. The people who knew me then know that this did not happen, and have said so. This is a smear, plain and simple. I look forward to testifying on Thursday about the truth, and defending my good name — and the reputation for character and integrity I have spent a lifetime building — against these last-minute allegations.”

The White House has stood by Kavanaugh, saying in a statement that the most recent allegations were “inconsistent with what many women and men who knew Judge Kavanaugh at the time in college say.”

Ramirez, according to the New Yorker, was reluctant to come forward with allegations because she had been drinking at the time and knows there are holes in her memory. She has called for the FBI to launch an independent investigation into her allegations.

Kavanaugh would have been 18 years old at the time of the alleged incident, a legal adult. During his testimony before the Senate Judiciary Committee earlier this month, he said he had never “committed any verbal or physical harassment or assault of a sexual nature,” during his Senate confirmation hearings earlier this month.

Two of the men who Ramirez said were involved in the incident said they had no recollection of Kavanaugh exposing himself. Several college friends of Kavanaugh and Ramirez also said they never heard of the incident happening at the time. However, another classmate told the New Yorker he was “one hundred per cent sure” someone told him about the incident at the time, and he corroborated some details of Ramirez’s story.

Several Senate Democrats have been investigating Ramirez’s allegations, after having learned about them last week. Republican Senate offices have also been aware of the allegations, according to the New Yorker.

This is the second accusation of sexual misconduct against Kavanaugh, who this summer seemed almost guaranteed to be confirmed to the Supreme Court.

The first allegations came from Christine Blasey Ford, a professor at Palo Alto University in California, who told the Washington Post that Kavanaugh held her down at a high school party in the 1980s and attempted to force himself on her, covering her mouth to quiet her protests.

Ford’s allegations were documented by her therapist in notes from sessions in 2012 and 2013, in which Ford talked about a “rape attempt” and being attacked by students “from an elitist boys’ school.” Kavanaugh denied the accusation, as did another male classmate who Ford said was involved in the incident.

Ford has agreed to testify in front of the Senate Judiciary Committee at 10 am on Thursday.

Senate Republicans have been pushing to get Kavanaugh confirmed this fall, before the midterm elections and the start of the new Supreme Court term on October 1, and spent the week spinning Ford’s allegations as a last-ditch Democratic attempt to hold up the confirmation. However, there was enough pressure from lawmakers that the Senate Judiciary Committee has committed to hearing from Ford and Kavanaugh before moving forward with votes on his confirmation.

Senate Republicans, however, have declined to call for the FBI to investigate either claim of sexual misconduct, and aides told the New Yorker they were concerned Ramirez’s story could derail the nomination further.

The White House, so far, has stood by Kavanaugh. Near the end of last week, President Donald Trump tweeted, “Let her testify, or not, and TAKE THE VOTE!”