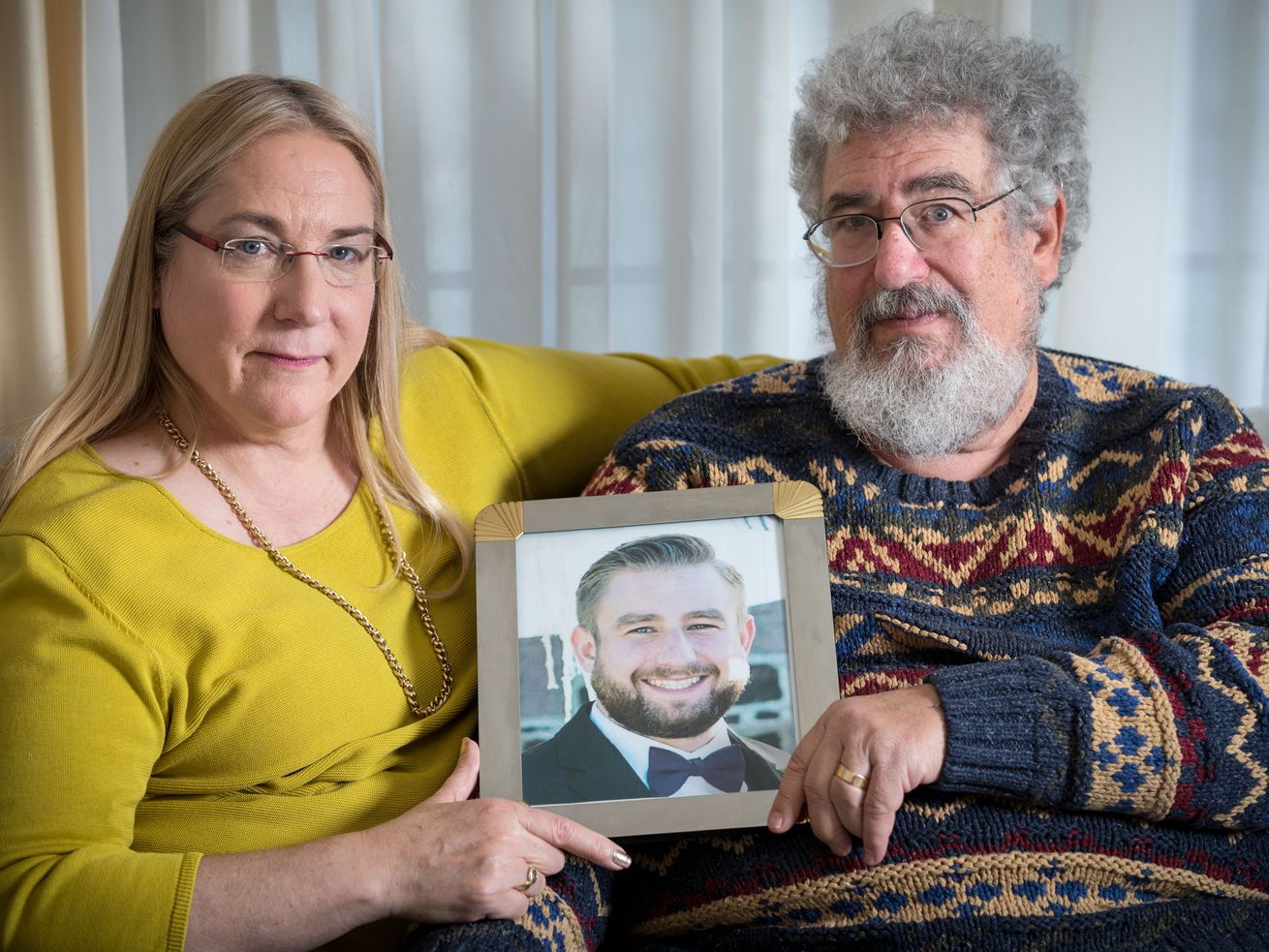 The Washington Times apologized for a since-deleted article that falsely stated Seth Rich and his brother Aaron received money from WikiLeaks for DNC emails.

After years of conspiracy theories in right-leaning media, the brother of Seth Rich — a Democratic National Committee staffer who was murdered in July 2016 — is getting a retraction and an apology from a DC-based conservative newspaper.

The Washington Times, the newspaper that spread rumors not only about Set Rich’s death but also accused his brother, Aaron, of being involved, issued a formal retraction Monday on its website, and apologized to Aaron Rich and his family.

Seth Rich was murdered in the Bloomingdale neighborhood of Washington, DC, in July 2016 in what appeared to be a botched robbery. Seth worked at the Democratic National Committee (DNC) as the director of voter expansion data, and amid the leaked DNC emails during the 2016 election, his death became a source of conspiracy theories across right-wing media, including Fox News but also dozens of smaller (and more fringe) websites and outlets.

The retraction is the first big legal win for the Rich family as it continues to fight back against false allegations that Rich was the source of the DNC emails WikiLeaks shared widely in July of 2016 (he wasn’t) and that he was killed because of his involvement.

The Seth Rich conspiracy theory in short, alleged that Seth Rich was a supporter of Sen. Bernie Sanders’s presidential candidacy and that he released the DNC emails after Sanders lost the Democratic nomination. The theory gained a massive following among many on the Right, including Fox News’s Sean Hannity, even after Rich’s parents wrote a Washington Post opinion piece sharing their ordeal and asking for the rumormongering to stop.

The Washington Times is a right-leaning publication founded by the Rev. Sun Myung Moon with a circulation of about 60,000, known for both producing conservative journalists and publishing articles that promoted white nationalist conferences and rumormongering about President Barack Obama. It took part in spreading falsehoods about the Rich family.

But unlike other outlets, it was forced to retract them. On Monday, the Washington Times issued a retraction of a March 2 article titled “More cover-up questions: The curious murder of Seth Rich poses questions that just won’t stay under the official rug.”

The story argued that Seth’s death had “the earmarks of a targeted hit job” and falsely stated that Seth and Aaron Rich were paid by WikiLeaks for the DNC emails that WikiLeaks published 12 days after Seth’s death. It has since been deleted. In its place on the Washington Times website is a retraction, including statements from the piece that the editors of the Times state they “now believe to be false.”

The retraction is the result of a lawsuit filed by Aaron Rich back in March against not just the Washington Times, but also frequent Fox News guest Edward Butowsky; far-right activist Matthew Couch; and Couch’s company, America First Media. In a statement, Aaron Rich said, “the last two years have brought unimaginable pain and grief to my family and me,” adding that he accepted the Washington Times’ apology and retraction.

As I explained earlier this year, Butowsky, a conservative pundit and a past Fox News commentator, approached the Rich family after Seth’s death claiming he was connected with other people the Richs knew in the Jewish community in their hometown of Omaha, Nebraska, and offered to pay for a private investigator, retired DC detective Rod Wheeler, to investigate their son’s murder.

But according to court filings, Butowsky never told the Riches that Wheeler’s job wasn’t to find Seth’s killer. Instead, he was:

…planning a story that would blame Seth Rich’s murder on the WikiLeaks DNC emails. Wheeler and Butowsky even met with then-White House Press Secretary Sean Spicer to keep the White House in the loop on the sham story, which supporters of President Trump believed would help end the Russia investigation and protect Trump. (Spicer has since admitted to the meeting.) And the Riches had no idea — until May 15, 2017.

That’s when Fox News ran a story, “Slain DNC Staffer Had Contact with WikiLeaks, Say Multiple Sources.” A second story, also published May 15, said that Wheeler was the source. But none of this was true — in fact, the only people who had told Wheeler about WikiLeaks contacts or an FBI investigation (also a part of the original, and false, story) were Butowsky and Fox News investigative reporter Malia Zimmerman.

According to a lawsuit filed by Aaron Rich and a complaint filed by Seth’s parents, Joel and Mary, against Fox News, the plan was clear from the beginning: use Seth Rich as a scapegoat for the DNC email leak in order to absolve the Trump administration. (A court dismissed the suit against Fox News in August.)

Wheeler stated later that he received text messages that day from Butowsky telling him what to say in media interviews:

“If you can, try to highlight this puts the Russian hacking story to rest”

In the retracted Washington Times story, Butowsky is also mentioned: “According to Ed Butowsky, an acquaintance of the family, in his discussions with Joel and Mary Rich, they confirmed that their son transmitted the DNC emails to Wikileaks.” But this was a lie.

“Turn up the heat on Seth Rich”

And for Aaron, it would only get worse. Butowsky and Matthew Couch, who began working together on the Seth Rich story in the summer of 2017, would go on to defame Aaron Rich’s character and argue that he was partially responsible for his only brother’s murder, even after Fox News distanced itself from its own false reporting on the Rich family.

Couch’s website, America First Media, became Butowsky’s favorite platform to discuss not only Seth Rich’s murder, but Aaron Rich’s alleged involvement, even using what they alleged to be Aaron’s Amazon wishlist as “proof” that Aaron Rich was somehow involved in stealing the DNC emails and received money from WikiLeaks from doing so.

They also claimed that Aaron had refused to talk to law enforcement and stated that Aaron had known Seth would be murdered and had done nothing to stop it, aside from warning Seth’s girlfriend to break up with Seth for her own safety. (To be crystal clear, none of this happened.)

As CNN reported on Aaron Rich’s lawsuit against Butowsky, Couch, Couch’s company, and the Washington Times:

Among the body of evidence cited in the lawsuit is an August 15, 2017, Periscope video hosted by Couch. Butowsky, according to the lawsuit, joined the Periscope video as a participant in the chatroom and wrote that “Aaron Rich needs to come out and admit money in his account.” Couch, the lawsuit says, replied, “Ed just put it out there—Aaron Rich accepted money. Aaron Rich had money from WikiLeaks go into his personal account. Think about that. Aaron Rich had WikiLeaks money go into his personal account. Ok?”

Couch and Butowsky’s reasoning for doing so was clear: defend the Trump administration and use Seth Rich so that “the Russian narrative dies.”

According to Aaron Rich’s complaint, he wrote letters to Butowsky and Couch in December 2017 and January 2018, begging them to stop spreading false stories about him and his family, even asking them how they would feel if someone argued they were somehow responsible for the murders of their siblings. But nothing changed — the Washington Times story came out on March 1, 2018, and used Butowsky as a source months after Aaron asked Butowsky to stop smearing his name. Butowsky hasn’t responded to a request for comment.

Legal action against Butowsky, Couch, and America First Media is still continuing. In a statement by the attorney representing Aaron Rich, Meryl Governski, part of the team at Boies Schiller Flexner, Governski said, “The Washington Times’ decision to take responsibility and apologize for its role in propagating lies about our client is a milestone in our case, as well as in the broader effort to shine a light on conspiracy theorists who spread malicious lies for personal and political gain.”

She added: “We will continue our efforts against the remaining defendants, who to this day continue to spread unconscionable lies about Aaron in order to advance their false political narratives.”