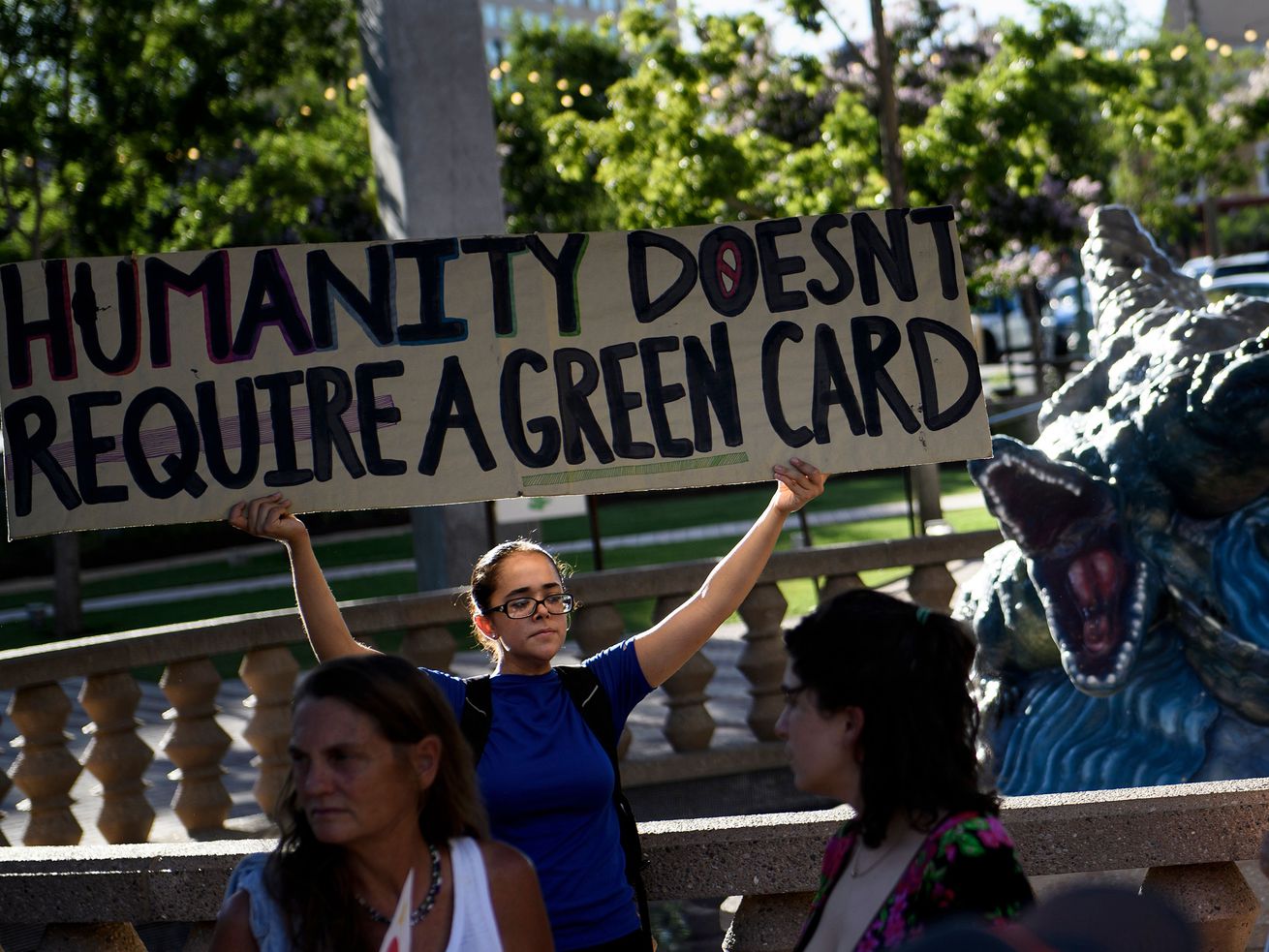 The bill would have been a small fix to the green card system.

A bill that would eliminate per-country caps on employment-based green cards, effectively opening the door to more high-skilled immigrants from India and China, failed on the Senate floor Thursday after Sen. David Perdue (R-GA) blocked the bill.

The bill, which would not have increased overall legal immigration levels, had seemed like it would be a rare moment of bipartisan agreement on one of the most contentious topics of the Trump administration. In July, it passed the House in a 365-65 vote with substantial bipartisan support.

But whether the Senate would pass the bill was an ongoing question. Sen. Rand Paul (R-KY), had previously blocked the bill and Perdue blocked it again on Thursday, saying that he still had concerns about how it would affect specific industries without elaborating further.

Sen. Mike Lee (R-UT), said on the Senate floor Thursday that he would try to assuage those concerns and seek another vote on the bill next week. But there’s no telling whether another senator will block that vote as well.

The failure of the bill, which tackles just a small slice of the legal immigration system and would likely have passed the Republican Senate if it were put to a vote, shows just how hard it has become for Congress to tackle immigration issues. Even in the GOP, consensus on reform to legal immigration appears out of reach.

The bill would have made the green card system more equitable

The US issued a total of 1,127,167 green cards in fiscal year 2017, the most recent year for which data is available. About half of those green cards were issued to new arrivals to the US, who are mostly family members of US citizens or permanent residents and foreigners with US job offers.

Citizens of any one country can only be granted 7 percent of all available employment-based and family-based green cards annually. These country caps, introduced in 1965, replaced a quota system based on national origin, which tied the number of immigrants admitted from any country to past census counts of how many immigrants of their nationality were already living in the US. The change led to a fundamental shift in US immigration, opening the door to more immigrants outside Northern Europe, including, for example, those displaced by conflicts in Southeast Asia.

The country caps were intended to ensure that there was diversity of nationality among those allowed to immigrate to the US. But they have been denounced in recent years as discriminatory toward nations like India and China, which face much longer green card backlogs than any other country.

According to the State Department, some employment-based applicants who have been waiting since June 2008 from China and since April 2010 from India only just became eligible to apply for a green card this month. Wait times among family-based applicants are even longer.

The bill — introduced by Sens. Kamala Harris (D-CA), and Lee, and known as the Fairness for High-Skilled Immigrants Act — is an attempt to address those backlogs, raising the cap for any country to 15 percent for family-based green cards and doing away with it entirely for employment-based green cards.

The bill would effectively send nationals of India and China, who have been waiting for years for a chance to apply for green cards, to the front of the line, meaning that other countries would likely see increased wait times, including Canada and Argentina. Wait times would even out over time once the backlog for Indian and Chinese nationals is cleared.

The bill would be a boon to Silicon Valley, which overwhelmingly relies on high-skilled foreign labor, particularly in the field of engineering. Rep. Zoe Lofgren, whose district includes San Jose, California, and who has reaped substantial donations from Big Tech, had originally proposed the legislation in the House.

Some have criticized the bill as an imperfect attempt to solve the problem of green card shortages. Ira Kurzban, an immigration attorney and professor at the University of Miami School of Law, tweeted Thursday that the bill fails to increase the overall number of green cards and visas available annually; instead, it just re-allocates the existing numbers in a more equitable way.

Paul, meanwhile, initially objected over concerns about nurses immigrating, pushing for the bill to include a provision that would allow 5,000 foreign nurses to come to the US annually on temporary visas for the next decade. The original version of the bill would have increased green card wait times for foreign nurses, many of which come from the Philippines, to about seven to eight years. Under current law, Filipino nurses can be approved practically immediately.

While the version of the bill that Lee proposed for a vote Thursday did not include the exact amendment Paul had sought, it did have a carve out for occupations where there are shortages, which would include nurses.

Other experts have proposed other small fixes: Under current law, there are about 675,000 total green cards available annually, 140,000 of which are allocated for employment-based applicants. To free up the number of green cards available, David Bier, a policy analyst at the libertarian CATO Institute, has suggested that Congress change the way applicants are counted against those caps.

Currently, family members of employment-based applicants count against the 140,000 cap, which eats substantially into the available green cards. Bier has suggested eliminating this policy.

Such fixes, however, can’t substitute for raising overall levels of legal immigration. The existing caps on overall annual legal immigration are simply not designed to accommodate the number of people seeking to immigrate to the US legally and obtain green cards. But raising immigration levels isn’t politically feasible as most Republicans, but not Paul, reject the idea.

It’s proven difficult to work through that kind of impasse, even before Trump: Republicans and Democrats failed to pass a much-anticipated bipartisan comprehensive immigration reform package in 2013. Rather than tackling big immigration issues at once, the approach needs to be incremental, or so says Sen. Marco Rubio (R-FL), who worked on the 2013 bill.

It is perhaps for that reason that the country caps bill, even though it only tackles a small part of the legal immigration system, has generated buzz as an unlikely bipartisan success and signal that a piecemeal approach does work — even earning a cameo on Last Week Tonight with John Oliver.

“It’s not just numerical caps,” Oliver says. “The whole system has a lot of restrictions on who exactly can come here.”